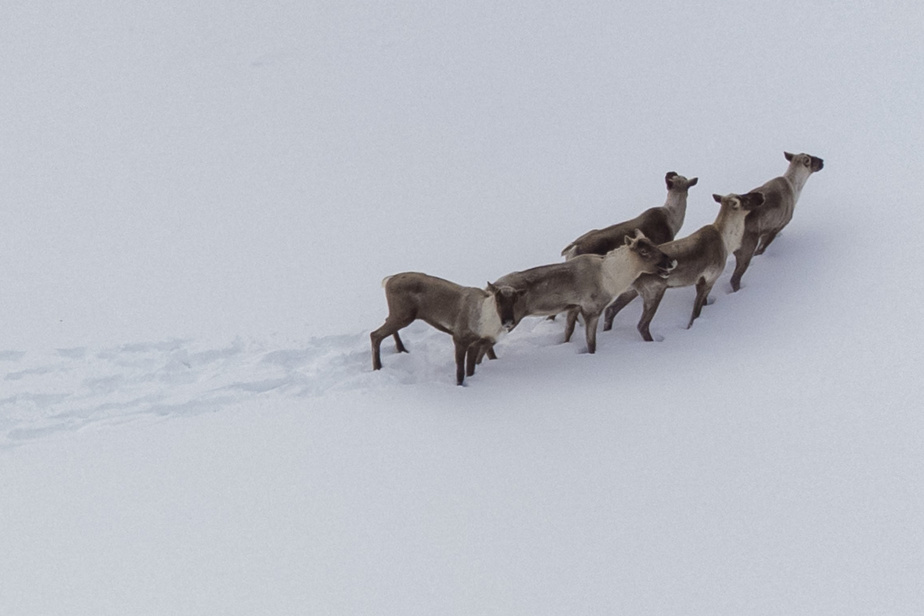 François Legault opposes the federal government’s intervention to save the woodland caribou and fears that too severe protection will harm forestry jobs, an “old way of thinking”, according to the opposition parties .

Federal Environment and Climate Change Minister Steven Guilbeault issued an ultimatum to Quebec Minister of Forests, Wildlife and Parks Pierre Dufour in a letter obtained by The Press. If Ottawa does not receive “by April 20” information on the implementation by Quebec of new measures to ensure the protection of caribou and their habitat, the federal government plans to impose them by decree.

Ottawa could thus put nearly 35,000 km2 of Quebec’s forest land protected from the chainsaws of the forest industry, according to an estimate by the Society for Nature and Parks.

But the Legault government is not ready to act: in fact, it is not even certain that “additional actions” must be taken to restore the population of this threatened species. Accused by the opposition parties of dragging their feet, Mr. Legault believes that, despite a large number of studies confirming the consequences of the forestry industry on caribou, we must still wait for the conclusions of the Independent Commission. on woodland and mountain caribou before taking action.

“You have to have a balance between saving the caribou and protecting important jobs in certain regions of Quebec,” he said. He denounced what he considers to be an encroachment by the federal government in a “field of Quebec jurisdiction”. He attacked the Liberal Party of Canada, a “very centralizing party that wants to get involved in health, Bill 21, lots of issues that are not within its jurisdiction”. In his opinion, Quebecers are behind him in this fight and want “a more autonomous Quebec”.

In Quebec, the opposition parties criticized the Coalition avenir Quebec. The parliamentary leader of Québec solidaire believes that opposing jobs in the industry and caribou conservation is a “false dilemma” and is based on “old ways of thinking”. “It’s not about jobs. We can protect woodland caribou and ensure that jobs are kept in the forestry industry,” he said.

The leader of the Quebec Liberal Party, Dominique Anglade, agrees. “We are able to do both. Then I apologize for that, but the issue of woodland caribou, Quebec has been dragging its feet for a long time, ”she said.

For his part, PQ parliamentary leader Joël Arseneau believes that “it’s never a good thing to see the federal government intervene in areas of jurisdiction of the Quebec government”, but that the Legault government opened the door to this ultimatum by constantly pushing back the “deadlines” to protect this species at risk. “What an incredible admission of failure by Minister Dufour and the Government of Quebec,” he cursed.