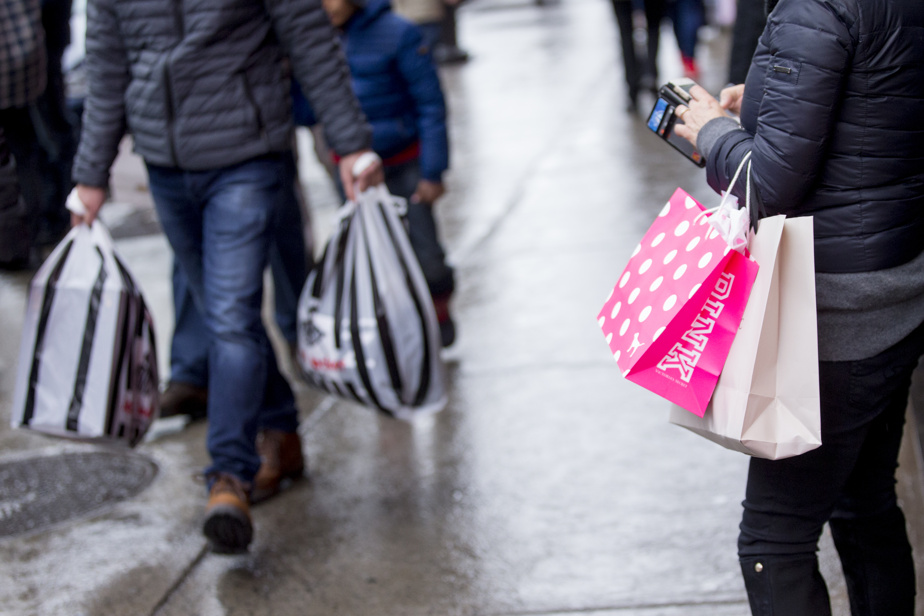 According to a survey, consumers are ready to put their hands in their pockets this year for holiday shopping this year.

After experiencing a holiday clouded by health measures over the past two years, Canadian consumers have no intention of missing out on Christmas this time around. They’re projecting a gift budget of around $790, an amount equivalent to last year — and also comparable to anticipated spending in 2019 — despite their financial concerns.

“This is the first year where fears related to COVID are less felt. People really want to leave that behind. We can feel the excitement,” said Michel Rochette, president for Quebec of the Retail Council of Canada (RCCC), who published the results of his 5e annual Christmas shopping survey.

“The challenges of the past few years and financial concerns still exist, but Quebecers are clearly determined not to let these problems spoil their celebrations this year,” reads the statement released by the RCC.

According to the survey conducted by the firm Léger, 6 out of 10 Canadians believe that their financial situation is worse this year than in 2021. Thus, the search for the lowest price, sales, and the possibility of having free delivery are among the the main criteria sought by 82% of people who shop. In order to be able to treat themselves and offer gifts to their loved ones, more of them will set their sights on big-box stores to do their holiday shopping (68%).

Among the most popular shopping categories, food and alcohol topped the list (16%), tied with clothing, followed by restaurants (11%) and toys (9%).

Good news for retailers across the country looking to increase in-store traffic, more than half of consumers will buy their gifts by going to stores, up from 44% last year.

Fewer expenses, according to Deloitte

However, last week the 2022 Holiday Shopping Survey of Deloitte Canada was not going in the same direction. Instead, the survey found that household Christmas spending would drop 17% in 2022 from 2021, to $1,520, from $1,841 the previous year.

“As we head into the 2022 holiday season, consumers are worried about many things, whether it’s the economic downturn, rising interest rates, inflationary pressures, new and recurring illnesses, or uncertainty. geopolitics,” said Marty Weintraub, Partner, National Retail Leader, Deloitte Canada, in a statement. “Regardless of their income, their purchasing power has diminished and they are looking for ways to get more for their money. »

Asked about Deloitte’s report, Quebec retailers said for their part that they were already beginning to feel the excitement of the holidays and that they expected consumers to take advantage of a certain return to normal to spoil their relatives.

“I’m confident,” launches Benoît Doyon, founder of the Imaginaire game shops. “Grandma hasn’t seen her grandchildren for two years. I’d be surprised this year if she didn’t want to spoil them. People have like Air Lousse of festivities. »

Same story with the Clément boutiques, specializing in clothing and accessories for toddlers. “Let’s take a 3-year-old child who can talk, who knows who Santa Claus is and who hasn’t yet experienced what it’s like to celebrate Christmas. I think a lot of parents are going to want to make it a little more festive,” says Jean-Philippe Clément, general manager of the stores of the same name. “We are well prepared for Christmas, even more than in other years. »