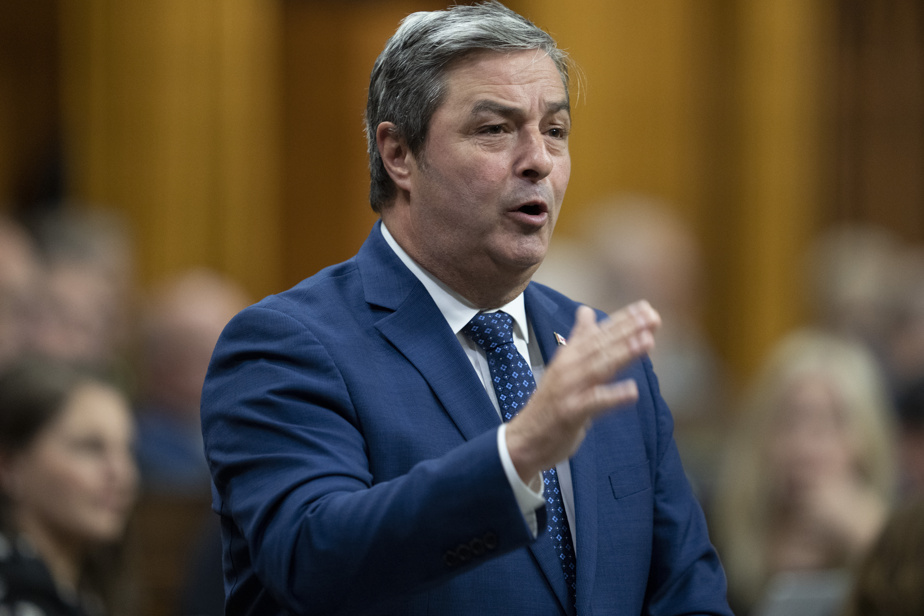 (Ottawa) Private companies under federal jurisdiction on Quebec soil will likely be forced to submit to Quebec’s Charter of the French Language, commonly known as Bill 101, whether the Trudeau government likes it or not.

The three opposition parties in the House of Commons have confirmed to The Canadian Press, either officially or informally, that they intend to vote in favor of the main amendment requested by the Government of Quebec to the bill aimed at modernizing the Official Languages ​​Act.

Thus, section 54 of Bill C-13, which notably enacts the Act respecting the use of French within private enterprises under federal jurisdiction would be amended so as not to give companies the choice between Official Languages ​​Act and Quebec’s Charter of the French Language, as originally proposed.

The office of Quebec’s Minister of the French Language, Jean-François Roberge, criticized Monday that C-13 puts minority language communities “on an equal footing” which means that “we are worried about the Anglophones of Quebec because they are in the minority.

Bill C-13 enshrines a new right to work and be served in French in Quebec and in “regions with a strong Francophone presence” in other provinces in private enterprises under federal jurisdiction, such as banks, airlines or railway. However, the Charter of the French language of Quebec does not give the choice of language. It’s French. Point.

A majority in the opposition

The Bloc Québécois spokesperson for official languages, Mario Beaulieu, had hinted during a recent press scrum by indicating that he believed that this amendment to section 54 has “a good chance” of be adopted while recalling in the same breath that the Trudeau government is a “minority”. He had also let it be known recently that the Bloc had undertaken to table the fifteen or so amendments requested by Quebec.

Among the Conservatives, the spokesperson for official languages, Joël Godin, indicated that he himself, his party and the leader are in favor of the amendment. Out of “respect” for his colleagues, he did not want to confirm that everyone would vote “yes”.

“The representations will be made in this sense and I do not see how they could (abstain), he nevertheless maintained. The chances of it not being unanimous on our side are practically nil. Otherwise, there would be other discussions afterwards. »

Two Conservative MPs abstained in a vote last Tuesday to include in the preamble to the Official Languages ​​Act the statement that Ottawa “has undertaken to respect Quebec’s choices regarding its linguistic planning, which is provided for in the Charter of the French language”.

The two parliamentarians had, however, requested permission and they were “accommodated”, said Mr. Godin on Monday, since the amendment was going to be defeated anyway due to a majority of votes “against” from the Liberal Party of Canada. and the New Democratic Party (NDP).

The NDP says it voted against the amendment to the preamble because it would remove paragraphs that recognize francophone communities outside Quebec, although it said it was in favor of the principle that was added.

In a written statement, NDP Critic for Official Languages, Niki Ashton, reiterated her party’s position when it comes to the vote on section 54. be uniform and that federal companies based in Quebec should be subject to the Charter of the French language,” she says.

The opinion of the liberals

Official Languages ​​Minister Ginette Petitpas Taylor avoided saying in early December whether her government agrees with even one of the Quebec government’s demands.

However, the cat started to come out of the bag last Tuesday when several Liberal MPs spoke in committee to implore their colleagues not to refer in C-13 to Quebec’s Charter of the French language, a document that the former Minister Marc Garneau went so far as to describe it as “discriminatory against the English-speaking minority”.

“It would be a serious mistake for us as federal MPs on a federal committee examining a federal law to give Quebec free rein to do whatever it might want to do in terms of language in Quebec,” added the ex. -astronaut.

The adoption of the amendment aimed at subjecting private companies under federal jurisdiction to the Charter of the French language of Quebec without the support of the Liberals would be bad for their image, believes the director of the Institute of Canadian Studies of the McGill University, Daniel Béland.

In an interview with The Canadian Press, the political scientist explained that this would also give “a symbolic victory” to the Bloc Québécois, which could plead to be “useful to Ottawa”. The Liberals for their part “would probably have no choice in the end to adopt the law with the amendment” and in the end, they “would lose face”, he decided.

Interestingly, during a press conference last week to take stock of the fall session, Bloc leader Yves-François Blanchet refused to say whether his party would vote in favor of the bill if the amendment to Article 54 be adopted. “We don’t want to know the result of the ‘game’ before it’s over,” he said.

Private businesses under federal jurisdiction seem to be waiting to hear the outcome of the tussle between Ottawa and Quebec in language matters.

According to the Office québécois de la langue française, 30 of the 400 federal companies that had the obligation to register in order to undertake a process to make French the language used within the company are recalcitrant. They were required to do so before 1er December following the adoption by the National Assembly of Quebec last spring of Bill 96, the reform of Bill 101.

The short history of the modernization of the Official Languages ​​Act is far from over. Members of Parliament on the committee looking at it have agreed to hold up to eight meetings for clause-by-clause consideration. They have 200 amendments to consider and only voted on one during the first meeting last week. Their work will resume at the end of January. And the amendment to Section 54 is expected to be one of the last they vote on, which could be mid-February or early March.