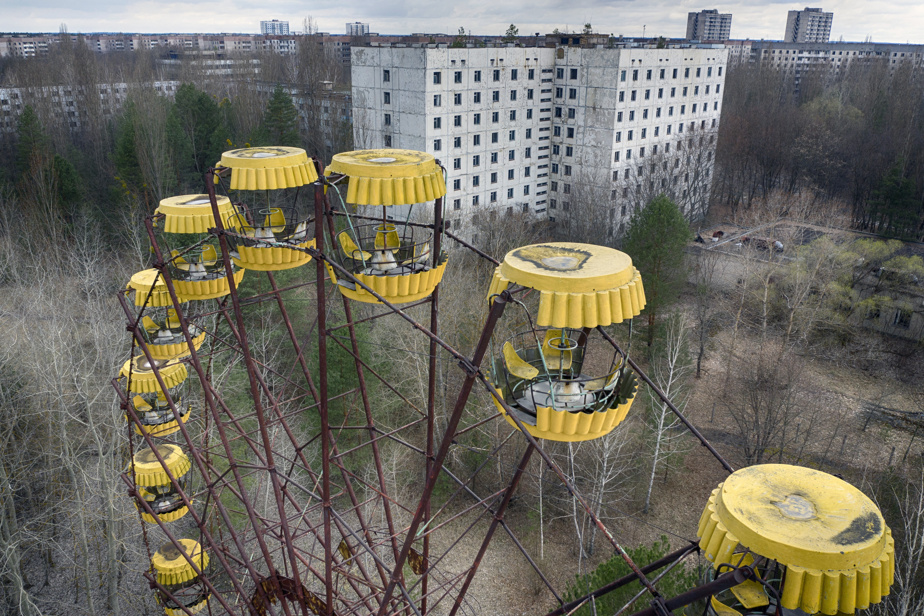 (Vienna) Systems for remotely monitoring nuclear materials at the Chernobyl power plant in Ukraine have stopped transmitting data to the International Atomic Energy Agency (AEIA), it said on Tuesday.

Russia invaded Ukraine on February 24, taking control of the Chernobyl nuclear power plant, site of the worst nuclear disaster in history in 1986.

Rafael Grossi, the head of the IAEA – the United Nations nuclear watchdog – “indicated that the remote transmission of data from the safeguards monitoring systems installed at the Chernobyl nuclear power plant had been cut off”, the IAEA said in a statement.

The IAEA uses the term “safeguards” to describe the technical measures it applies to nuclear materials and activities, with the aim of deterring the spread of nuclear weapons through early detection of the misuse of such materials.

More than 200 technicians and guards are stuck at the site, working 13 days in a row under Russian surveillance.

The body asked Russia to allow them to rotate, rest and fixed hours being essential to the safety of the site.

“I am deeply concerned about the difficult and stressful situation in which the personnel of the Chernobyl nuclear power plant find themselves and the potential risks this poses for nuclear security,” warned Mr. Grossi.

With remote data transmission cut off and the Ukrainian regulator only able to contact the plant by email, Mr. Grossi reiterated his offer to visit the site, or elsewhere, to obtain from all parties a “commitment to safety and security” of Ukrainian power plants.

The Russian army has also occupied the Zaporozhye nuclear power plant in southeastern Ukraine since Friday, where its artillery strikes, according to the Ukrainians, caused a fire – which Moscow denies being the cause.

The Russian news agency RIA Novosti on Wednesday published several videos with statements to the press by an official of the Russian National Guard, shot in front of the Zaporozhye power plant.

“Currently, the plant is operating normally. The site administration fulfills its functions. The situation is fully controlled by the Russian National Guard, ”he assured on these images.

“A large number of armaments and ammunition, including heavy weapons, were discovered in the reactors of the plant,” he also said.