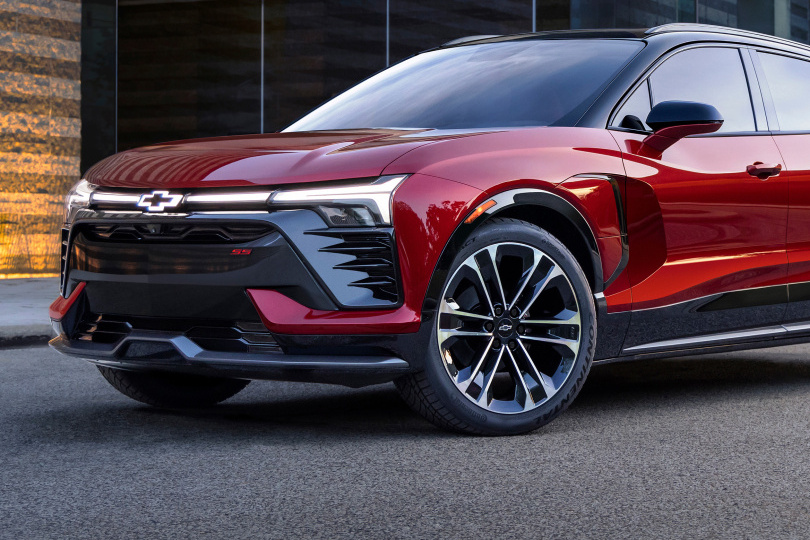 General Motors released the first-ever photo of the highly anticipated electric version of its Blazer midsize SUV last week. As expected, this livery, which could be characterized as a new model in its own right despite its name, seems to want to tackle the Ford Mustang Mach-E head-on with a rather sporty visual in its SS outfit.

It’s difficult to properly analyze the stylistic aspect of this Blazer EV with a simple photo, but we can already see some interesting details. The rocket-shaped front headlights joined by a luminous line are one of them. We also note what appears to be an opening facing the front doors, probably to ensure better airflow.

Like other vehicles based on latest-generation electric platforms, we also see that the wheels are positioned at the ends to ensure better handling and allow a longer wheelbase compared to the overall length of the vehicle. This promotes interior space.

On a technical level, however, nothing has been presented. We know, however, that it will carry a latest generation Ultium battery to ensure its autonomy. To ensure its competitive aspect against Ford’s rival, its basic autonomy will have to exceed 397 km. Two-wheel-drive or all-wheel-drive variants should be offered.

The official unveiling of the model is scheduled for July 18 to prepare for its promised marketing in the spring of 2023 for the entry-level LT version and in the fall of 2023 for the sporty SS version.