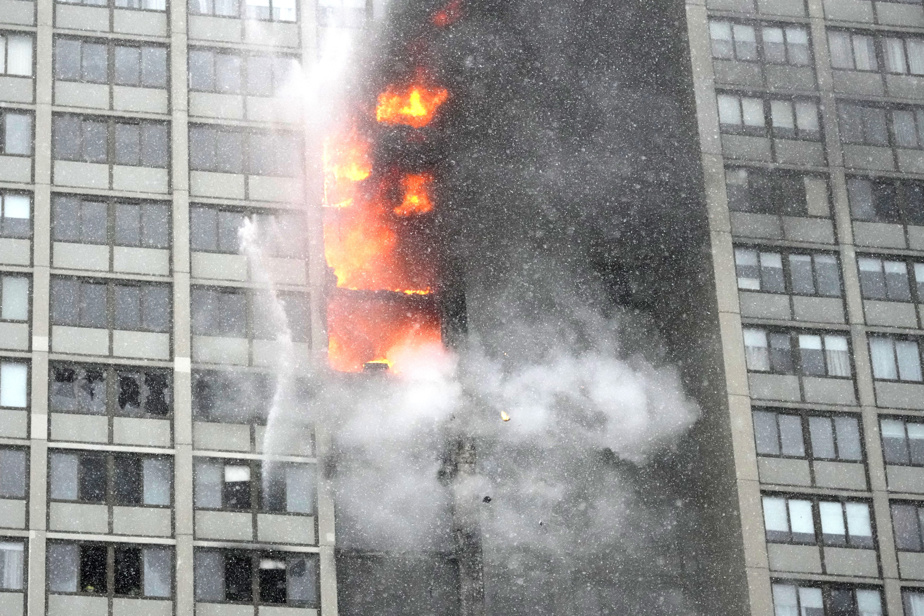 (Chicago) The toll of a fire that broke out on Wednesday in a Chicago apartment tower was one dead and six injured in the early afternoon.

The flames reportedly broke out on the 18e floor of the building located in the southern part of the city, before spreading to the upper floors.

Councilor Sophia King said the victim was found in the apartment where the incident apparently began.

Six people were hospitalized. The state of health of five of them does not worry the doctors, added Mme King, but an elderly woman is subject to a little tighter surveillance.

A firefighter was also injured.

Footage shot in the Kenwood neighborhood shows bright orange flames on multiple floors. At least nine floors were reportedly damaged; windows shattered and fire marks were visible around the frames.