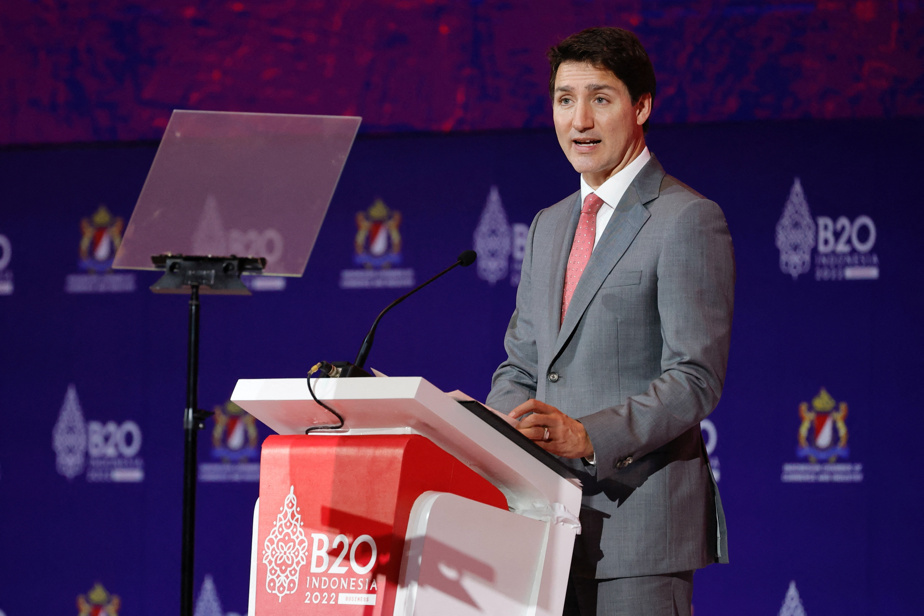 (OTTAWA) A House of Commons committee will examine reports that the Chinese Communist Party interfered in the 2019 federal election.

Conservative MP Michael Cooper tabled a motion Monday at the Standing Committee on Procedure and House Affairs to call a series of people, including Foreign Affairs Minister Mélanie Joly, to shed light on these reported allegations. by Global News.

According to the English-language network, China has deployed a vast campaign of foreign interference against Canada, including through a clandestine network of at least 11 federal candidates in the 2019 federal elections.

The Canadian Security Intelligence Service (CSIS) informed Prime Minister Justin Trudeau and members of his Cabinet as early as January, providing allegations containing some examples of Beijing’s efforts to increase its influence and subvert the Canadian democratic process, after Global News.

The Canadian spy agency reportedly uncovered that the Chinese consulate in Toronto was running a scheme to smuggle funds to a network of at least 11 election candidates – Liberals and Conservatives alike – and Beijing operatives who were in the employment of their campaign, wrote Global News.

“We absolutely have to get to the bottom of this story,” insisted MP Cooper, wondering aloud if people had been deported for their role in this alleged affair, or even if Justin Trudeau and his Cabinet had imposed penalties.

The Conservative approach was supported after more than two and a half hours of discussions, but in a “diluted” version, since their colleagues from the Liberal Party and the NDP felt that this particular committee was not the right place to study certain secret documents requested.

The Conservatives kept up the pressure on the Liberals during Question Period in the House of Commons, calling on the government to reveal the identities of candidates allegedly funded by the Beijing regime.

“My question is simple: who are these 11 candidates for the election? “, launched Michael Chong.

Liberal Jennifer O’Connell replied that she was happy to see that “the official opposition, for once, is taking the issue of foreign interference seriously”, arguing that under the leadership of the former leader Erin O’Toole, the party had withdrawn its balls from the National Security and Intelligence Committee of Parliamentarians.

“It’s a pitiful answer”, then cursed his interlocutor.

While in Asia, where he is participating in several international summits these days, Prime Minister Justin Trudeau did not want to commit to raising this issue specifically with his Chinese counterpart Xi Jinping when the question was put to him.

“As always, I am going to underline the question of human rights, of the principles of defense of our institutions, with all the leaders with whom I have conversations”, he contented himself with answering at a press conference in Phnom Penh, in Cambodia.

The Trudeau government is actively working on a new Indo-Pacific strategy, which takes into account Beijing’s growing influence in the region. Last week, in Toronto, Minister Mélanie Joly sent the signal that one of Canada’s objectives was to distance itself from the Middle Kingdom.

Closer ties with countries in the region that share Canadian democratic values, such as India, should be favored in Ottawa’s doctrine, illustrated the democracy leader, who was on the trip with Justin Trudeau to South Asia. South East.

The Standing Committee on Procedure and House Affairs