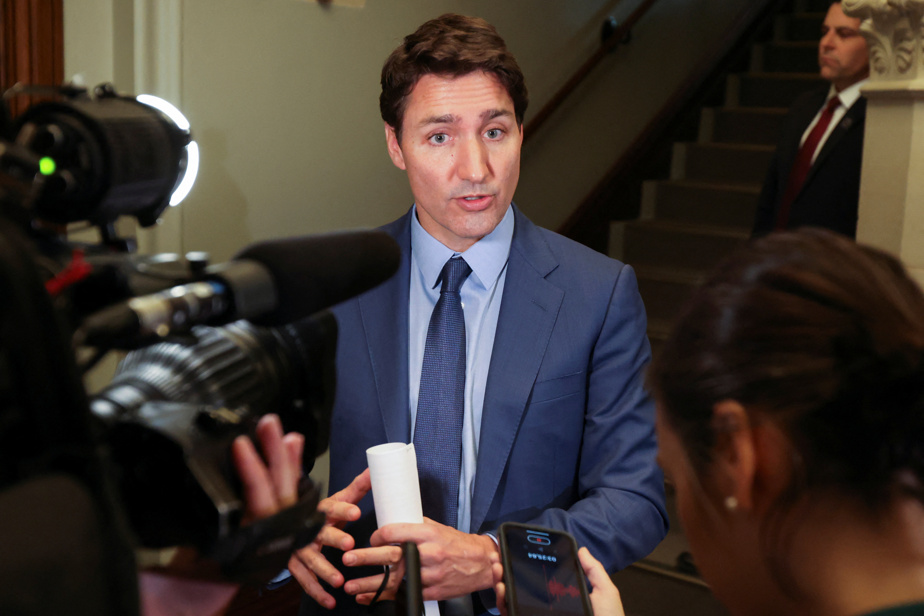 (OTTAWA) Prime Minister Justin Trudeau sidestepped any question on Wednesday asking him to clarify who he was aiming at when he drew a parallel between the record of alleged Chinese interference and the questioning, in the United States, of the legitimacy of the last elections.

“It is extremely important that people can have confidence in our electoral processes. We know it must worry anyone when there is […] suggestions that maybe the integrity of our elections has been compromised,” he first responded as he headed to a caucus meeting.

He was quick to reiterate that information he has had in private and in public indicates that “there was no interference that changed the outcome of our elections”.

The Prime Minister repeated that this was the conclusion of an independent intelligence committee, also saying, this time, that “the chief of elections” also shared the same observation “last night”.

Appearing Tuesday afternoon before a parliamentary committee, the chief electoral officer, Stéphane Perrault, indicated that he was not “in a position to comment on the accuracy of the content of recent reports”.

The Global Network reported citing unnamed sources earlier this month that the Prime Minister was informed last January that China had notably funded at least 11 candidates in the 2019 federal elections.

Mr. Perrault said that he had not learned of the details in the course of his duties at Elections Canada and that, if an investigation were to arise into specific allegations, it would fall within the purview of the Commissioner of Elections. federal rather than his own.

Tuesday evening, another parliamentary committee heard from researchers and experts, but no representative of Elections Canada. Senior officials from the Ministry of Foreign Affairs were also to testify, but their appearance was canceled at the last minute, denounced members of this committee.

Either way, Trudeau said Wednesday that his government is “pleased to be able to confirm […] that there were no attacks on the integrity of our elections”.

He, as he did on Tuesday, maintained that he had instructed his intelligence advisers to “get to the bottom of things” as soon as Global’s first article on the subject was published.

” I am doing brief regularly on issues that could concern our institutions and the integrity of our elections and I have not received any information on this. »

Asked whether the link made with the questioning of the electoral results which allowed Joe Biden to succeed Donald Trump was aimed at the opposition parties in the Commons or even at Canadians who are worried about possible Chinese interference, Ms. Trudeau did not respond directly.

Asked to say if she agreed with the parallel and if it should, in her opinion, be made, the Minister of Foreign Affairs, Mélanie Joly, affirmed that “the Prime Minister spoke, then [qu’elle n’a] no further comments to add.

“We respect your work as journalists. It is very, very important. At the same time, we make decisions based on the information we have, ”she added when pressed with questions in the scrum.