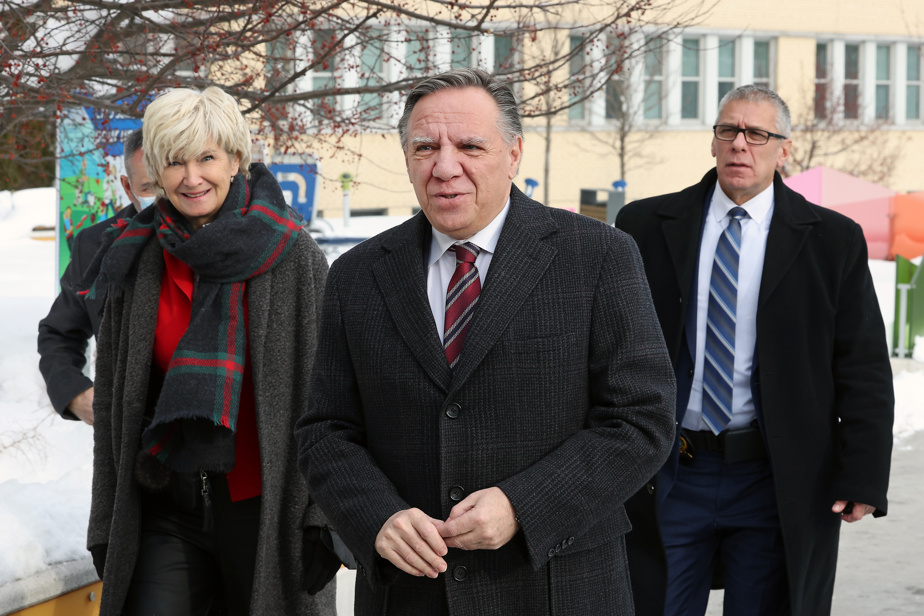 (Montreal) Prime Minister François Legault took advantage of his traditional Christmas message to assure that his government will not let down people who are experiencing financial difficulties, especially during this holiday season.

In a short video posted on social media on the eve of Christmas, Saturday evening, Mr. Legault mentioned that Quebec will not let go of people for whom this holiday season is more difficult on the wallet due to the higher cost of living. raised.

“I also think of those who have problems because of money. I know it’s not easy for some. We will not let you go, we will be there to help you, ”he said.

The fight against inflation is a subject that has been at the heart of Mr. Legault’s priorities since his re-election last October. He had also made his “anti-inflation shield” a key measure in the election campaign of the Coalition avenir Québec (CAQ).

Just before the holidays, millions of Quebecers received an amount ranging from $400 to $600, depending on their income. Sending these single sums was precisely one of the components of this “anti-inflation shield”.

On social networks, Mr. Legault also acknowledged that this is not the Christmas that many were hoping for, with the numerous power outages and difficult weather conditions throughout Quebec.

“Please check in on your loved ones if they live alone. Be careful on the roads too, the conditions are not ideal. For those who wish to warm up, places are ready to receive you in several cities and municipalities, ”wrote the Prime Minister on his Facebook page.

On Sunday morning, Hydro-Quebec President and CEO Sophie Brochu said she hopes everyone who has been without power since Friday due to the winter storm that swept across the province can be reconnected to power. here on Sunday evening.

However, she recognized that despite all the good will in the world, some Quebecers will have to spend Christmas in the dark.

Despite everything, Mr. Legault hopes that everyone can have a good time.

“Spending time with family is what counts. I also have a little thought for those who are alone. Do not hesitate to call a friend, an acquaintance; it can make all the difference. »