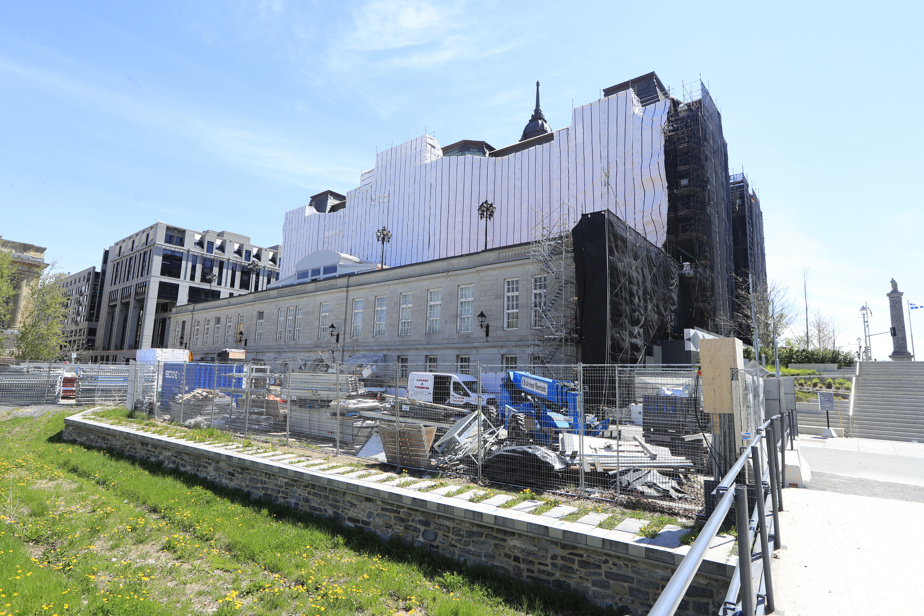 The bill for the renovation of Montreal City Hall still hasn’t finished climbing: $6.1 million was added to it this week, which now brings it to a total of $188.1 million .

The management of the heritage restoration project, provided by the firm Pomerleau, will cost 2.7 million more, while the professional fees of the architects of the firms Beaupré Michaud et Associés, NCK and Martin Roy et Associés are increased by 1.6 million.

The total amount of the contract awarded to the architects therefore reaches 11.2 million.

All these overruns are the result of price increases in labor and raw materials, according to the documents presented to the executive committee.

“It’s completely absurd, the administration is paying for a Palace of Versailles while food banks are crying famine everywhere in town because of inflation”, denounces the municipal councilor Julien Hénault-Ratelle, who sits in the opposition.

It’s a bottomless hole, I’m sure there will be more upsides in the future.

The costs of this renovation project have exploded since its presentation in 2015, when they were estimated at 22.5 million. Two years later, the City had decided to replace the electromechanical equipment and the heating system, which had raised the potential bill to 88 million, before it rose again to 116 million in 2018. Then, in May last, new cost overruns brought it to 168 million, before adding furniture and technological equipment, in August, for a total of 182 million.

Before the start of the work, in the summer of 2019, the municipal employees who worked at the town hall moved to the neighboring building, the Lucien-Saulnier building, which had first been renovated at a cost of 9.5 million. A municipal council chamber has been set up there for the duration of the work at the town hall.

Renovations to City Hall are due to be completed by the end of 2023. However, city documents indicate that work is about 64% complete.

Mayor Valérie Plante’s office preferred not to comment on this.