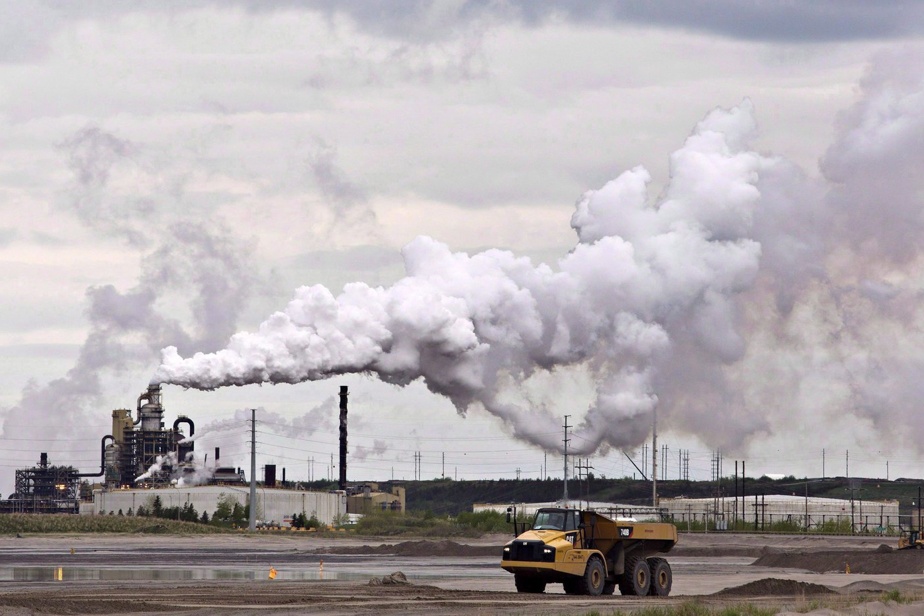 A few weeks before the tabling of its greenhouse gas (GHG) reduction plan, Canada is not on track to achieve its climate targets, but if it wishes to get closer, it must apply to the sector a firm cap on GHG emissions, adapt the country’s electricity networks and have no new construction using fossil fuels from 2024.

These are some of the “priorities” that appear in the plan of the Trottier Energy Institute (IET) of Polytechnique Montreal, presented Wednesday, to help the Canadian government achieve its targets.

“We thought of making a plan or a list of suggestions, at least, containing measures which, in our opinion, should be very strongly considered to try to bring the country towards its targets as much as possible”, explains Simon Langlois-Bertrand, researcher at the Institute.

Under the Carbon Neutral Accountability Act, Canada must table details of its 2030 GHG reduction plan by the end of this month and it is against this backdrop that the IET researchers published “a set of proposals, sector by sector”.

According to the researchers, everything indicates that the 2030 target will not be reached and the analyzes of the EIT suggest that “Canada will be able, at best, with measures of a level of efficiency never seen before, to succeed in reducing its global emissions of 25 to 35% over the next eight years, while the target represented rather a reduction of 40 to 45% compared to 2005.

Simon Langlois-Bertrand and his team are of the opinion that it is now necessary to focus on the sectors where significant reductions in emissions are possible in less than a decade, “while initiating transformations in certain sectors where the evolution more difficult and therefore more slowly”.

The researchers therefore identified seven sectors where significant emission reductions are possible in less than a decade.

In order to meet the growing demand for energy for electric vehicles, but also to allow several other sectors to convert to electricity, the authors emphasize that infrastructures must transform quickly to keep pace.

But the researchers argue that “most utilities across the country are not planning to adapt their grid or low-emission power generation to be able to meet the 2030 goals,” which is a significant hurdle.

“In the long term, there will be a very large increase in electricity demand for all kinds of reasons, but the current electricity networks do not allow this increase in demand, so it will take time to build and even plan,” says Mr. Langlois-Bertrand, adding that “we must quickly plan the construction of these infrastructures”.

The report suggests developing and adopting building codes that are highly efficient and building no new buildings that use fossil fuels from 2024.

By 2026, Canada should adopt a “peak energy demand management code” for all buildings in the country, according to the report’s authors. They also recommend banning “high-emitting energy options for space heating, such as natural gas,” beginning January 1, 2024, as well as publishing a timeline to achieve “the phasing out of these energy sources in existing buildings in the longer term”.

In particular, the researchers recommend that Ottawa establish a roadmap that targets “the decarbonization of all major industrial processes with defined reduction horizons” in order to achieve “the objective of reducing GHG emissions by 10% concerning heat in 2026” and 30% in 2030.

The term “heat” refers to processes like steelmaking that require equipment like coal-fired furnaces. In order to emit less GHGs, coal-fired ovens can be replaced by electric ovens.

The authors point out that it is difficult to make a rapid transition in this sector due to the low rate of renewal of heavy vehicles.

However, the EIT suggests setting “zero-emission vehicle sales quotas for all types of vehicles; cap GHG emissions from the transportation sector and ban first-generation biofuels,” that is, products made from crops traditionally grown for food.

According to the researchers, it is also necessary to limit the expansion of natural gas distribution networks for heavy and medium commercial transport, “in order to avoid having to use the gas for several more decades”.

The report also highlights the importance of accelerating the financing and installation of charging infrastructure for electric vehicles, particularly “in places outside residential homes such as workplaces”.

The EIT points out that the oil sector is responsible for a very significant amount of GHG emissions and that “substantially reducing emissions from this sector is the easiest and cheapest way to reduce global emissions”.

A cap on GHGs emitted in this sector, as announced by the Liberal government last fall, is essential, according to the authors of the report, who indicate that oil and gas companies should now aim for net-zero emissions production rather than just trying to reduce their GHG emissions.

According to the EIT, emissions in this sector must be reduced by 60% by 2030 to approach the Liberal government’s climate targets.

The report also stresses the importance of “providing support aimed at offsetting any negative impacts of decarbonisation on communities and workers”.

Biomass is an attractive solution because it offers the possibility of producing negative emissions in processes associated with carbon capture and storage, according to the EIT report, which states that it is “crucial to increase knowledge on this resource in order to better manage it”. The EIT believes it is therefore important to support research on biomass, especially in the field of agriculture. However, the researchers warn: “deploying technological solutions that will have to be replaced in 15 or 20 years would not make sense, such as installing carbon capture and sequestration devices in sectors where they do not are not essential”.

The IET claims to be “in a good position to offer effective and significant courses of action”, in particular because the Institute has “conclusive data, resulting from a modeling exercise of incomparable depth in the country”.

The measures that the Institute proposes are complementary to the main measures taken by the government, i.e. pricing carbon, financing energy efficiency improvements in residential buildings, phasing out coal in electricity production by 2030, mandatory targets on zero-emission vehicles sold and the decarbonisation of electricity production by 2035.