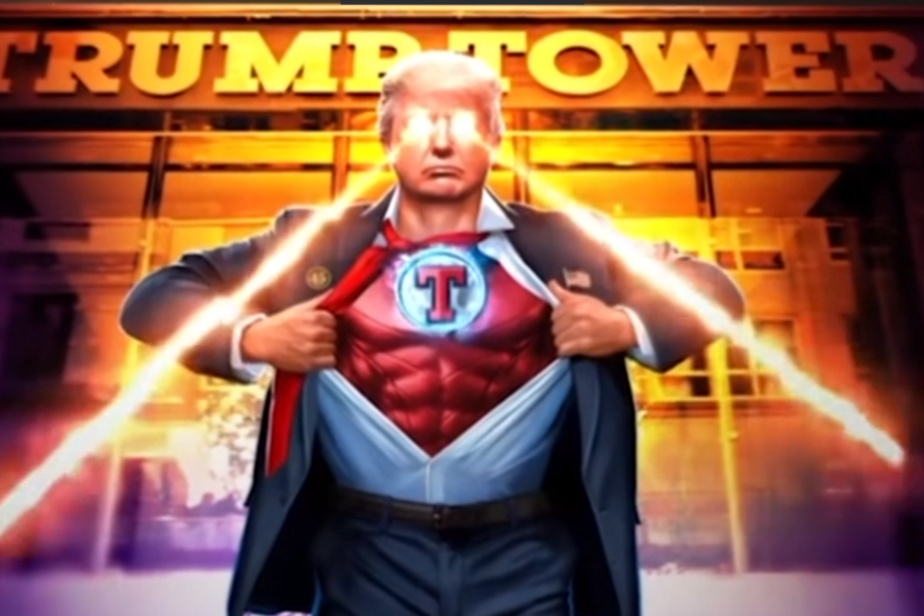 (Washington) It’s “like a baseball card” but “much more exciting” and at 99 dollars each: Donald Trump, who promised a “major” announcement, finally unveiled a series of collectible cards on Thursday.

In a message on his Truth Social network, the former president, who has embarked on the race for 2024, therefore unveils a collection of “Donald Trump digital cards”, on a model well known to sports fans.

On Wednesday, the unpredictable Republican had published this enigmatic message: “America needs a superhero. I will make a major announcement tomorrow. »

The vignettes will be “tremendous artistic creations about my life and my career”, promises the Republican billionaire, who is going through a difficult political past.

He publishes an image that shows him drawn in the manner of a muscular superhero from “comics”, these emblematic comic books of the United States.

The character in his effigy is camped hands on hips in a boxing ring, molded in a red jumpsuit, the waist caught in a “Trump Champion” belt and against a background of the American flag.

“Only $99 each!” A very good idea for a Christmas gift! Hurry up ! I think they will leave very quickly, ”says the former president again.

On a dedicated website, the businessman and former television star provides rewards to certain cardholders, for example a dinner in his luxurious residence in Florida or an hour of golf with him.

This announcement risks reinforcing the impression that Donald Trump’s campaign has not really taken off as he hoped.

While he had hitherto had an almost total grip on the Republican Party, some tenors are beginning to publicly criticize him for pushing too extreme candidates in the midterm elections in November.

The right did not succeed, during this election which involves the positions of federal parliamentarians but also of governors, in inflicting on the Democratic Party and President Joe Biden the slap it hoped for.

Recent polls also show that Donald Trump is currently outdistanced, in the hearts of Republicans, by Florida Governor Ron DeSantis.

This 40-year-old combines an austere personality with radical positions on immigration and social issues.