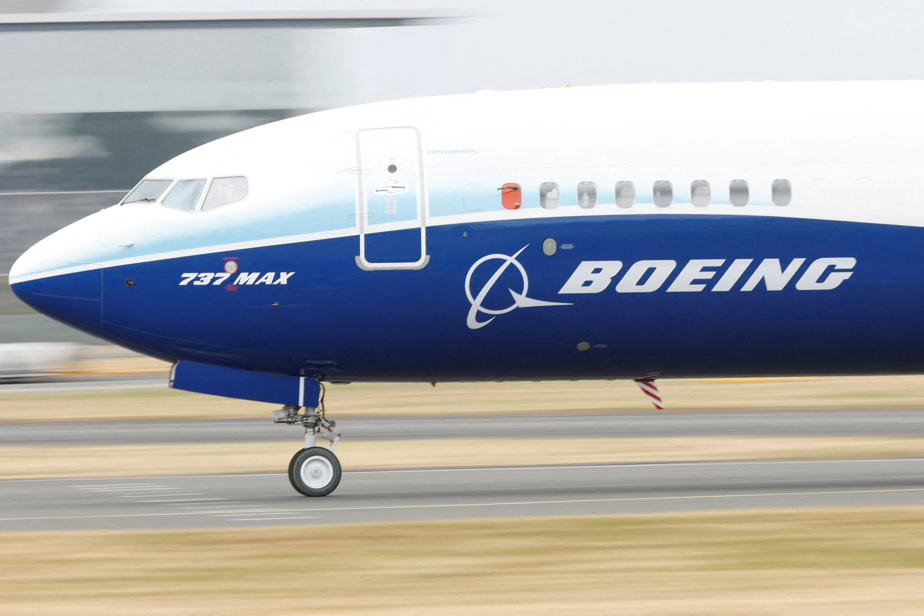 (New York) Boeing suffered a hefty loss of $3.3 billion in the third quarter, largely due to past charges to its defense programs, including the Air Force One presidential jet and the KC-46 tanker.

“Our revenues and earnings were significantly impacted by losses on fixed-price development programs in our defense businesses due to estimated higher manufacturing and supply costs as well as technical challenges,” the report said. a message to employees Dave Calhoun, the boss of the American aircraft manufacturer.

In an interview on CNBC, Mr. Calhoun acknowledged that the price obtained by ex-President Donald Trump when renegotiating the contract on Air Force One in early 2018 was too low and should not have been set at the advance.

“Nearly every industry is facing challenges related to supply, inflation, labor and the macro-economic situation – and we are certainly no exception,” the executive added in his letter to the employees.

From July to September, the loss per share of Boeing, adjusted for exceptional items, was 6.18 dollars, where analysts had expected an increase of 2 cents.

On the positive side, however, Boeing said it is on track to achieve positive free cash flow in 2022, a metric that gives an indication of a company’s ability to invest or pay dividends to its shareholders.

In defence, aerospace and security programs, losses were $2.8 billion.

In addition to the KC-46 and Air Force One, losses were recorded on the MQ-25 tanker drone, the T-7 military training aircraft, as well as in space flight programs.

“We can hope that the massive load in these programs will be the last of magnitude for some time,” indicated Michel Merluzeau of the AIR cabinet.

The commercial branch of Boeing, on the other hand, benefited from the continued recovery in air traffic, with the company generating a turnover of 6.3 billion dollars (+40%). However, it remains in loss (-643 million dollars).

“Demand has never been stronger and it’s happening all over the world,” Calhoun told CNBC.

On the other hand, he was much more pessimistic about China, estimating, during a conference call with Wall Street analysts, that a resumption of deliveries of the 737 MAX to its Chinese customers was unlikely because of “geopolitical risks between Washington and Beijing.

The MAX, the American aircraft manufacturer’s flagship model, has been banned from flying in China since 2019 after two fatal accidents.

While the MAX-9 has returned to service in the rest of the world, the MAX-7 and MAX-10 variants have not yet been certified in the United States. Boeing hopes to obtain a waiver from the US Congress by the end of the year to extend the certification deadline.

“We remain convinced that we can obtain an extension of this deadline, because it is the safest response,” said Mr. Calhoun during the presentation of the results to analysts.

Boeing delivered 112 planes to its customers in the third quarter, including nine copies of the 787. Deliveries of this long-haul aircraft, interrupted more than a year after the discovery of manufacturing defects, resumed in August.

Thus, 88 copies of the 737 MAX were delivered during this same period.

The American company Alaska Airlines also announced on Wednesday the order of 52 copies of 737 MAX, including 42 MAX-10.

“Commercial production has not stabilized and will not return to a more regular and sustained pace before the fourth quarter of 2023 according to our analysis”, nevertheless commented Mr. Merluzeau.

Boeing will probably “not reach 400 MAX deliveries this year, we expect a figure closer to 350 or 360,” said the expert.

Boeing’s stock was down 3.5% on Wall Street in mid-session.