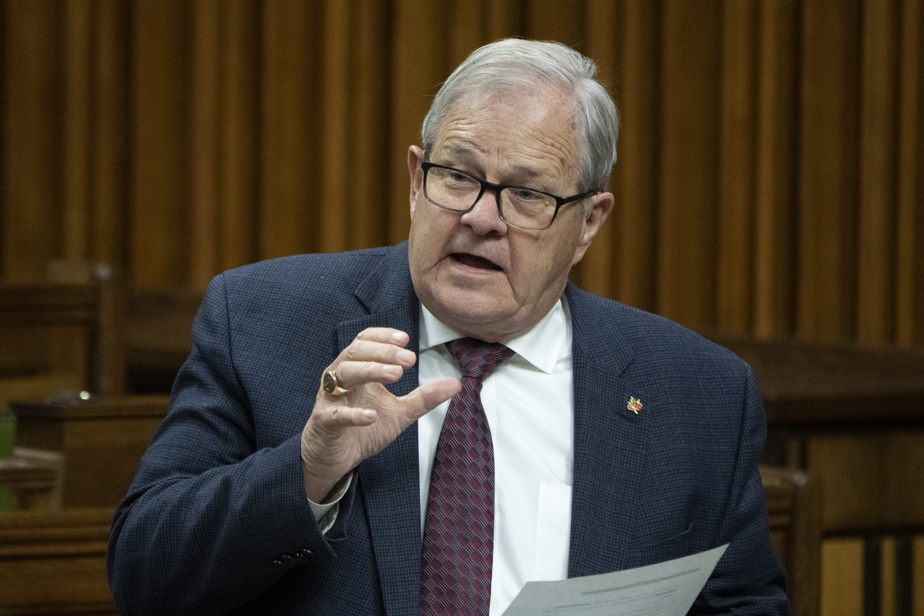 (OTTAWA) Officials who handle cases of ill or injured veterans at Veterans Affairs warn that lives could be at stake as the government moves forward with plans to change the way services are physical and mental rehabilitation are provided to veterans.

Those warnings were delivered Monday in moving testimony before the Commons Veterans Affairs Standing Committee. Three case managers said they and their clients were not ready for the changes made by the government.

“The sick veteran is the one we’re going to lose and who will slip through the cracks,” Angela Aultman said, fighting back tears. This is where lives are at stake. And this is what keeps me up at night. »

At issue revolves around a $570 million contract recently awarded to an outside organization to provide physical and mental support services to Canada’s most at-risk veterans. The contract was awarded in June 2021 to “Partners in Canadian Veterans Rehabilitation Services” (PSRVC), a partnership between two companies, WCG International and Lifemark Health Group.

Veterans Affairs Minister Lawrence MacAulay and departmental officials said the contract was essential to improving services for veterans dealing with injuries and illnesses related to their time in the Armed Forces.

This “improvement” includes easing the burden on case managers in the department, most of whom continue to face an excessive workload despite repeated promises by the Liberal government since 2015 to fix the problem.

Even though the contract with PSRVC is due to take effect on Tuesday, case managers told committee members that neither they nor their clients had been properly trained or prepared for the transition.

“Since June, we’ve been asking about the implementation of the new contract, only to be told that this information will come,” Amanda Logan, who is also president of the Veterans’ Employees Union local, told Saint John, New Brunswick.

“We were not properly trained on this new rehabilitation contract. It’s very difficult to know what to share with our veterans to prepare them for these changes, when we don’t know them ourselves. »

The three case managers were testifying as members of the union, which has already called for the resignation of Minister MacAulay.

An ex-soldier in the dark

Retired Master Corporal Kelly Carter, one of 15,000 veterans currently in contact with a case manager to recover from his injuries and ease the transition to life after the military, testified Monday that he he also didn’t know what the subcontract was going to mean for him.

“We weren’t consulted on this change at all,” Carter said. I’m very concerned that it hasn’t been discussed, rolled out, or implemented properly. And it can turn out to be a total failure. »

The department assured that it had consulted with case managers before and after the contract was awarded to PSRVC, and that this contracting out would free them from certain administrative tasks so that they could spend more time working directly with Veterans.

Officials also assured that this change will not lead to a reduction in the number of case managers in the ministry.

Veterans Affairs currently employs approximately 475 case managers. However, this number includes about 50 temporary employees, who must help reduce the overall backlog, and about 100 civil servants on sick leave or who are not working.

The three case managers who testified Monday were outspoken in denouncing the large number of veterans assigned to them. They explained that they had to manage 40 files or more, despite repeated Liberal promises to reduce the average workload to 25 files.

“This has consequences for our health and well-being,” said Ms.me Logan. Really, it keeps us awake at night: we wonder if we have forgotten something, and what kind of impact it could have on our veterans and their families. »

Case managers are also concerned that the new subcontract will lead to a possible reduction in the role and number of managers in the department, while adding another layer of bureaucracy that ill and injured veterans will have to deal with.

“Privatizing these services will only serve to further isolate our veterans from their government, community and public service employees who have their best interests at heart,” said Case Manager Whitney McSheffery.

“I feel the department is using this contract to further distance itself from veterans and their families. »