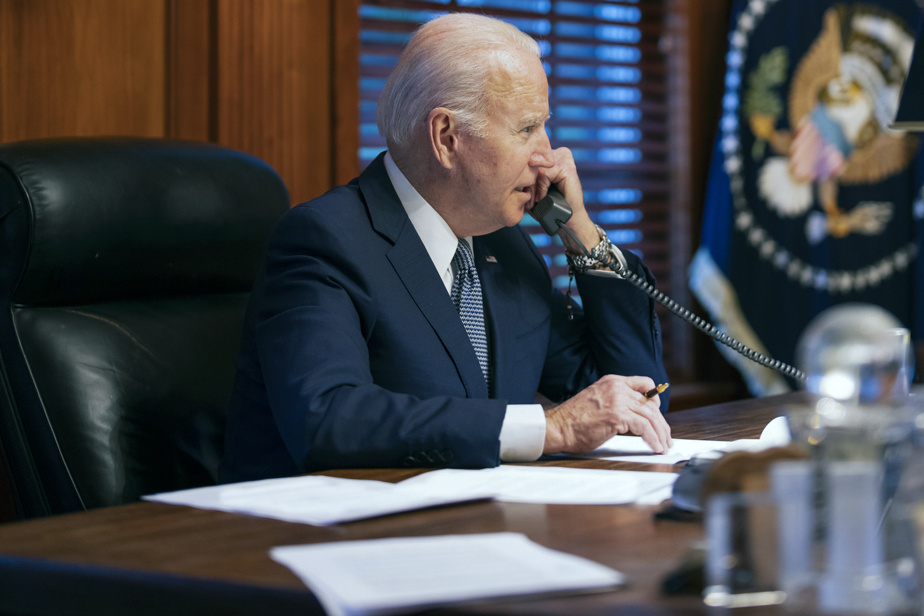 (Washington) Five additional pages of confidential documents have been found in Joe Biden’s family home, the White House said on Saturday, an additional twist in a very delicate case for the American president.

Since the beginning of the week, the American executive has been making press releases on successive discoveries of files dating from the vice-presidency of Joe Biden, from 2009 to 2017, first in an office in Washington, then in an opulent residence of Wilmington, Delaware.

The 80-year-old democrat, whose family and political stronghold it is, is also staying there this weekend, as usual.

A 1978 law obliges the American presidents and vice-presidents to transmit, at the end of their mandate, all their emails, letters and other working documents to the National Archives.

Saturday, the lawyer of the presidency Richard Sauber had to communicate again, and explain how other parts had been found Thursday in the family home.

Wednesday, recalls Richard Sauber, the president’s personal lawyers had found, in a room next to the garage, a page marked as being a confidential document.

Not having the necessary authorizations to consult this type of document, these lawyers did not push their research further and warned the Department of Justice, specifies the council of the White House.

Richard Sauber, who has the necessary authorizations, went Thursday evening to Wilmington and discovered five other pages there, or six pages of classified documents in total. He indicates that the representatives of the Department of Justice who accompanied him “immediately” took possession of it.

If the case only became public this week, it started more than two months ago.

The first classified documents were discovered on November 2 at the Penn Biden Center, a Washington think tank where Joe Biden once had an office, and reported to the National Archives.

On December 20, the president’s lawyers then found, in the garage of the Wilmington house, “a small number of potentially confidential documents”, and notified the Department of Justice.

On January 11, these lawyers unearthed a confidential document, this time in the room adjacent to the garage of the house. The next day, the lawyer for the presidency discovered the five additional pages there.

The executive’s drip communication – he waited for press reports to appear this week to admit the discoveries of November documents – makes the matter tricky for Joe Biden, who plans to seek re-election.

The debate around the management of the archives of his vice-presidency reminds us, despite many differences on the merits, that former President Donald Trump is also in the sights of justice for having taken official documents to his Florida residence. .

The White House is trying to prevent any parallel: Joe Biden’s lawyers “acted immediately and voluntarily”, assured Richard Sauber on Saturday, where Donald Trump is accused of having concealed files, in large numbers.

The Republican opposition, weakened by internal dissension, sees this as an opportunity to regain some momentum.

She intends to investigate the subject, in particular through a commission of the House of Representatives chaired by the elected Republican of Kentucky James Comer.

“The Biden White House secrecy in this matter is disturbing. Equally disturbing is the fact that aides to Mr. Biden combed through documents knowing that a special prosecutor would be appointed,” Mr. Comer said in a statement.

“Many questions need to be answered, but one thing is certain: oversight is coming,” he added, lamenting what he called “three blows from President Biden against transparency.”