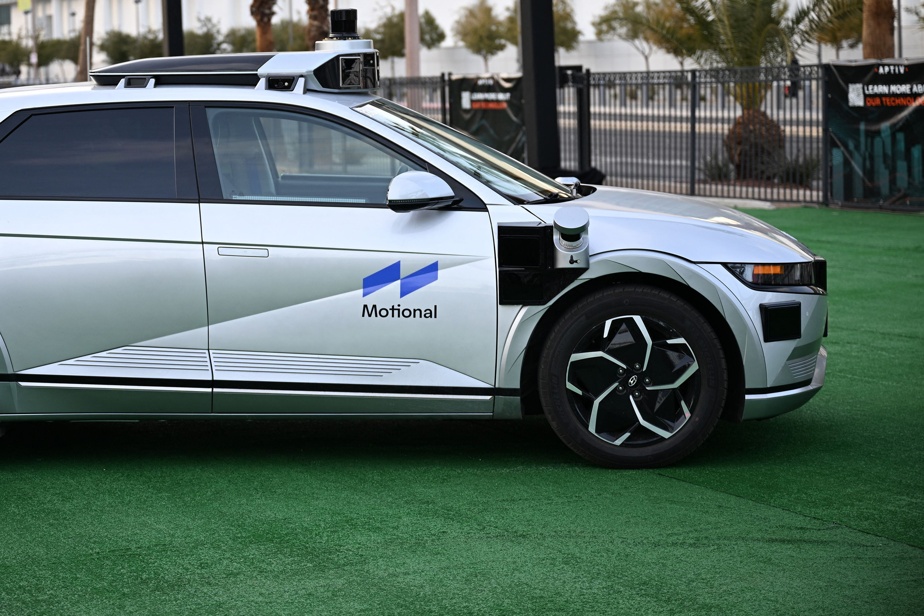 (Las Vegas) At the big CES technology show in Las Vegas, attendees can control a self-driving Uber, discover public shuttles without a steering wheel and observe a whole range of sensors supposed to accompany the advent of the autonomous car, on a road still strewn with pitfalls.

The most enthusiastic have been promising the arrival of vehicles that can steer without humans for years, and have spent billions on it. But the technicians progressed less quickly than hoped.

Waymo, a subsidiary of Alphabet (the parent company of Google), has been offering paid driverless rides to the general public since 2020 in Phoenix, Arizona, but on very marked roads.

Cruise, a company headed by General Motors, was the first to obtain authorization in June to transport passengers for payment on board its robotaxis in San Francisco, a city with more complicated traffic, but only at night initially.

In Las Vegas, Motional, a group supported by Hyundai, has been offering autonomous rides with Uber since December, but still, for the moment, with an operator in the vehicle, just in case.

“Any company that announces that it is withdrawing drivers still present for safety reasons is a big step forward,” said Bryant Walker Smith, a legal expert specializing in autonomous driving at Stanford University.

Several incidents with Cruise’s vehicles, on a left turn for example, have been reported and the United States Highway Traffic Safety Agency (NHTSA) has opened an investigation. But for several specialists interviewed by AFP, the software will gradually be refined.

“The big question is rather how (these projects) can expand. How quickly can a company replicate this feat in a city like Los Angeles? Or Minneapolis where it often snows? says Bryant Walker Smith.

Many car manufacturers are working on autonomous driving or, failing to achieve this in the short term, on assistance tools such as speed regulation, changing lanes on the highway or parking assistance.

Ford, like Volkswagen, decided in October to end its stake in the autonomous driving company Argo AI, preferring to give priority to less ambitious technologies.

Elon Musk has regularly promised for several years that his Teslas will soon be fully autonomous, but his company still specifies that its driving assistance tools, including the one called “Fully autonomous driving capability”, are designed “to be used by a watchful driver with his hands on the wheel”.

Developing an autonomous car, for a car manufacturer or a transporter, represents “a huge cost without necessarily short-term profitability”, notes Jordan Greene, co-founder of the company AEye, which has designed a Lidar-type sensor allowing vehicles to perceive their environment.

The emergence of autonomous driving no longer depends so much on technological progress as on the financial interest of companies, according to him.

Car manufacturers, for example, have a lot to gain by marketing a platform of driving assistance tools that motorists can update regularly remotely, by paying.

The road transport sector, in need of drivers, also has an interest in developing autonomous driving solutions on the most frequent routes.

And “other markets may emerge,” says Jordan Green. AEye, present at CES like many companies manufacturing sensors, offers for example to use its Lidar for traffic management or safety on construction sites.

Holon, a brand of Austrian-based automotive supplier Benteler, plans to unveil for the first time at CES an autonomous and electric shuttle for public transport, designed without a steering wheel or pedal.

For its director Marco Kollmeier, “the failures (of self-driving cars) are completely exaggerated”, like the media attention given to any accident involving a Tesla.

“Autonomous driving isn’t just about allowing a driver to fall asleep behind the wheel,” he says. A shuttle like the one in Holon can “redefine public transport” by offering rides on demand or on fixed routes.

As for whether self-driving vehicles won’t face resistance from the general public, Jordan Greene isn’t too worried. “It’s a typical adoption curve,” he says. “When I was told I would pay to get in a car with a stranger, I couldn’t believe it. Now I only take Ubers. »