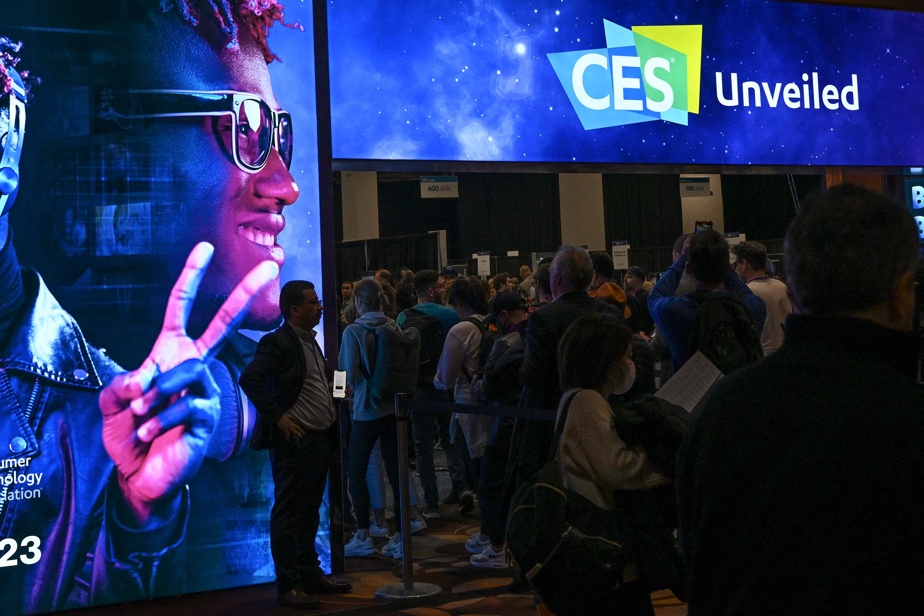 Here are five major issues to follow until Sunday.

Three years ago, the high mass in Las Vegas attracted more than 117,000 visitors, a few weeks before the COVID-19 pandemic paralyzed the planet.

In 2021, there were only 40,000 left to attend a hybrid version of CES, against a backdrop of a tidal wave of the Omicron variant, which had encouraged many people to stay at home.

“It’s a great feeling to see people reuniting after two or three dark years,” said Gary Shapiro, president of the Consumer Technology Association (CTA), which is organizing this great raout in the middle of the desert.

The organizers hope to gather more than 100,000 participants for this vintage of the CES, an event whose first edition dates back to 1967, in New York at the time.

The car is gaining momentum

The automotive sector will be dominant this year, with nearly 300 exhibitors from the industry gathered in a dedicated exhibition hall, including presentations from Stellantis, BMW, and the presence of Honda executives.

“This year, you will almost have the impression of being at an auto show,” summarizes Kevan Yalowitz, head of software and platform activity at Accenture.

The technological acceleration of the automobile now makes CES an obvious destination, against the backdrop of the loss of momentum of the Detroit show, suspended for three years before a restart on a smaller scale last September.

Even if the arrival of fully autonomous cars seems further away than initially expected, a good part of the innovations presented this year aim to replace the driver with software.

Among the novelties, the possibility of updating the vehicle management software remotely, such as a computer or a smartphone.

These programs could “change vehicle operating parameters instantly, identifying problems that can be fixed without the driver even realizing it,” says Yalowitz.

Last year, CES was dominated by the idea that virtual reality, accessible with a headset, was the future of the internet.

But the enthusiasm ran out of steam, weighed down by the bad year of Meta (Facebook), considered the locomotive of the metaverse. The group from Menlo Park (California) is still struggling to convince users to take the plunge, despite colossal investments.

The metaverse “is not yet a mainstream category,” says Carolina Milanesi of Creative Strategies.

Virtual worlds will still be in the spotlight this year. Several companies and speakers will thus show the possible applications of these parallel universes.

Connected devices have been gaining momentum for almost a decade, but the market remains very fragmented, with dozens of manufacturers and many competing standards and standards.

Under the aegis of the Connectivity Standards Alliance (CSA), more than 550 companies have collaborated to define a common protocol, which experts see as a revolution.

With the new standard, called Matter, the first version of which was launched in October, it will now be possible to buy a device of almost any brand and connect it to the existing ecosystem of your home, whether it is works from Amazon’s Alexa or Google’s Nest apps.

“Some products have already obtained their certification” of compliance with this new standard “and there will be many more in the aisles of the CES”, announces Avi Greengart, of the firm Techsponential.

“We will see Matter devices synchronized with doorbells (entrance), vacuum cleaners and others”, adds the analyst.

The theme of climate change has been a major topic at CES for several years, even if the events devoted to it attract less public than the latest electronic gadgets.

This week, green technology will have its own exhibition space, a sign of the organizers’ desire to give the subject more visibility.