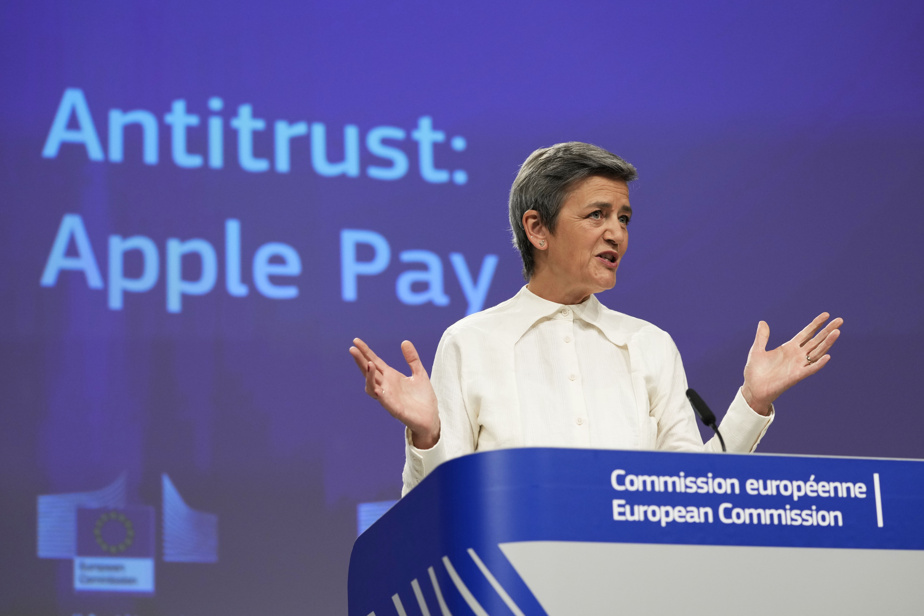 (Brussels) Brussels opened a new front against the tech giants on Monday, accusing Apple of blocking competition in contactless payment systems on its phones, to the detriment of consumers.

The EU executive said the iPhone maker was “abusing its dominant position in mobile wallet markets” with its Apple Pay service, by preventing competing solutions from working on its devices.

The Commission, guardian of competition in the EU, had already pinned Apple last year for anti-competitive practices in the online music market, one of the many files having pitted it against the behemoths of Silicon Valley like Google or Amazon.

Regarding Apple Pay, Brussels opened an investigation in June 2020 after complaints from European banks. On Monday, she informed the Cupertino group in writing of the grievances against her. This is a formal step that does not prejudge the outcome of the investigations. The company now has access to the file and will be able to respond to the charges.

Launched in 2014, Apple Pay allows holders of Apple-branded devices to make payments in stores by simply holding their device near the terminals used for credit cards. The market for electronic wallet applications is growing rapidly. It is also coveted by rival Google Pay and various start-ups.

“We have evidence indicating to us that Apple has restricted third-party access to key technology needed to develop competing mobile wallet solutions” on its devices, Competition Commissioner Margrethe Vestager said during an interview. a press conference.

Apple Pay is the only mobile wallet solution to have access to the NFC (Near Field Communication) technology fitted to the iPhone or iPad to exchange the data necessary for contactless payment, in stores or online, underlines the Commission.

Thus, any bank wishing to use this technology on these devices must go through Apple Pay, for a fee.

“Apple has built a closed ecosystem around its iOS devices and operating system. Apple controls the gates to this ecosystem, setting the rules of the game for anyone who wants to reach” its users, Ms.me Vestager.

The Californian group is also one of the main targets of the new European regulation on digital markets (“Digital Markets Act”, DMA), finalized at the end of March, which aims to prevent the giants of the sector from ousting smaller players by unfair methods.

“Mobile payments are the future […] We cannot allow Apple to build a monopoly in such a crucial new market to the detriment of consumers and merchants,” reacted Conservative MEP Markus Ferber (EPP), calling for “the highest possible sanction”.

“A company like Apple must not get away with a simple slap on the wrist again,” he added.

For its part, Apple invokes the imperative of security for its customers and considers the market very competitive. “Apple Pay is just one of the many options available to European consumers for making payments,” the Apple brand pleaded in a statement, while promising to “continue to collaborate with the Commission”.

No deadline has been set for the continuation of the EU investigation. If Apple is found guilty, it will have to remedy its practices or face fines of up to 10% of its annual turnover.