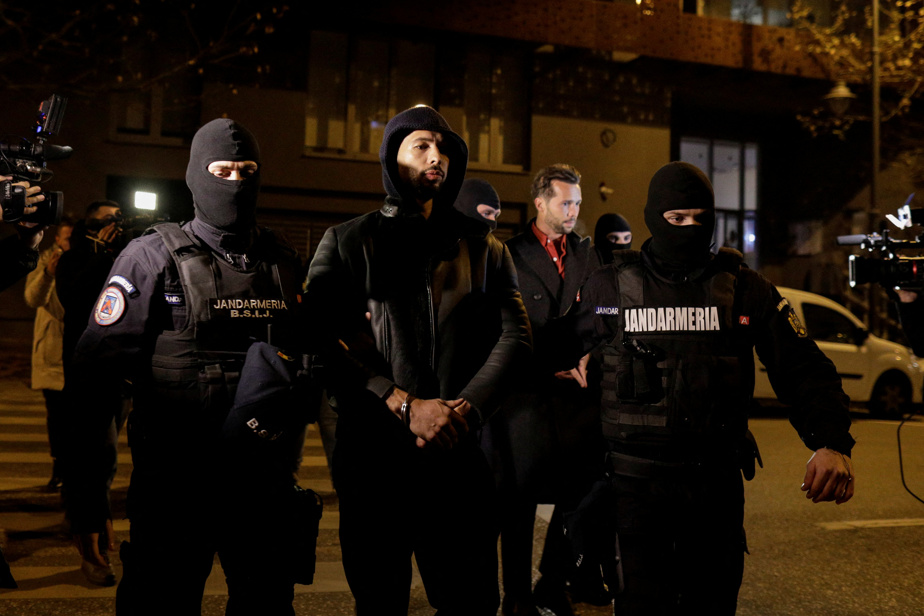 (Bucharest) Controversial British influencer Andrew Tate appeared in a Bucharest court on Friday for aggravated pimping, a few days after a very heated and widely commented exchange between the former kickboxer and environmentalist Greta Thunberg on Twitter.

Andrew and his brother Tristan Tate were taken into custody “for 24 hours”, said a spokeswoman for the DIICOT anti-Mafia prosecution, Ramona Bolla. The court, whose hearing began at 2 p.m. (7 a.m. Eastern time), must decide on a possible pretrial detention of 30 days.

Andrew Tate had a heated exchange this week, which went viral, with Greta Thunberg on social networks, in which he congratulated himself on emitting a lot of greenhouse gases with his collection of big cars.

At the news of her arrest, the Swedish activist tweeted ironically on Friday morning: this is “what happens when you don’t recycle your pizza wrappers”.

The post helped fuel speculation that Tate had been “located” by Romanian authorities through the pizza wrapper visible in a video response he sent to her on Wednesday.

“To determine whether a person is in the country or not, we use a whole range of means”, she added, specifying that “arrest warrants and searches” were already ready.

The prosecution has been investigating since early 2021 and had already searched Andrew Tate’s villa last April.

According to a statement, the British influencer and his brother are suspected of “organized crime”, “rape” and “human trafficking” in several countries. Six potential victims have been identified at this stage.

Duped by the two men who feigned feelings for them and then sequestered them, they were allegedly forced by violence into prostitution and the production of pornographic films.

The prosecutor’s office released images of searches that took place on Thursday and on which we can see firearms, wads of cash and sports cars seized in different places in Romania.

According to the Romanian press, two women, including an American citizen, were released last April from a villa in Bucharest by the police. They had claimed to be held there by force by the two British brothers.

These British kickboxers moved to Romania a few years ago.

Andrew Tate had appeared on the TV show Big Brother in 2016. He was eliminated from the competition after a video emerged showing him punching a woman.

He then turned to social networks where he promoted masculinist theses. His accounts had all been suspended for misogynistic comments, before Twitter reactivated one recently.

On his website, he presents himself as a multimillionaire and offers his advice to men to become rich.