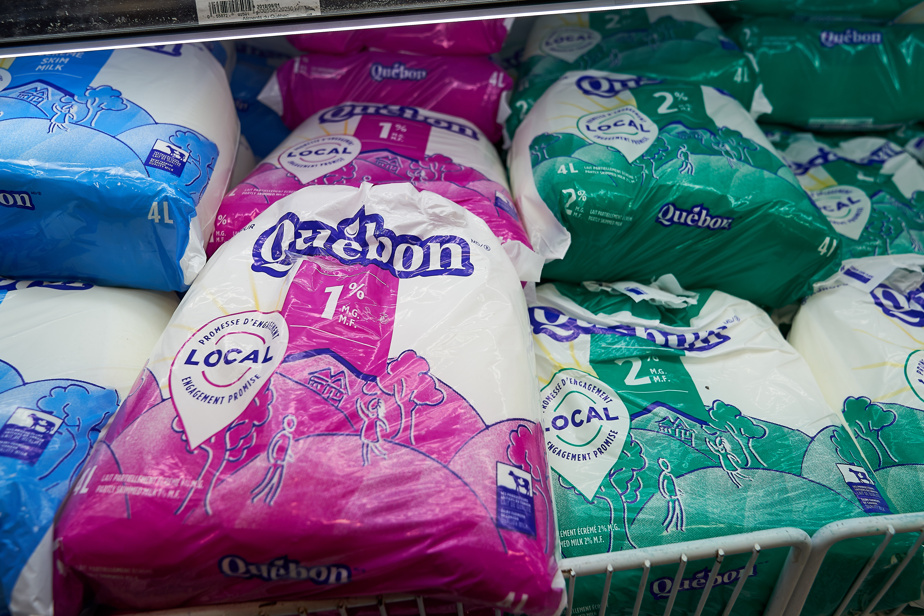 Will the traditional cartons and bags of milk disappear from the corner convenience store? Although they do not want to come to that, some owners may decide not to sell any more if their profit margin on this product, whose price is regulated, continues to melt like snow in the sun.

The director general of the Association of convenience store merchants and grocers of Quebec, Yves Servais, issued this warning on Monday, during a public session – organized by the Régie des marchés Agricoles et Alimentaires du Québec (RMAAQ) – on requests for adjustment of the retail price of fluid milk from 1er February 2023.

“If you allow retailers to have maximum profitability in basic milk, I think they will continue to sell it to make it accessible to less fortunate consumers. But at some point, there are limits that must not be exceeded, however, indicated Mr. Servais, during the hearings. If we go from 8% margin to 7% or 6% in the next few years, it is sure that it is no longer interesting. »

Recently, the Canadian Dairy Commission recommended raising the cost of milk on the farm by 2.2%. The RMAAQ must now set minimum and maximum retail prices. The margin of grocers and convenience stores, which has not changed since 2018, could be affected. A decision will be made in the coming weeks.

The maximum price for value-added milk is not set by the Régie. It may therefore be more attractive for some retailers to sell these products and give them more space on the shelves, to the detriment of the basic milk found in cartons (without plastic caps) and in bags.

The RMAAQ took the opportunity to call retailers to order: they must respect their commitment to sell all types of milk so that consumers have a choice. Specializing in organic products, Rachelle Béry, a brand managed by IGA, was directly singled out by the Régie. It is criticized for only selling value-added milk, i.e. products which have “particular characteristics as to their duration, their nutritional value or their presentation” (organic milk, lactose-free, milk carton fitted with a plastic cap…). Note that this is also the case in Avril supermarkets, noted The Press.

“Retailers are business people and they assess their profitability. They will have decisions to make, added Yves Servais at the end of the line, during an interview with The Press. [Cesser de vendre du lait de base], that’s going to be something to consider at some point. »

As of 2018, merchants earn a profit margin of around 16 cents on every liter of milk sold. They generally pay for their milk at the minimum price set by the Régie and resell it at the maximum price. For example, currently in Region 1 – which covers most of Quebec – the minimum retail price for a carton containing one liter of 2% milk fat is $1.99, while its maximum price is $2.15.

In the context, the AMDEQ asks that these famous 16 cents be indexed. For its part, the Quebec Food Retailers Association (ADA) also wants the margin to increase from 16 cents to 18 cents.

Yves Servais recalls that this “lack of profitability” has already had consequences in the past. “There were retailers, perhaps due to a lack of knowledge of the law, who sold their milk at a little more than the ceiling price. These retailers have been slapped on the knuckles, ”he said, however.

In addition, the remarks made by Mr. Servais during the hearings caused France Dionne, vice-president of the Régie, to react. She recalled the commitment made by retailers in 2016 that they would always offer basic milk.

“If there was one element that had been considered […] it was this idea, that the consumer had a choice. If he wanted a cork on his box and was willing to pay more when the box [traditionnel] was next, it was his choice, ”recalled Mme Dione.

“We have the impression that this promise, because people have changed, because the situation has changed, is no longer respected,” she said. Mme At the same time, Dionne pointed out Rachelle-Béry, who only sells value-added milk.

“The commitment in the case of Rachelle-Béry, obviously it is not kept, she launched. Perhaps the message could be passed on to the signs. We received the commitment that the consumer would always have a choice, ”she insisted on repeating.

Basic milk is also absent from the refrigerators of the Avril organic supermarket chain, which has 11 stores.

IGA spokeswoman Anne-Hélène Lavoie recalls that Rachelle-Béry is a chain “specialized” in organic products which has about ten stores. She recalled in return that Sobeys managed more than 450 supermarkets in Quebec and that they sold all types of milk.

For her part, the co-founder of Avril supermarkets, Sylvie Senay, does not feel she is “limiting” the choice of her customers by only offering value-added milk. “Because precisely, [la clientèle] comes to Avril for our organic offer, ”she wrote in an email sent to The Press, while she is currently outside Quebec. “We cannot compare ourselves to the conventional market. »

Could sanctions be taken against these businesses? To this, the Régie replied that it did not comment on the cases in progress or the decisions rendered.

Asked to respond, the Retail Council of Canada (RCDC) declined to comment as it relates to specific stores. Its president for Quebec, Michel Rochette, nevertheless maintained that “we could not force a retailer to sell milk”.

Are you worried that milk will become less accessible?