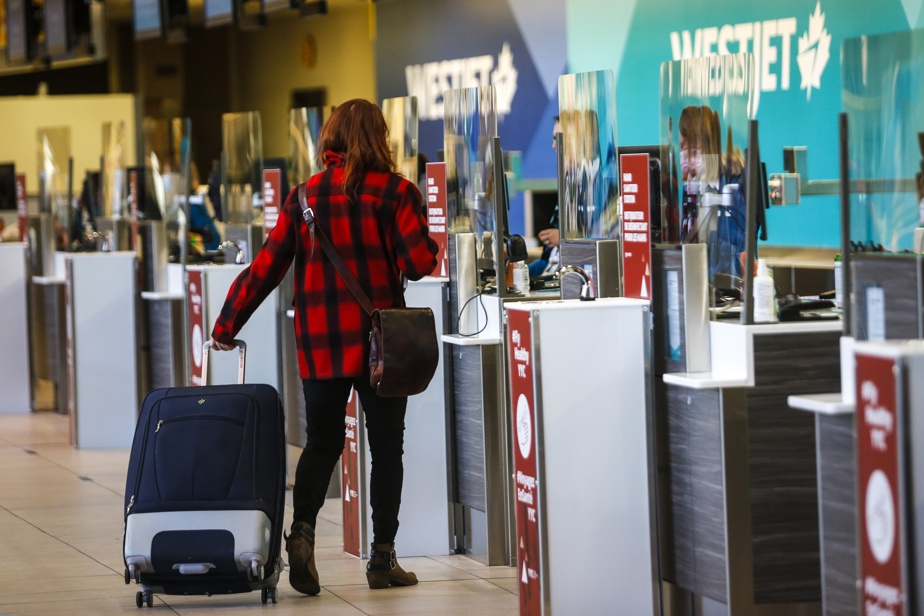 Health professionals and industry groups call on Ottawa to end all border testing requirements for COVID-19 as travel sector struggles to recover two years after start of the pandemic.

Changes to the rules, including eliminating the requirement that fully vaccinated Canadian travelers must take a molecular test before departure, went into effect Monday.

Rapid antigen tests administered by a medical professional remain mandatory for foreign visitors, and for Canadians who wish to avoid a 10-day home quarantine upon return.

At a press conference at Calgary airport on Monday, hosted by the Canadian Travel and Tourism Roundtable, WestJet vice-president of communications Richard Bartrem said the carrier’s flight volume remained half of its 2019 level, or about 700 trips per day.

“Fully vaccinated Canadians and incoming visitors should no longer be subject to testing fees and outdated measures when they return home,” he argued.

Zain Chagla, infectious disease physician at St. Joseph’s Hospital in Hamilton and associate professor at McMaster University, added that “we really don’t get much from what we do at the border, if is to increase the inconvenience of travellers”.

“Every variant that has been of concern has arrived in Canada and the likelihood of someone contracting COVID in Canada is not attributable to travel, but to our daily lives,” he said.

Mr. Chagla noted that settings like sports arenas and bars and nightclubs do not require COVID-19 testing.

He also pointed out that the UK and other European countries had dropped border testing requirements while continuing to monitor variants in the community through local testing and genome sequencing.

Find a needle in a haystack

Another concern is the cost and lower accuracy of rapid tests, which are nevertheless potentially cheaper and easier to access than molecular tests.

“We know that rapid tests in the Omicron era are less sensitive. (…) Random individuals are less likely to test positive unless they have symptoms that have been going on for a while,” Chagla explained.

Rapid tests must be taken the day before a scheduled flight or arrival at the land border. “The probability of detecting a positive case is like finding a needle in a haystack. But the costs are not negligible, are they? People are still paying $20 to $50 for these tests, so for a family of four, that’s a couple hundred extra dollars in tests,” he added.

The federal government announced earlier this month that effective Feb. 28, dual-vaccinated air and ground travelers would no longer need to present a negative molecular test result, such as a PCR test, before departure. for Canada.

Unvaccinated children under 12 no longer need to self-isolate upon returning home. And Ottawa has lifted its blanket advisory against foreign travel, removing a travel insurance hurdle as well as a mental barrier for many would-be vacationers as Spring Break approaches.

Random PCR screening of travelers after arrival at airports or land crossings continues, with test recipients required to self-quarantine until they receive their results.

WestJet’s Richard Bartrem said talks with Transport Canada have been “positive”, but he hopes rapid pre-departure testing and random testing on arrival will be completed within 30 days.