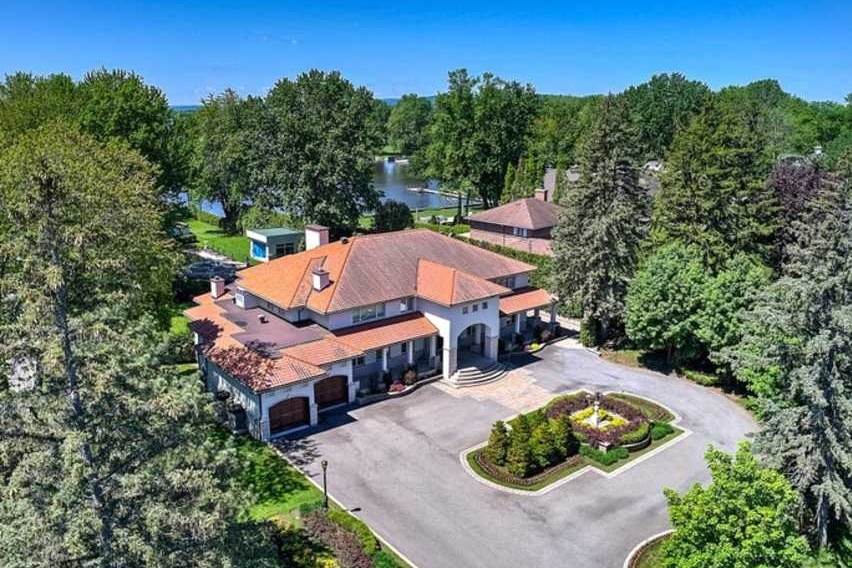 (OTTAWA) Foreign Affairs Minister Mélanie Joly on Saturday announced sanctions against a Haitian senator who owns a villa in Laval bought for $4.25 million last year. Ottawa says it has reason to believe the wealthy politician is illegally supporting armed gangs that terrorize the West Indies country.

“Canada continues to pressure armed gangs and their supporters to help the people of Haiti emerge from this crisis and restore peace and security to their country. We will consider the imposition of new sanctions against individuals and entities in Haiti as well as other measures to end the persistent violence,” said the minister, who is in Tunisia on the occasion of the Francophonie Summit.

Three people were added to the Canadian sanctions list regarding gang activity in Haiti on Saturday. One of the people targeted is Senator Rony Célestin, who has long had a pied-à-terre in Laval.

“Canada has reason to believe that these individuals are using their status as former or current public office holders to protect and enable the illegal activities of armed criminal gangs, including through money laundering and other acts of corruption,” said a statement from Global Affairs Canada.

In February 2021, The Press published a report on the purchase of a sumptuous $4.25 million villa in Laval by Marie-Louisa Célestin, consul of Haiti in Montreal and wife of Senator Rony Célestin. The couple already had another residence in Laval for years, which was subsequently sold.

The purchase of the villa at a time when Haiti was plunged into a deep crisis had sown controversy in the Haitian diaspora. The diplomat said she was intimidated to her doorstep by opponents. She had hired for her protection the security firm Titan, which counts among its managers former agents of the Royal Canadian Mounted Police, the Service de police de la Ville de Montréal, the Canadian Security Intelligence Service and the military police. Israeli.

Mme Célestin had originally bought the residence herself on behalf of the couple, but in May 2021, she donated half of the property to her spouse the senator.

The villa includes four bathrooms, space for ten cars in the entrance, a 66,000 square foot waterfront lot with a fountain and a swimming pool. In an article published when it went on sale, the Narcity website wrote that the large glass-fronted wine cellar was “more like a walk in closet for drink than a cellar”.

After the publication of the report by The Press, Haiti’s Anti-Corruption Unit had opened an investigation into the couple’s finances. The file had been closed after the Celestins had demonstrated the legitimate source of their funds. Mr. Célestin is a major industrialist in his country, while his spouse does import-export with China.

No evidence, retorts his lawyer

The sanctions imposed by Canada on Saturday lead to a transaction ban, which means that Senator Célestin’s assets in Canada must be frozen.

Saturday evening, the Quebec lawyer for the senator, Mr.e Alexandre Bergevin, said Canada had provided no evidence of his client’s support for armed gangs.

All sanctions will be vigorously contested, both in law and in fact, since the announcement of the sanctions comes without a shred of evidence. We are at the beginning and not at the end of the procedures.

“The sanctions taken today are intended to end the flow of illicit capital and arms and to weaken and disable Haiti’s criminal gangs,” said Global Affairs Canada in its statement.

“These gangs and their supporters continue to terrorize vulnerable populations in Haiti with impunity, and they have thus provoked a humanitarian crisis in the country”, continues the text.