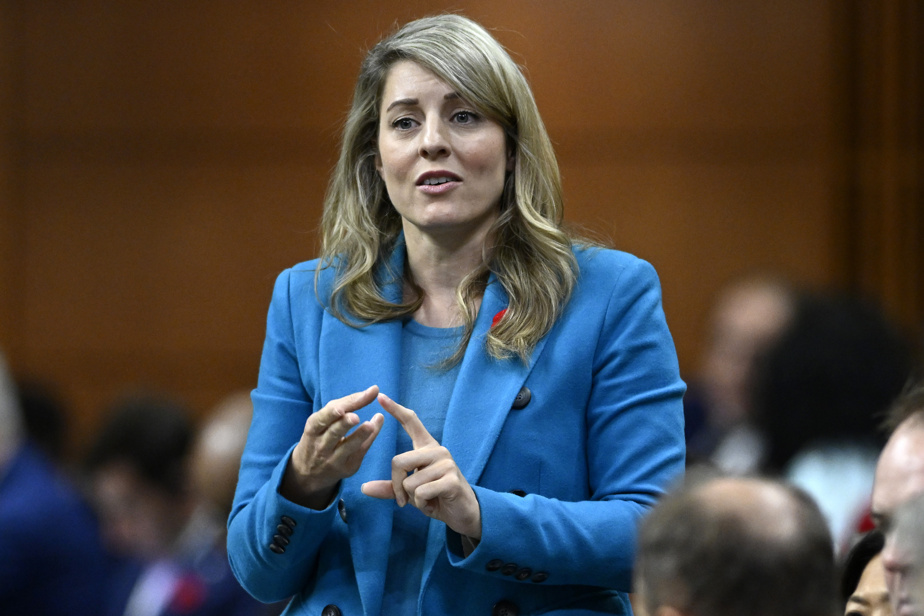 (OTTAWA) Canada announced on Friday the first sanctions surrounding the crisis in Haiti, which target a current Haitian politician and a former one.

In a statement, the Department of Foreign Affairs said Ottawa has reason to believe that the President of the Senate in Haiti, Joseph Lambert, and Youri Latortue, who has held this office in the past, have used their status to “to protect and enable the illegal activities of armed criminal gangs”. Money laundering is mentioned.

The Trudeau government, in conjunction with the United States, will therefore put in place a ban on transactions for these people, which aims to “freeze any assets they may hold in Canada”.

In the press release of the announcement, the Minister of Foreign Affairs, Mélanie Joly, again condemned the violence perpetrated by armed gangs in Haiti, mentioning the repeated rapes and acts that prevent the population from receiving essential services.

In addition to glaring security issues, the country is currently facing an outbreak of cholera and food insecurity. A blockage disrupts in particular the distribution of fuel throughout Haiti.

Earlier this week, Canadian Prime Minister Justin Trudeau said that “sanctions are not enough in themselves”.

Discussions are ongoing on a possible international intervention. The Haitian Prime Minister, Ariel Henry, asked that it be military.

“But you have to be very careful that an intervention is acceptable to the (Haitian) people and to help them,” Trudeau said on Wednesday.

He maintained that the Canadian mission recently returned to the country had made it possible to collect “a lot of information” on the ground and that his government was busy finding the best avenue to take.

“We understand how many Haitians there are who do not want to see international intervention,” continued Mr. Trudeau. It’s a reality. At the same time, we look at the crisis, the rapes, the violence, the poverty, the cholera, the health crisis and we say to ourselves ”We have to intervene in one way or another”. »

On Monday, the Canadian Ambassador to Haiti, Sébastien Carrière, said that no decision had yet been made on the role that Canada will play in a future international intervention.

However, he said that many people in Haiti and the Caribbean region hope that Canada will assume a leadership role in supporting this country.

“The international community has an important role to play, and we must do everything in our power to help Haitians and uphold human rights, democracy and international peace,” said Ms.me Happy Friday, still in the same press release.

The minister is in Germany to take part in a meeting of G7 foreign ministers. Mr. Trudeau meanwhile has a press briefing scheduled for the afternoon in the greater Toronto area.