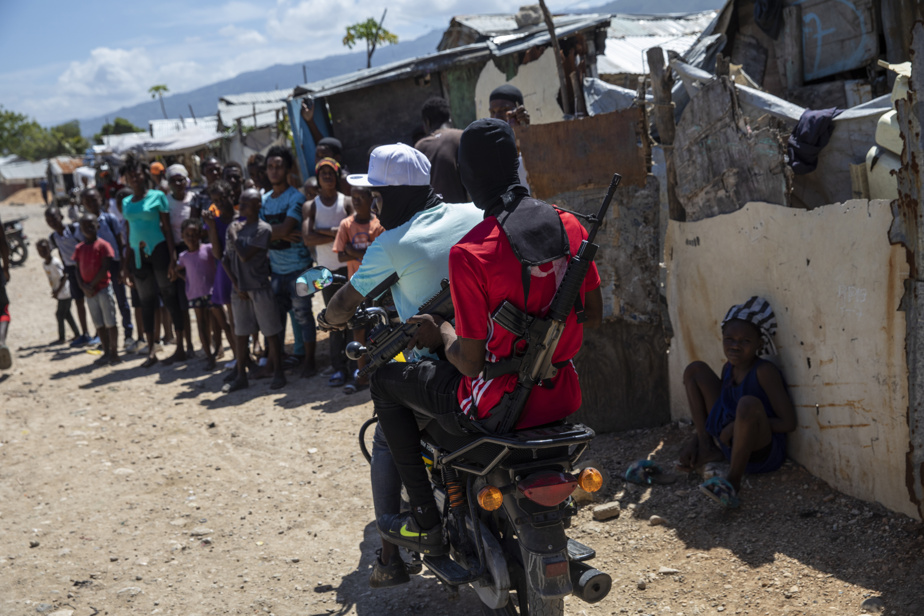 (OTTAWA) Canada on Wednesday sent three additional armored vehicles to Haiti, where the political and security crisis has dragged on for months.

The Ministers of Foreign Affairs and National Defence, Mélanie Joly and Anita Anand, announced the shipment in a press release. The number of vehicles sent and purchased by the Haitian government is not specified.

A government source, however, told The Canadian Press on condition of anonymity, as he was not authorized to discuss this matter with the media, that two vehicles of the same type were transported, as well as a third which is different.

The press release emphasizes that this shipment aims to respond to a request made by Haiti. It specifies that the transport is made by means of a Canadian military plane which arrived in Port-au-Prince.

The armored vehicles will be transferred to the director general of the Haitian National Police, Ottawa said.

The government of Justin Trudeau hopes that this shipment will help in the fight against violence perpetrated by gangs against the Haitian population.

“The delivery of these armored vehicles purchased by the Haitian government will contribute to the efforts of the Haitian National Police to provide essential humanitarian assistance and prevent further criminal acts of violence,” Minister Anand said in the statement.

The Haitian people have been confronted, in recent months, with a new wave of violence by armed gangs, whose members perpetrate repeated rapes and blockades preventing the population from receiving essential services.

In addition to glaring security issues, the country is currently facing an outbreak of cholera and food insecurity.

Ottawa has sanctioned members of the Haitian elite whom it considers to be responsible or complicit in the violence suffered by the population in Haiti. Washington has also moved forward with a sanctions regime.

As the Trudeau government reiterated in its press release on Wednesday, Canada is considering other types of actions to help the Haitian people.

“We have made it clear that Canada will not sit idly by as gangs and their supporters continue to terrorize vulnerable populations in Haiti with impunity,” said Ms.me Joly in the same press release.

Unelected Prime Minister Ariel Henry called for foreign military intervention, a request supported by the UN Secretary General, but frowned upon by many Haitians.

The Canadian government has repeatedly expressed that it wants to ensure that a political consensus is reached before moving forward with any form of intervention. Prime Minister Justin Trudeau also insisted on the intention to avoid the mistakes of the past, in terms of international involvement in Haiti.

Asked about this file during a press briefing in Mexico City, Mr. Trudeau pointed out that Ottawa has so far relied on the sanctions in place and on efforts to ensure that Haitians have access to food, water drinking water, medicine and fuel.

“We all know that there is always a possibility that things will improve, but also that things will go downhill, that the situation will get worse, and, at this level, we are discussing with our partners in the Caribbean, but also from the United States and other [pays] what kind of scenario and what kind of intervention might one day be needed,” he said.

Mr. Trudeau concluded a stay in the Mexican capital on Wednesday during which he met with the President of Mexico Andrés Manuel López Obrador and the American President Joe Biden.

“We hope that the work we are doing with sanctions, with support for the Haitian National Police, with humanitarian aid, with political pressure, will continue to improve little by little. […] this tragic situation,” concluded Mr. Trudeau.