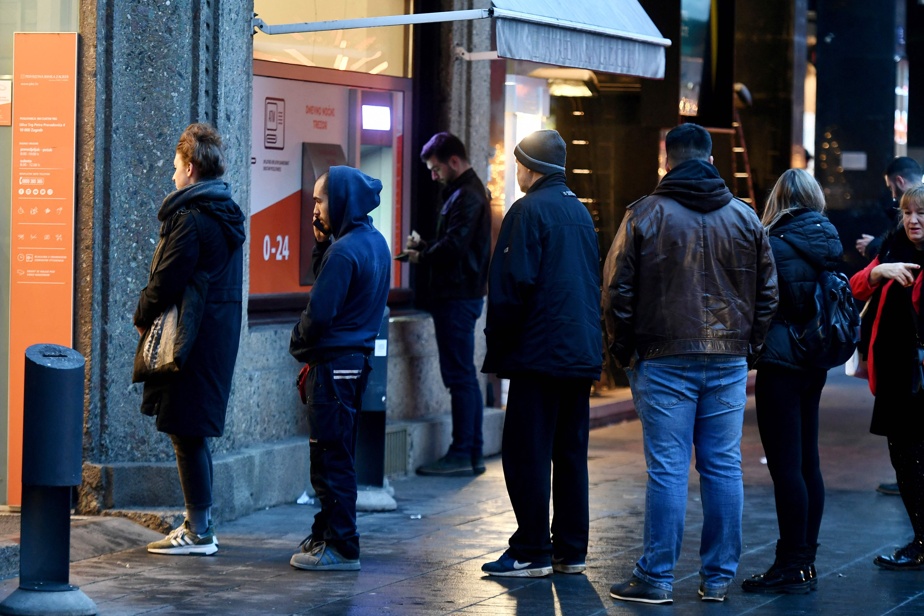 (Zagreb) Croatia counted the hours on Saturday before switching to the euro and entering the Schengen area of ​​free movement, two major steps for this small country which joined the European Union (EU) nearly a decade.

At midnight (6 p.m. EST) Saturday, Croatia will say goodbye to its currency, the kuna, to become the twentieth member of the euro zone.

Croatia will join the Schengen area at the same time as 27e member of this vast area within which more than 400 million people can travel freely, without internal border controls.

On Sunday, the President of the European Commission Ursula von der Leyen will come to Croatia to mark the two events, the Croatian government announced on Friday.

Croatian leaders regularly point out the benefits expected for this Balkan country, which has 3.9 million inhabitants and has belonged to the EU since July 2013. The country declared its independence from Yugoslavia in 1991 and the ensuing conflict ( 1991-1995) caused some 20,000 deaths.

Entry into the euro zone and the Schengen area are “two strategic objectives for further integration into the EU”, insisted the conservative Prime Minister Andrej Plenkovic on Wednesday.

Experts say euro changeover will help protect Croatia’s economy, one of EU’s weakest, in a world plagued by soaring inflation, a severe energy crisis and geopolitical insecurity from the start of Russia’s invasion of Ukraine on February 24.

Eastern European countries that are members of the EU but not of the eurozone, such as Poland or Hungary, have proven to be even more vulnerable to rising inflation.

The benefits of joining the euro will be felt by all segments of society — individuals, companies and the state — she insists. Experts cite in particular the elimination of exchange risks and better borrowing conditions in the face of economic difficulties.

The euro is already very present in Croatia. About 80% of bank deposits are denominated in euros, the main partners of this Mediterranean country are in the euro zone and tourism, which accounts for 20% of GDP, is supplied by a large European clientele.

Croatia has welcomed four times more tourists this year than it has inhabitants.

Entry into the Schengen zone will also give a boost to tourism. Long queues at the Croatian borders with its European neighbors Slovenia and Hungary will be a thing of the past.

On Sunday, 73 border posts will close.

In airports, the change will take place on March 26, for technical reasons.

At the same time, the situation at the country’s borders with its non-EU neighbors — Bosnia, Montenegro and Serbia — will hardly change: Croatia already applies the rules of the Schengen area there.

The repression of illegal immigration remains a major challenge. Since the country joined the EU, it has inherited the heavy task of protecting an external land border over 1350 km long, most of which is with Bosnia.

Croatia is on the so-called Western Balkan route used by migrants, but also by traffickers of arms, drugs and human beings.

The border with Bosnia is the most difficult to manage, due to its length, but also its rugged terrain.

After the ebb in clandestine crossings linked to the health crisis, Croatia registered 30,000 irregular migrants in the first ten months of 2022, an increase of 150% compared to the same period of the previous year.

The Croats perceive their entry into the euro and the Schengen area with mixed feelings: if they generally welcome the end of border controls, the change of currency inspires mistrust.

“We will cry our kuna, the prices will explode,” laments Zagreb Drazen Golemac, a 63-year-old pensioner.

However, his wife Sandra wants to be optimistic and says she is sure that “the euro has more value”.

“Nothing changes on 1er January, everything has been calculated in euros for two decades anyway,” observes Neven Banic, an employee.

For a long time, Croatians have counted in euros for the price of valuable goods, such as cars or apartments.