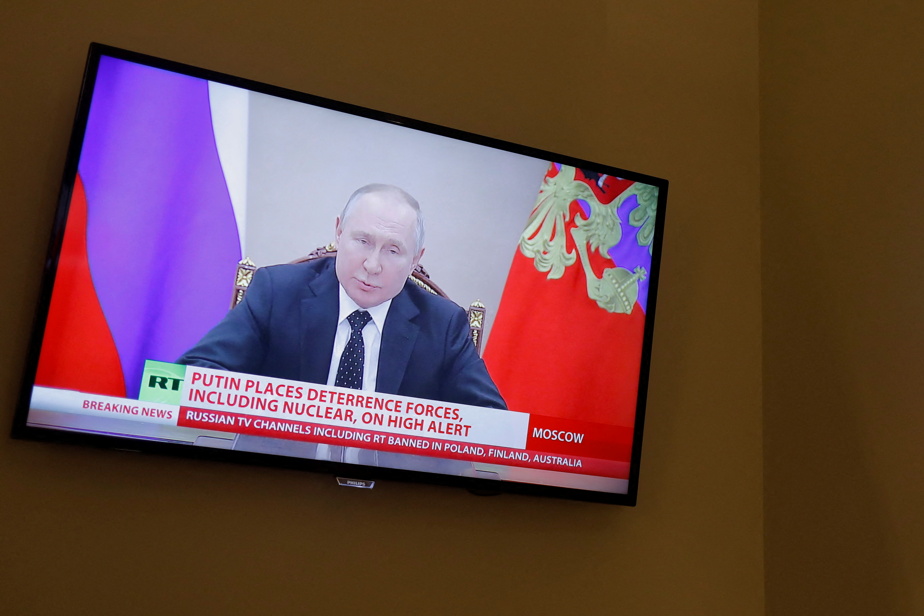 (Ottawa) The RT (formerly Russia Today) and RT France channels can no longer be broadcast on television in Canada, as their programming is “not in the public interest”, in addition to “undermining democratic institutions in Canada “.

The Canadian Radio-television and Telecommunications Commission (CRTC) announced on Wednesday that it is officially removing the two channels from the List of non-Canadian programming services and stations authorized for distribution.

“Freedom of expression and diversity of viewpoints are essential elements of our democracy. However, being broadcast in Canada is a privilege, not a right,” its president, Ian Scott, said in a statement.

“Foreign channels can be removed from the authorized list if their programming does not meet the standards to which Canadian services are held, or if their continued broadcast no longer serves the public interest, as was the case for RT and RT France,” Mr. Scott added.

The CRTC has determined following a public consultation that the authorization to distribute RT and RT France was “not in the public interest”, because their programming did not comply “nor with the standards that the services must follow. Canadians” or the policies set out in the Broadcasting Act.

The administrative tribunal said it was “concerned about programming from a foreign country that seeks to undermine the sovereignty of another, to demean Canadians of a certain ethnic origin and to undermine democratic institutions in Canada”.

A consultation surrounding the maintenance of RT and RT France in the Canadian media landscape was launched on March 3, the day after a request made by the government to the CRTC on this subject.

Shortly after the Russian invasion of Ukraine, the Minister of Canadian Heritage, Pablo Rodriguez, expressed “concern” about the presence of this international network controlled by the Russian state on the Canadian airwaves. “We are exploring all options,” he wrote on Twitter on February 26.

As part of its consultations, the CRTC claims to have received a total of 373 interventions. An overwhelming majority of them – 94% (350) – were in favor of the withdrawal of RT and RT France from the Canadian airwaves, according to the organization.