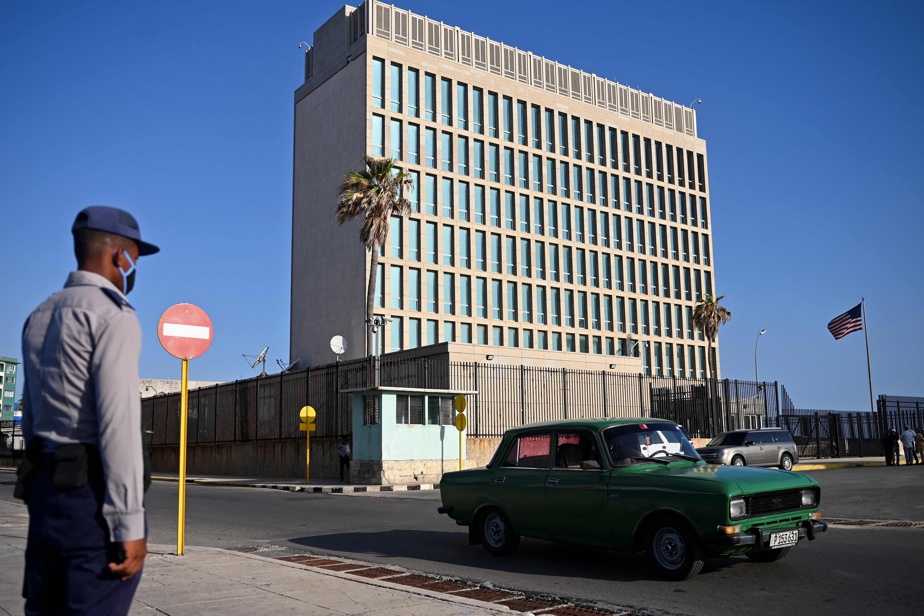 (Havana) The United States Embassy in Havana resumes on Wednesday the full issuance of visas for Cubans wishing to settle in the United States, in a context of record exodus to this country, but without a “normalization” of relations with the communist island.

“The United States is working to ensure safe, legal and orderly emigration for Cubans by expanding its consular services to Havana and resuming family reunification (procedures),” the diplomatic representation said in a statement on Friday. US, confirming the recovery on January 4.

The embassy announced in March the reopening of its consulate, closed since 2017 due to alleged health incidents affecting diplomats.

Several high-level meetings on the migration issue followed, first in Washington and then in Havana, with the aim of reactivating the migration agreements between the two countries interrupted under the government of Donald Trump (2017-2021). .

In May, the consulate thus resumed in a “limited” way the issuance of visas for Cubans wishing to emigrate, then the embassy announced a total resumption of procedures, except tourist visa, for January 2023.

“We have made very discreet advances aimed at putting bilateral cooperation on the path to the execution of migration agreements,” acknowledged Cuban President Miguel Diaz-Canel in mid-December.

Since 2017, Cubans wishing to obtain a visa for the United States have faced a veritable obstacle course, with the obligation to apply, at their own expense, in a third country – generally Guyana, in South America. South.

“It is a good sign that the governments of the two countries are talking to each other on how to manage migratory flows in an orderly and rational way”, analyzes for AFP Michael Shifter, of Georgetown University in Washington.

But these conversations “have been limited to migration issues, particularly in the context of the serious migration crisis,” said Jorge Duany, Cuba specialist at Florida International University.

Hit by a serious economic crisis, Cuba is experiencing an unprecedented migratory exodus. Since the end of 2021, many Cubans have taken advantage of the visa exemption in Nicaragua, an ally of Havana, to then try to join the United States through Central America.

Some 326,336 Cubans, or 2.9% of the island’s population (11.2 million inhabitants), thus entered the United States illegally over 12 months (until the beginning of December 2022), according to the authorities. Americans. Illegal emigration by sea has also skyrocketed in recent months.

The Cuban government has acknowledged that Washington granted in 2022, for the first time since 2017, more than 20,000 visas to Cubans wishing to settle in the United States, as provided for in agreements dating from 1994.

But, even if Washington “does not want to recognize it, there is a direct link between the resurgence of extreme measures against the Cuban economy and the dramatic migratory flow which has exploded”, insisted in November to AFP Johana Tablada, senior official of the Ministry of Foreign Affairs.

If certain sanctions imposed under the mandate of Donald Trump have been relaxed by his successor Joe Biden, the Democrat is careful for the moment to take over the policy of rapprochement initiated by Barack Obama (2009-2017).

Upon arriving at the White House in 2021, Mr Biden promised to review US policy toward Cuba, but his rhetoric hardened following anti-government protests on the island in July 2021.

In December, the US president called again for the release of “hundreds of political prisoners” arrested during the protests.

“Mr. Biden is trying to recalibrate his policy toward Cuba, charting a middle course between Trump’s ‘maximum pressure’ and Obama’s ‘approach’, but for now changes in US policy toward the island have been minimal,” said Mr. Duany.

“For the moment, there are no conditions to move towards a normalization of relations”, abounds Michael Shifter.