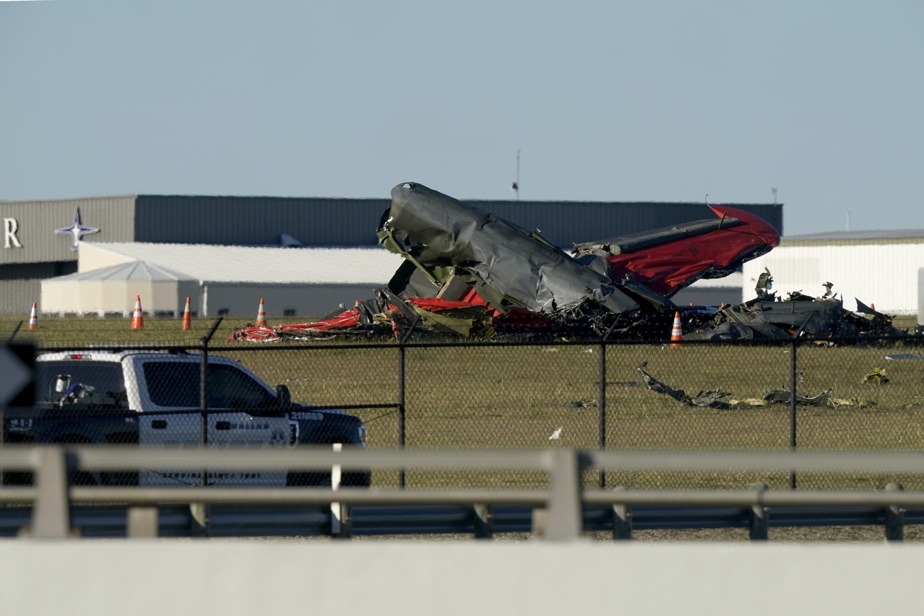 (Dallas) U.S. transportation officials traveled to Dallas on Sunday to investigate the cause of the crash of two historic military planes that killed six at an air show.

A World War II bomber and fighter jet collided and crashed to the ground in a ball of flame on Saturday, about 10 miles from the city center.

The accident came three years after a bomber crash in Connecticut that killed seven people, amid continued concerns over the safety of air shows involving older models of fighter jets.

The National Transportation Safety Board has taken control of the crash scene, with local police and firefighters in support, Dallas Mayor Eric Johnson said. The Federal Aviation Administration must also investigate, officials said.

Officials did not say how many people were inside each plane, but Hank Coates, president of Commemorative Air Force, the company that owns the planes and organized the air show, said one of the aircraft, a B-17 Flying Fortress bomber, usually has a crew of four to five. The other, a P-63 Kingcobra fighter jet, has a single pilot. The planes are flown by highly trained volunteers, often retired pilots, he said.

John Cudahy is president of the International Council of Air Shows, a trade group that sets the standards followed by air shows and oversees pilot training. According to him, at air shows there is usually a rehearsal on Fridays, so the Saturday show is actually a second time for the pilots. There are also detailed meetups to go over the show plan and cover exactly where each driver will be placed.

Several videos posted on social media show the fighter jet crashing into the bomber, crashing it to the ground and creating a large ball of fire and smoke.

“It is still too early to understand what happened yesterday. I’ve watched the video several times and I can’t figure it out and I’ve been doing this for 25 years,” Cudahy said.

The B-17, the cornerstone of American air power during World War II, was a huge four-engined bomber used in daylight raids against Germany. The Kingcobra, an American fighter aircraft, was primarily used by Soviet forces during the war. Most of the B-17s, also called “Flying Fortresses”, were scrapped at the end of World War II and only a handful remain today, widely displayed in museums and air shows. , according to Boeing.