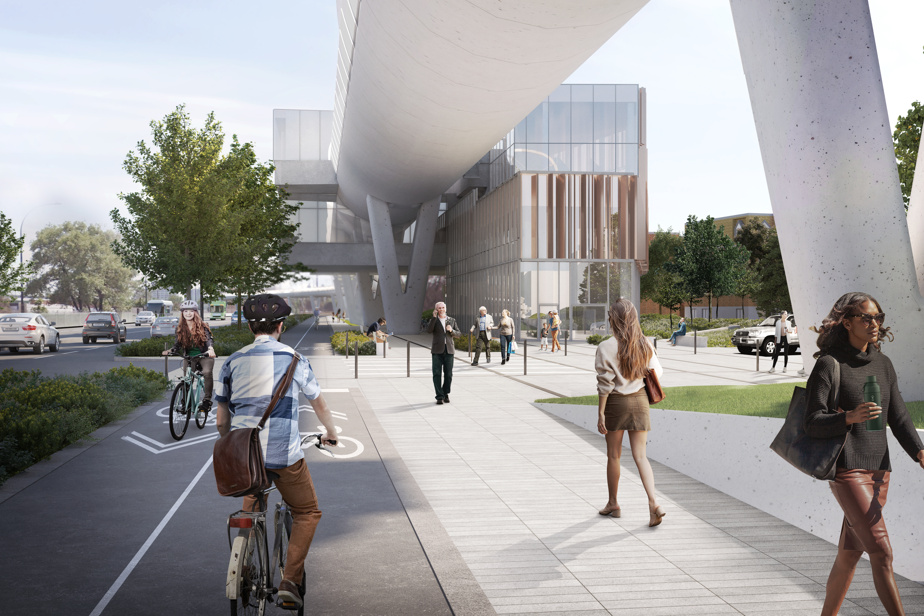 (Quebec) The schedule for the Eastern Metropolitan Express Network (REM) has been postponed, learned The Press. The BAPE’s study and public hearings will not take place this spring as planned. The Caisse de depot et placement du Québec refuses to go further without a clear position from the City of Montreal about the new version of its 10 billion project.

“To move to the next stage, it is necessary to have the alignment of all the stakeholders. We do not wish to file at the BAPE [Bureau d’audiences publiques sur l’environnement] a project that does not benefit from the required alignment of project stakeholders,” says Jean-Vincent Lacroix, Communications Director of CDPQ Infra, the Caisse subsidiary responsible for the project.

He adds that “the public hearings of the BAPE cannot be held without a clear operating mechanism between the various stakeholders being established.”

Since the BAPE exam can no longer be held this spring, the entire schedule for the Eastern REM is turned upside down. There will be no construction start in mid-2023, nor commissioning in 2029.

Last week, after 15 months of work and a wave of criticism, CDPQ Infra presented a new version of its project. She says she responds in this way to 80% of the elements raised in a fairly critical progress report from a committee of experts responsible for ensuring the architectural and urban integration of the Eastern REM.

CDPQ Infra regrets that the City of Montreal has not expressed a clear position regarding its “greatly improved” project.

“Still work to do”

On March 9, Mayor Valérie Plante said there was “still work to do” and “improvements to be made,” without giving details. She described the new version of the project as a “progress report” and reiterated her preference for a train that would run underground in the city center.

CDPQ Infra’s revised project provides for major developments along the structures, such as bike paths and public squares. It is counting on the City and the government to pay them.

The City estimates the total bill for the development work around the REM at 1 billion. Valérie Plante has promised to invest 500 million. The Legault government has said it is ready to put “significant sums” on the table, but no agreement has been reached to date.

Valérie Plante recalled last week her request for the creation of a joint committee with the Caisse, a “winning condition” for the project to receive her support.

“We want to be around the table to participate even more actively in the cost assessment. CDPQ Infra’s expertise is the train. That of the City is the development,” she said.

Last month, Premier François Legault proposed creating a “working group” bringing together the City, the government and CDPQ Infra to “discuss possible improvements to the current route and the project as a whole”, but this suggestion does not apparently had no sequel.

CDPQ Infra has already indicated that the REM de l’Est would be abandoned without the clear support of the City and the Autorité régionale de transport métropolitain, which produced a devastating opinion on the project.