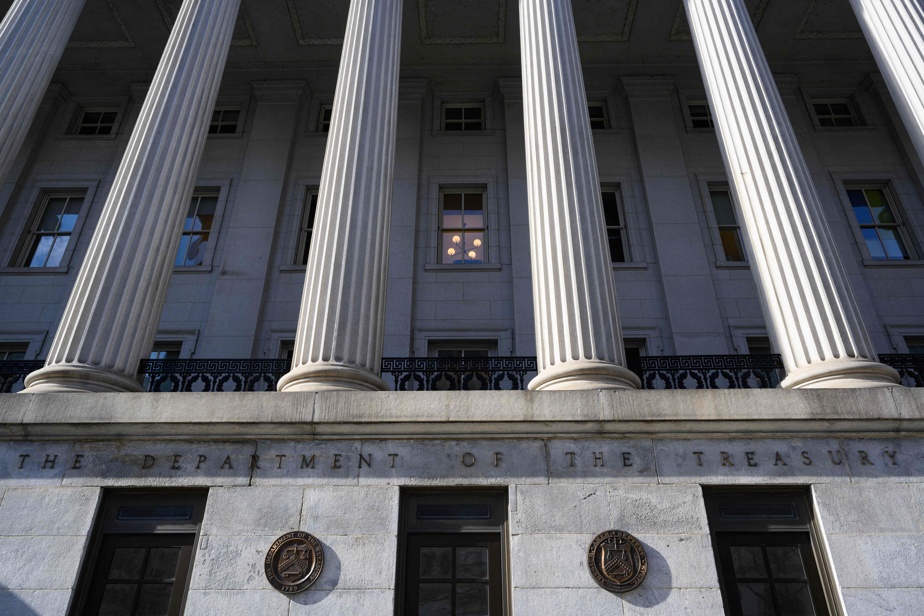 (Washington) The debt ceiling of the United States, which was reached on Thursday and which obliges the American Department of Finance to take savings measures to ensure the payment of its financial commitments, has become the subject of confrontation between the Democratic administration and the new Republican majority in the House of Representatives.

In a letter sent Thursday to Republican Speaker of the House of Representatives Kevin McCarthy, Treasury Secretary Janet Yellen announced the implementation of “exceptional measures” while the maximum debt ceiling, currently set at more than 31,000 billion dollars, was reached before it was amended by Congress.

The first measures concern the cessation of payments to several pension funds and health or disability benefits for public officials, technical adjustments “which are not immediately necessary for the payment of pensions”.

At the same time, “a period of suspension of debt issuance” has begun and will last until June 5, added Mr.me Yelen.

These measures allow the US administration to see ahead but can only be temporary and, if Congress fails to reach an agreement, the United States could eventually find itself in a situation of default.

“Failure to meet government obligations would cause irreparable damage to the American economy and the livelihoods of all Americans as well as to global finance,” Mr.me Yellen on January 13.

The markets reacted little to the announcement, the indices – trending downward from the start of the session – losing 0.76% for the Dow Jones and 0.96% for the NASDAQ respectively at the close.

“Everyone expects this to be over by summer but, for now, it’s not really going to move the markets,” said Ed Moya, analyst for Oanda.

The White House had underlined Friday that, in normal times, the elected Republicans and Democrats cooperate in the matter “and that is what is necessary”, excluding however any negotiation on this subject.

A way of placing the responsibility for a possible failure on the Republicans, because the latter have made no secret of their desire to use the issue of the ceiling as a bargaining chip to obtain blows on the plans of funding voted during the first half of President Joe Biden’s term.

But, even more, they want to impose their own economic program, which provides for new tax cuts and a reduction in public spending.

“Imagine giving your child a credit card that regularly hits the cap, so you increase it and so on. At some point do you continue like this or are you trying to change his behavior? “, thus described Mr. McCarthy in front of the press.

“Congress cannot continue to mortgage the future of our children and grandchildren by borrowing from foreign countries like China,” said Republican Jason Smith, chairman of the House Ways and Means Committee.

Senate Majority Leader Chuck Schumer said in a statement that “if Republicans stop paying our nation’s bills, Americans will suffer the consequences.” A political escalation on the level of indebtedness would represent a severe blow to the local economies”.

JPMorgan Chase chief executive Jamie Dimon told CNBC that “the solvency of the US government should not be an issue. It is sacrosanct, it must never happen”.

If the increase, or the suspension, of the debt ceiling is a subject that comes up regularly, with already 79 interventions since 1960, it is occasionally a subject of political tension between the two parties.

In 2011, the opposition between the Republican majority in Congress and the Democratic administration of Barack Obama was such that the rating agency Standard and Poor’s lowered the long-term debt rating of the United States, a first which shook the financial markets.

In 2021, the very thin Democratic majority in Congress and the Republican opposition scrapped for several months before reaching an agreement.

Janet Yellen announced in early August, in a letter to former House Democratic leader Nancy Pelosi, the implementation of “extraordinary measures” to deal with the situation.

Congress had finally agreed on raising the ceiling in December, shortly after midnight on the same day that the Treasury would have been forced to take additional measures, with a more direct impact on the American economy.

New battleground between Republicans and Democrats

What is this “debt ceiling”?

This is the maximum level set by Congress for borrowing by the US government. It is currently set at $31.281 billion, following already complicated negotiations in October 2021 between Democrats, who then had a narrow majority in both chambers, and Republicans. They were concluded in extremis before a previous crucial deadline.

The loans concerned are both long-term, including bonds issued by the Treasury, and short-term loans, which are often used by States to obtain working capital. And they make it possible to settle all the government’s bills, for example veterans’ pensions, social assistance or the reimbursement of previous installments that have expired.

Not immediately, but if the situation were to continue, it could happen.

At first, this mainly forces the government to reduce its spending. He must indeed prioritize the repayment of his obligations over any other expense in order to avoid default.

The first measures, which fell on Thursday, concern the financing of several pension funds for public service employees and consist immediately of simple transfers of credits between different lines of expenditure. The Treasury also suspends, until June 5, any new debt issuance.

If the situation persists, the Treasury will have to go further, with an effective reduction in a certain number of expenditures, in theory of the order of the deficit authorized by Congress for this year, in order to balance its budget.

This could notably lead to delays in the payment of pensions, in social security payments or military salaries or the closure of services – the famous “shutdown” –. With a certain impact on the American economy and which would not stop growing, as the State would have to cut its expenses.

But above all, failing an agreement, the United States could find itself in default, that is to say not be able to repay on the scheduled date maturities linked to its debt, which would constitute a first in the world. country’s history.