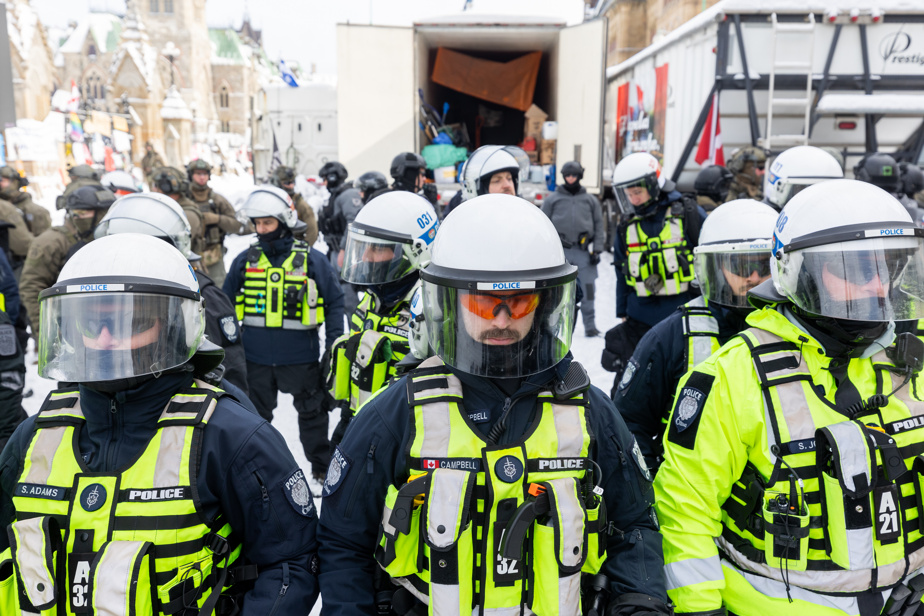 A memo to councilors released by the city says nearly all of the $36.3 million bill is related to policing the protest that blocked city streets near Parliament Hill in downtown, for long weeks.

Excluding the RCMP, the policing bill drops to $27.7 million for salaries, accommodations for out-of-town help, supplies, food costs and what the memo calls “vehicle expenses”.

City staff announced their intention to formally ask the provincial and federal governments to cover all costs related to the local response to the so-called “freedom convoy.”

But the final count could still increase.

The city’s non-police response cost $1.3 million, but the memo points out that amount does not include the yet-to-be-determined cost to repair damaged infrastructure.

The convoy of large trucks and other vehicles arrived in Ottawa in late January to protest public health restrictions and Prime Minister Justin Trudeau’s government.

Police had initially believed the protesters would stay for the weekend and then move on, but it quickly became clear those involved had no intention of leaving so quickly.

Local, provincial and federal leaders called the situation an illegal occupation of the nation’s capital, but it took weeks before police moved in to clear the streets.

The situation has shaken local residents, businesses and politicians. The police chief resigned, and all members of the police services board eventually resigned their seats, except for the chairwoman, Councilwoman Diane Deans, who was removed by the board.

The total costs listed in the memo do not include losses to downtown businesses, which are estimated to be in the millions. They also do not include nearly $30,000 in compensation to social service providers whose operations have been similarly affected.