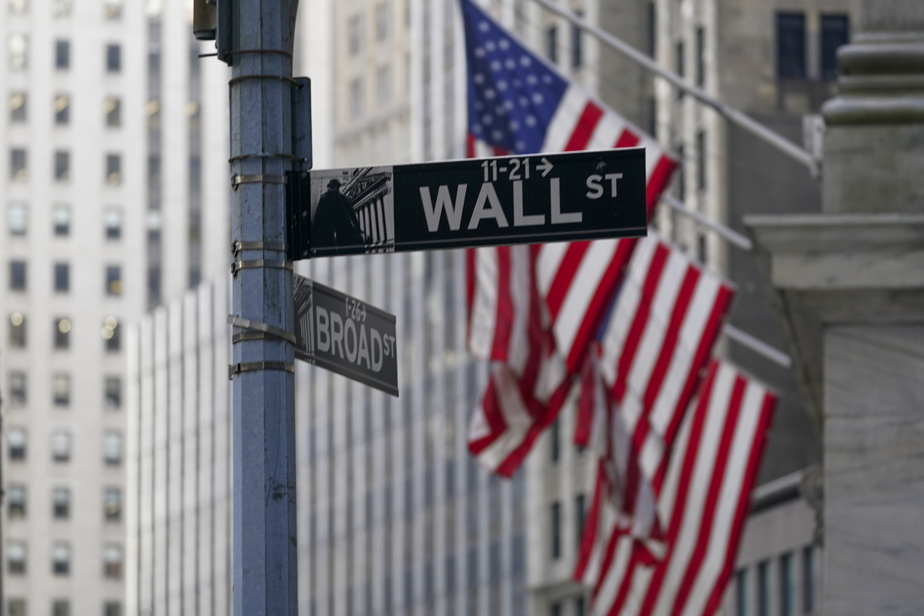 (New York) The New York Stock Exchange ended higher on Thursday, supported by bargain buying and the prospect of a less firm American Central Bank (Fed), which offset the announcement of the Russian invasion of the ‘Ukraine.

The session had started at half mast with the start of the Russian attack on Ukraine, a few hours after the announcement of a military operation by President Vladimir Putin.

By late afternoon, Russian troops were at the gates of the capital Kiev, controlling Ukrainian airspace and, according to a senior Western intelligence official interviewed by AFP, preparing to “mass an overwhelming force” around the city. in the next few hours.”

But after a slide, over the hours, the indices recovered and the NASDAQ is resolutely back in the green, to the point of observing an amplitude of more than 7% between its lowest and highest of the session.

“The market had sunk too low,” commented Tom Cahill of Ventura Wealth Management, “so the time had come for a rebound. »

The NASDAQ had thus passed briefly Thursday in “bear market”, which means that it had lost more than 20% compared to its historical peak of November 22 last.

Moreover, investors, who believed they had priced in an invasion of Ukraine, repositioned themselves once the attack had begun. “When there is a geopolitical event or a war, you buy at the first gunshot”, according to Tom Cahill.

“It was the peak” of the market decline, which began several weeks ago, said Marc Chandler, head of market strategy for the broker Bannockburn Global Forex.

Faced with the lack of geopolitical visibility, operators have now completely ruled out the scenario of a 0.50 percentage point increase in its interest rate by the American Central Bank (Fed) at its March meeting.

The market is only expecting a rise of 0.25 points, a trajectory that appeals more to Wall Street and once again favors technology and growth stocks.

At the other end of the spectrum, Russian companies listed in New York were shunned like the plague, like the technology giant Yandex (-40.31% to 20.32 dollars). Entered the NASDAQ in 2011, the one who is sometimes nicknamed the “Russian Google” dropped up to 58% before recovering somewhat.

Thursday’s rebound does not necessarily signal the start of an uptrend, warned Tom Cahill, who recalled the new sanctions package announced the same day by US President Joe Biden.

The two main banks in the country, Sberbank and VTB, are targeted, as well as most of the largest Russian companies, which will no longer be able to raise money on the American markets.

“There are going to be ramifications in Europe and for some companies in the United States,” the analyst warned. So that’s going to slow down the growth. Some think that all this will end quickly, but the consequences will spread over time. ”

Among the rare companies to evolve according to their own news, the Moderna laboratory (+ 15.10% to 156.23 dollars), author of a turnover and a profit better than expected in the fourth quarter of 2021 Buoyed by the anti-COVID-19 vaccine, the pharmaceutical company has significantly raised its targets for 2022.