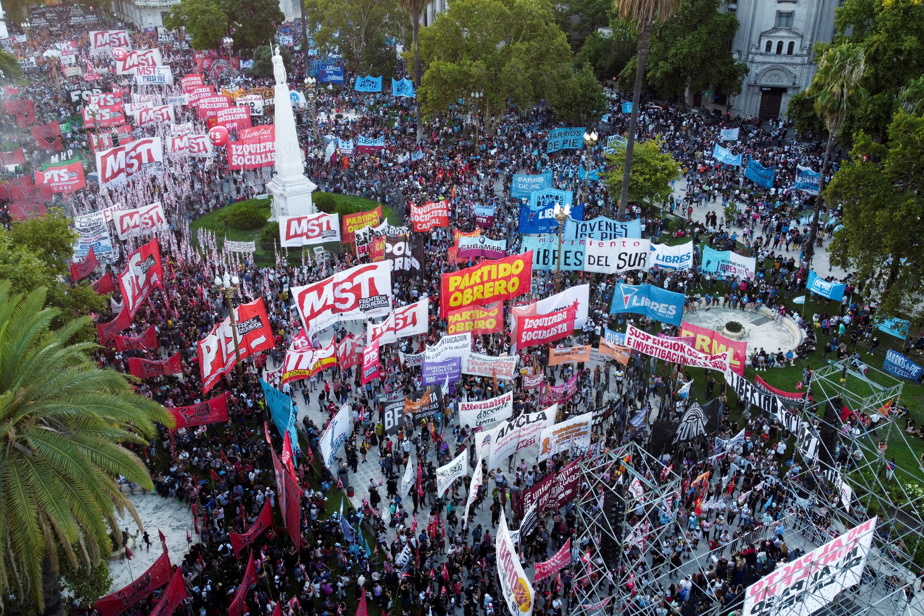 (Buenos Aires) New sigh of relief, this one deep, for the 3and Latin American economy: after an “agreement in principle” at the end of January, Argentina and the IMF on Thursday finalized a detailed agreement on the refinancing of the colossal debt of the country, aimed at stabilizing a notoriously feverish economy.

And the puff of air became an oxygen balloon. After two years of negotiations, a “pre-agreement”, then five weeks of final negotiations on the devil in the details, Argentina and the International Monetary Fund were able to announce a “technical” agreement on an economic path for the country for the next years.

The agreement seals the modus operandi for the refinancing of Argentina’s debt, around 45 billion dollars to the multilateral institution in Washington, a legacy of a loan contracted in 2018 by the previous government (center right) of Mauricio Macri. Record loan for the IMF, and for which Mr. Macri had welcomed the strong support of former US President Donald Trump.

The IMF stressed that the agreement was about “a pragmatic and realistic program, with credible economic policies to strengthen macroeconomic stability and address the challenges […] of Argentina in terms of sustainable growth”, “persistently high inflation” (50.9% in 2021) and “credible improvement in public finances”.

Obtained “after intense negotiations”, according to Argentina, the agreement concretizes the pre-agreement announced at the end of January by the two parties. It prevents Argentina from being confronted, from 2022, then in 2023, with repayment deadlines of around 19 billion dollars, absolutely “unpayable” according to Buenos Aires.

It provides for staggered repayments, after a “grace period” of four years, from 2026 to 2034, in return for macroeconomic objectives for Argentina, including a gradual reduction in the budget deficit aimed at 0.9% of GDP in 2024 (against 3% currently), explained the government. “And zero in 2025,” the IMF said.

The program, welcomed Buenos Aires, allows “necessary conditions of stability” for “sustainable and inclusive growth”. Argentina returned to growth in 2021 (+10.3%) after three years of recession, including one year strongly linked to COVID-19.

The agreement still has to be presented to the IMF’s Executive Board, and to the Argentine Parliament for approval. The Chamber of Deputies is expected to begin its examination on Monday.

This examination could not be a cakewalk for the government: the center-left coalition in power of President Alberto Fernandez does not have a majority in either the Senate or the Lower House, even if in each instance it constitutes the largest group. .

Regularly, she is confronted with demonstrations from the left and union sectors, claiming not to pay anything, because “the debt is with the people, not the IMF”, in a country with 40% of the poor.

The “letra chica” (small print) of the agreement were not disclosed before being submitted to lawmakers. But in recent days, the government has taken care to reassure. Mr. Fernandez promised Parliament on Tuesday that there would be “no pension reform”, “no reform of labor law”, that “the soaring prices are over”, and that budgetary discipline “will not challenge our social justice policies”.

The rub will indeed hurt, but depending on income. Government spokeswoman Gabriela Cerruti explained that the reduction in public subsidies demanded by the IMF, in energy in particular, would be “segmented”, the increases in bills sparing the most vulnerable.

Why would an agreement, where the word “adjustment” has been carefully avoided, work this time, for an economy that is still ailing despite around twenty recourse to the IMF since the 1950s?

“Because it is based on realistic objectives, on a pragmatic approach, and the ‘ownership’ of the program by the Argentine authorities”, commented Thursday Ilan Golfajn, Director at the IMF for the Western Hemisphere, underlining “a learning past experiences”.

Remains the unknown of the reaction of the street to the first invoices. “We know that this agreement will generate cuts in everything social,” resigned Karina Rios, 45, on Thursday in a discreet anti-IMF demonstration. “What we want is job creation to move forward”.

Unknown, finally, of the degree of cooperation of the opposition in Parliament, with the 2023 presidential election in sight. “We have full confidence in the Argentine authorities […] to gain political support,” said Golfajn.