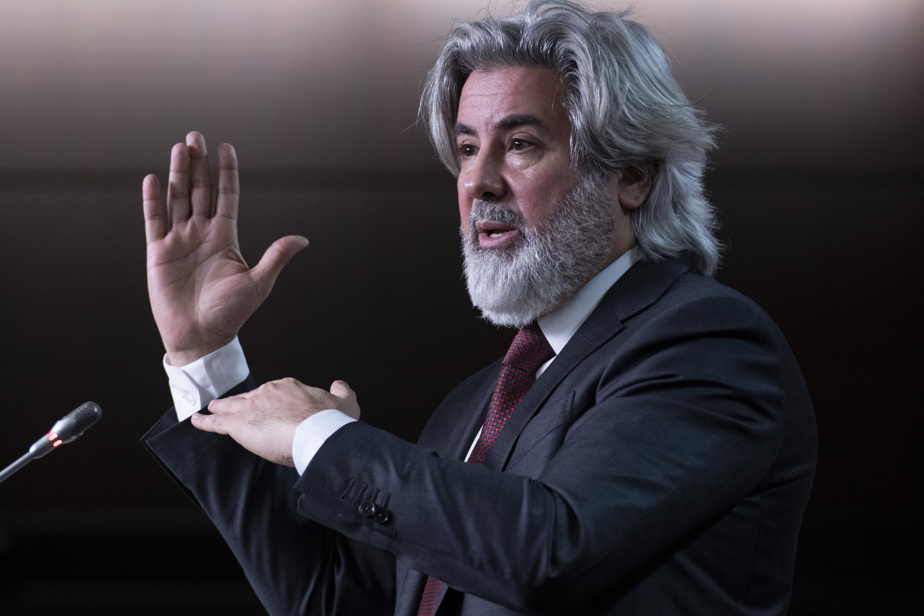 (Ottawa) Heritage Minister Pablo Rodriguez is pushing ahead with his bill requiring digital giants to pay Canadian media for the use of their content, to bolster the media, but also to counter fake news.

Speaking at a virtual future of news conference on Wednesday, Rodriguez said new legislation the government is preparing will help preserve Canada’s independent media, which he says is private. advertising revenue and “in crisis”.

The Online News Bill will create a framework for news organizations to collectively negotiate fair deals with online platforms such as Google to compensate them for the use of their content.

The Minister of Heritage argued that action was needed because “Canada’s information sector is in crisis. And that contributes to the decline of our society.”

Since 2008, 451 Canadian news outlets have closed, including 64 since the start of the pandemic, he said.

The minister warned that the internet, despite being a popular source of information, had enabled more “misinformation and disinformation” than ever before. Protests in Ottawa and across Canada in recent weeks have provided compelling examples of fake news online, he says.

Rodriguez said a vibrant, professional and non-partisan media where reporters ask tough questions — which can be uncomfortable for politicians — is essential to a thriving democracy.

He explained that a law recently introduced in Australia to level the playing field between tech companies and the media is working and that Canada plans to use it as a model, with some nuances. The bill, which will be tabled soon, will keep the government “arm’s length” and the process transparent.

Canada would have a regulator and impose arbitration if a fair deal cannot be reached between Canadian media and companies like Google and Meta, formerly known as Facebook.

Mr Rodriguez said the digital giants did not want the law, although Google vice president of news Richard Gingras stressed that the search engine did not oppose regulation.

Mr Gingras told the conference that Google is ready to “do its part”, while indicating that it was important to “protect the open internet” and the principle of free linking between sites.

He said Google sends traffic to news sites worth about half a billion dollars a year.

He criticized the Australian law, saying its arbitration model was unbalanced and unpredictable and he hoped Canada would come up with a more pragmatic plan.

Mr. Gingras, who spoke with the government about their plans, raised the possibility of a fund to which the digital giants could contribute to support Canadian media, according to a formula.

John Boynton, vice-chairman of NordStar Capital, owner of the Toronto Star and dozens of other dailies and weeklies, said the Australian law had resulted in a huge injection of money into the media.

Not only has the Australian media stopped firing journalists, they now have the funds to start hiring them again, he said.

Facebook funds a scholarship that supports journalism positions at The Canadian Press.

Torstar holds an investment in The Canadian Press under a joint arrangement with affiliates of the Globe and Mail and of The Press.