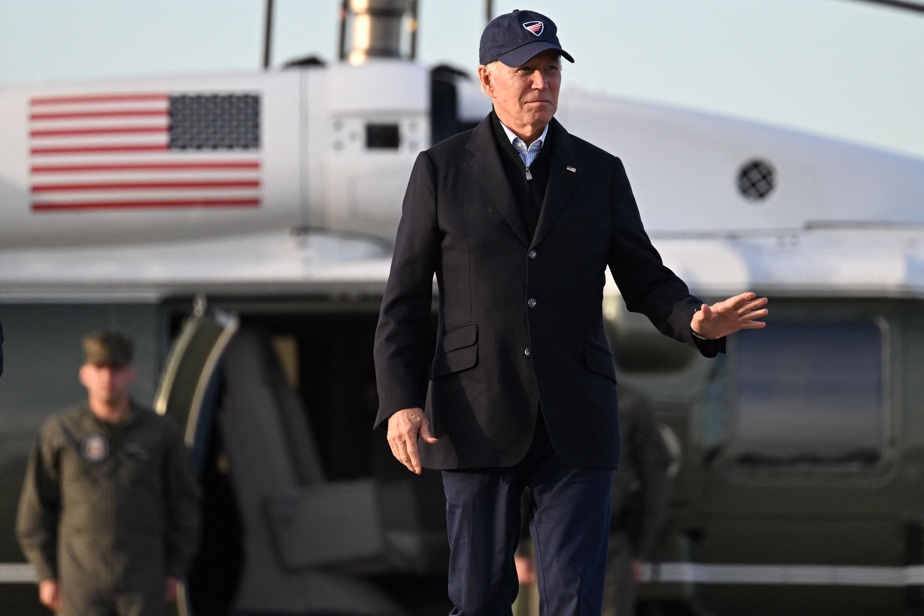 (Aptos) Joe Biden on Thursday played down the outcry over the discovery of confidential documents from his vice-presidency days in a think tank and in his family home, saying it was “blowball.”

“Listen, we found some documents […] which were stored in the wrong place, we immediately handed them over to the Archives and the Department of Justice,” said the American president during a trip to California to journalists who questioned him on this subject.

“I think you’ll see it’s windy. I have no regrets. I do what the lawyers told me they wanted me to do. This is exactly what we are doing, ”he continued, adding that he was cooperating “entirely” with justice.

This is a tricky business for Mr. Biden, who plans to run in 2024, and for Democrats as a whole.

The latter did not hesitate to criticize former Republican President Donald Trump, targeted by a judicial inquiry for having kept whole boxes of documents when he left Washington in 2021.

As for the Democratic president, the first classified documents were discovered on November 2 at the Penn Biden Center, a Washington think tank where Joe Biden once had an office, and reported to the National Archives.

In December, the president’s lawyers then found, in the garage of his home in Wilmington, Delaware, “a small number of documents” potentially confidential, and notified the Department of Justice.

And in January, these lawyers unearthed a confidential document, this time in the room adjacent to the garage of the house. The next day, the lawyer for the presidency discovered five more pages there.

To silence suspicions of “double standards”, the Justice Department entrusted the investigations of Joe Biden’s files to an independent special prosecutor, as it did for Donald Trump.

The Republican opposition has denounced the executive’s drip communication. Taking advantage of her – slight – majority in the House of Representatives, she initiated a parliamentary inquiry and demanded more information.

A law of 1978 obliges the American presidents and vice-presidents to transmit, at the end of their mandate, all their emails, letters and other working documents to the National Archives.