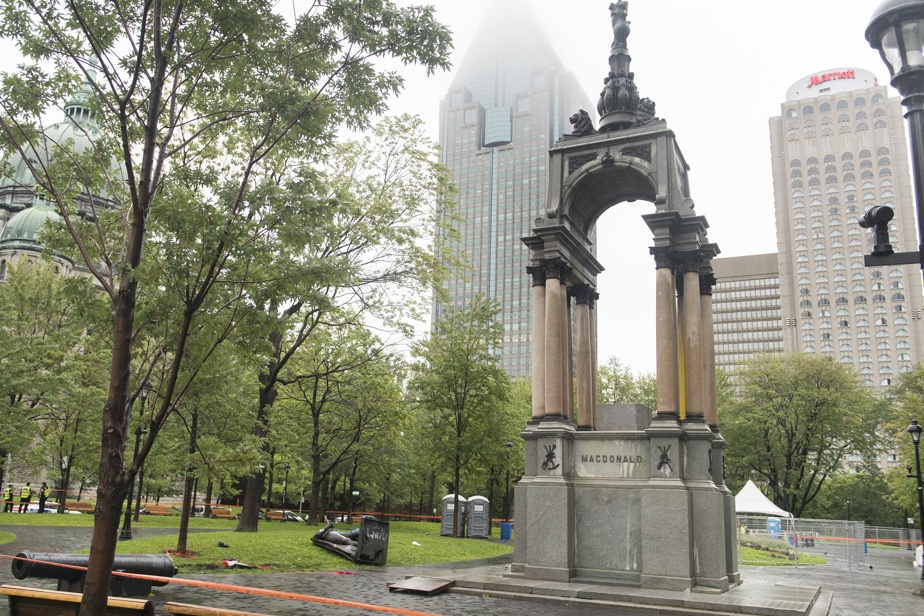 The statue of John A. Macdonald should not be reinstalled on its granite plinth in Dominion Square, a committee of experts and city officials recently concluded.

The bronze sculpture had been ripped off and decapitated by far-left activists in the summer of 2020. Since then, its future has been uncertain.

In a “preliminary opinion” made public on Monday, the committee responsible for determining its future affirms that it is necessary “to exclude the possibility of a complete restoration of the monument which would involve the identical reinstallation of the bronze statue on its base and under the canopy”.

The members of the committee believe that the remaining elements of the monument should instead be preserved and a commemorative plaque added. They would also like to “promote a multidisciplinary reinterpretation using in particular physical and virtual markers” to recognize the groups discriminated against by its policy.

“His pivotal role in implementing policies that discriminate against many peoples, including Indigenous peoples, Métis, French-Canadians and Chinese workers, makes him a controversial figure in Canadian history,” the committee said.

The committee responsible for studying the file was made up of seven external members – including Senator Michèle Audette and three academics – and four officials from the City of Montreal.

The monument to John A. Macdonald dates from 1895. The statue of the politician was made by George Edward Wade, a London sculptor. The plinth and canopy are made of granite.

“The monument underlines the major facts of Macdonald’s government which contributed to the expansion of Canada, indicates the website of the City of Montreal. Among the monuments erected in memory of Macdonald, that of Montreal remains the most imposing and the most elaborate. »