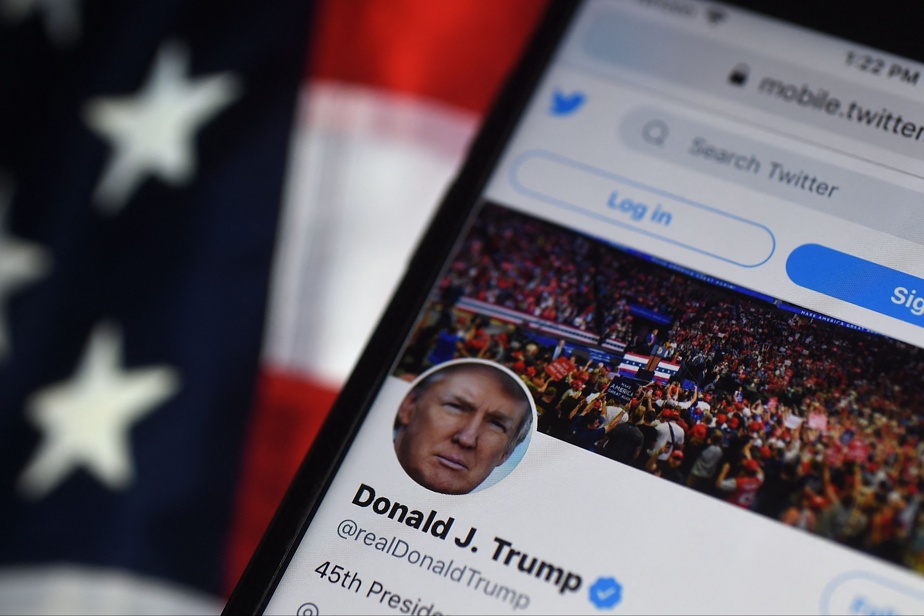 (Washington) Will he resist, in the middle of the 2024 campaign, the attraction of this gigantic sounding board that is Twitter, this network with which he is, basically, so intimately linked? Donald Trump, whose account was restored by Elon Musk, says for now he prefers his Truth Social network.

At the end of a poll which saw a majority in favor of restoring the account of the former Republican president – ​​51.8% out of some 15 million votes – the new boss of Twitter, who presents himself as a defender of the freedom of expression, took action on Saturday.

All eyes have since been on the @realDonaldTrump account, on the lookout for any activity. This account attributed to the “45e President of the United States of America” has the now famous sticker on a blue background supposed to guarantee that it has been verified.

It didn’t show a new post, at least Sunday around 11 a.m. The last message dates from January 8, 2021, the billionaire let it be known that he will not go to the inauguration ceremony of President Joe Biden, whose election he does not recognize.

On the same day, Twitter permanently closed the former president’s account, which then had 88.8 million subscribers, in the face of “the risk of further incitement to violence”.

The platform had already suspended it on January 6, after the invasion of the Capitol by its supporters.

On Sunday, there were significant fluctuations in the number of subscribers, which rose sharply to reach 83 million around 10:30 a.m., while the number of accounts followed rose from zero to 49.

But impossible to know what this increase in the number of subscribers means, impossible also to know if someone is really acting on the account: Twitter, in full convulsions since its sensational acquisition by Elon Musk, no longer has a service of communication.

In addition, the account attributed to the former president now links to a site offering to contribute financially to the campaign just launched by Donald Trump for 2024.

It is also impossible to know how this link was set up, and by whom.

On Saturday, while the Twitter poll was still in progress – and a majority had already emerged in favor of his return – Donald Trump had called on Truth Social for his supporters to vote in his favor.

But he had also written: “We are not going anywhere. Truth Social is special. »

Donald Trump, who had known how to use Twitter like no other during his presidency to dictate the media agenda, by bombarding the platform with virulent declarations and shock announcements from morning to evening, will he be able to resist the chirping of the blue bird? ?

Especially after an announcement of candidacy which did not, far from it, create the expected momentum.

On Sunday, his Twitter account therefore had some 83 million subscribers around 10:30 am – impossible to know how many are humans and how many “bots”, automated accounts – against 4.48 million on Truth Social.

The former president entered the race just after the midterm elections, which did not turn out for the Republicans in the expected “wave”, and which led many conservatives to distance themselves from Donald Trump .

Among them former Vice President Mike Pence, seen as a potential contender for the Republican nomination, told CBS on Sunday that there “will be better choices” than the former president. He called for a conservative candidacy likely to “unify” the country, carrying “respect and courtesy. »

In a study published on November 18, the research institute Pew Research Center concludes that 27% of Americans say they have heard of Truth Social, but that only 2% use it to get information – against 14% for Twitter and 31 % for Facebook, from which Donald Trump is currently excluded.

The researchers also explain that of 200 prominent Truth Social accounts, 49% express either a right-wing political orientation or support for Donald Trump. Clearly, an echo chamber for supporters already won over to the ideas of the former president.