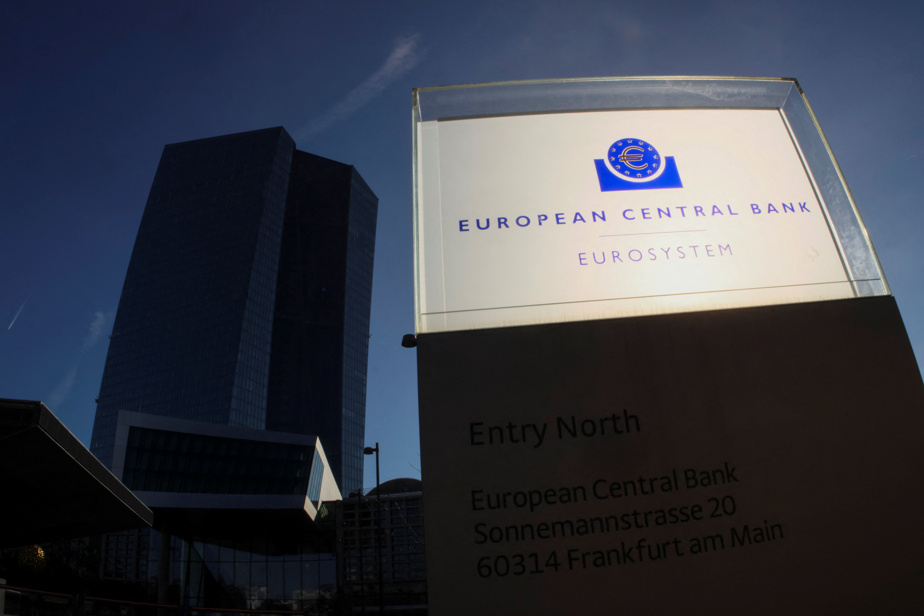 (Frankfurt) The European Central Bank on Thursday gave a new turn of the screw to its monetary policy in order to fight against galloping inflation, by raising its rates sharply despite the risk of fueling the recession which threatens.

As expected, the 25-member ECB Governing Council raised its key rates by 0.75 points for the second time in a row, after the unprecedented rise in September.

The Frankfurt institution is under pressure to contain record inflation, fueled by soaring food and especially energy prices, in the wake of the Russian invasion of Ukraine.

Inflation in the euro zone came close to 10% in September, nearly five times the ECB’s 2% target.

Like other central banks, the ECB is responding with measures aimed at curbing demand by making credit more expensive for households and businesses.

In the context of an economic slowdown, this is a delicate choice, but the guardians of the euro believe that letting prices rise is even more harmful than tightening financing conditions.

Since July, the ECB has raised its rates by 2.0%, carrying out “the sharpest and most aggressive cycle of monetary normalization” in its history, underlines Carsten Brzeski, at ING Bank.

Nevertheless, the “journey” is still not over, warned the President of the ECB Christine Lagarde in front of the press: “there is still a long way to go” and new increases will occur to try to bring down the costs.

How far is the ECB ready to go? Price developments will decide that and decisions will be made “meeting after meeting”, she added.

The guardians of the euro also signaled their determination by deciding on Thursday to reduce the benefits of anti-crisis loans (“TLTRO”) granted in recent years to banks.

This is the “end of the all-you-can-eat buffet” for banks, underlines Suvi Platerink Kosonen, at ING.

By tightening the conditions attached to these loans, the ECB is increasing the pressure on borrowing costs, which should lower inflation.

The “probability of a recession is much more on the horizon,” Christine Lagarde also admitted on Thursday.

But she dismissed criticism of monetary policy recently from President Emmanuel Macron and the new President of the Italian Council Giorgia Meloni. Raising rates is the “most appropriate decision to restore price stability which is of paramount importance […] for prosperity and the recovery of the economy”, hammered the former managing director of the IMF.

Eurozone governments must also do everything possible “to reduce” high public debt ratios, she insisted.

In Rome, new Economy Minister Giancarlo Giorgetti adopted a more conciliatory tone on Thursday, expressing his “confidence in the wisdom of the ECB in interpreting the causes of the recent surge in inflation and in taking into account the current slowdown in the economy”. ‘European economy’.

The balance sheet, next step

The ECB in July ended more than a decade of ultra-low interest rates to support prices.

With Thursday’s decision, the rate on bank deposits at the ECB, still negative before the summer and serving as a benchmark in a context of abundant liquidity, goes to 1.5%.

The ECB knows it is expected on the delicate subject of reducing its balance sheet, to bring it into line with its efforts to fight inflation.

This balance sheet has climbed to 8,800 billion euros under the effect, in recent years, of asset purchase programs to support the economy.

The ECB is currently reinvesting debt at maturity, continuing its action of flattening long-term borrowing rates.

Stopping these reinvestments will be the institution’s next project to fight inflation, confirmed Mr.me Lagarde and outlines on this next project should be decided “in December”, she warned.

The ECB will have to be skilful to undertake this slimming cure, because too abrupt a “quantitative tightening” could lead to new pressures on the costs of government financing.