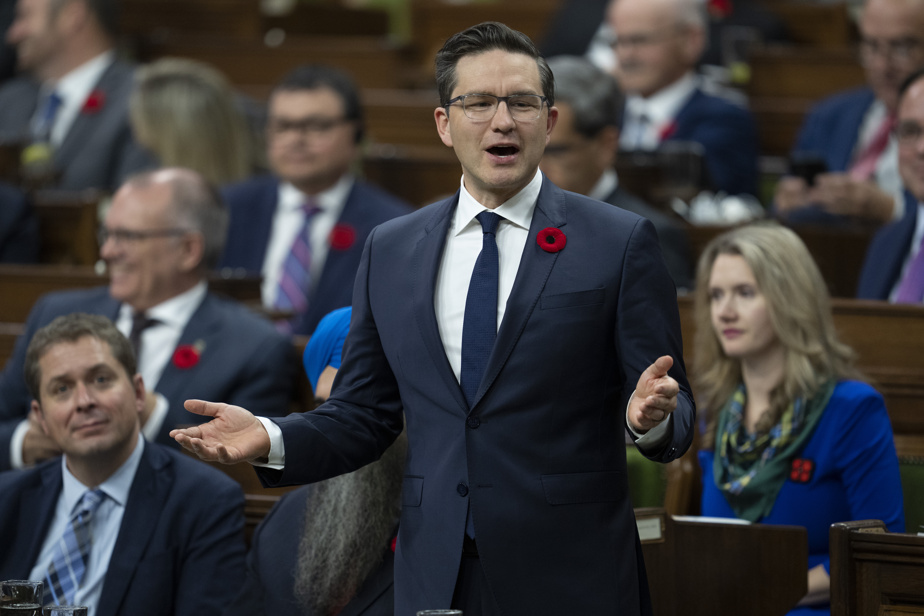 (OTTAWA) Opposition parties were quick to criticize the Trudeau government for its economic update as soon as it was tabled on Thursday.

He did not fail to mention that his troops would vote against the adoption of the statement.

“We’re going to inherit this mess, all of us,” he said, turning to his MPs as Commons rules require addressing the Chair. “We’re going to have to fix the problem. We have a lot of work ahead, don’t we? […] The sooner this happens, the better. »

The New Democratic Party (NDP), a partner of the Trudeau government under an agreement, was not more pleased with the economic update.

He said the Prime Minister has “turned his back” on Canadians struggling with the rising cost of living, which he calls “Seraphinflation.”

New Democrats still need to vote in favor of the update to honor the deal with the Liberals. The three main measures parliament has been grappling with recently – dental care, rent assistance and the GST credit – “were our ideas and we forced the government to adopt them,” Singh argued.

The Bloc Québécois has not found “great deal” to help people deal with inflation. “It’s warmed up, […] there is nothing new in the statement,” said its finance spokesperson, Gabriel Ste-Marie.

In the event of a recession, he wants to avoid Ottawa at all costs bringing back “a CERB 2.0” and was disappointed to see that there is “not a line” on the modernization of employment insurance or an increase in the old age security pension to help “struggling seniors”.

The Réseau FADOQ believes that the government “missed a golden opportunity to help seniors” through the economic turbulence. Above all, we hoped for an increase in the guaranteed income supplement to support the less fortunate.

At the Federation of Quebec Chambers of Commerce (FCCQ), we “welcome the targets for returning to balanced budgets”. The business community seems to be eager for an “end to the loss years”. A widespread sentiment in the business world.

Mixed reaction from the Canadian Federation of Independent Business. On the one hand, we express disappointment at the lack of immediate measures to support SMEs in economic recovery. However, the commitment to reduce credit card processing fees for SMEs is welcomed.

The Conseil du patronat du Québec displays the same ambivalence, welcoming tax credits on investments in green technologies, the desire to speed up immigration files and training initiatives. On the other hand, the new tax on corporate share buybacks is criticized, arguing that “the coffers of the State are full”.

For the Manufacturers and Exporters of Quebec (MEQ) “it will be necessary to go further to ensure the competitiveness of Canadian companies” in the face of American competition and its “Inflation Reduction Act”.