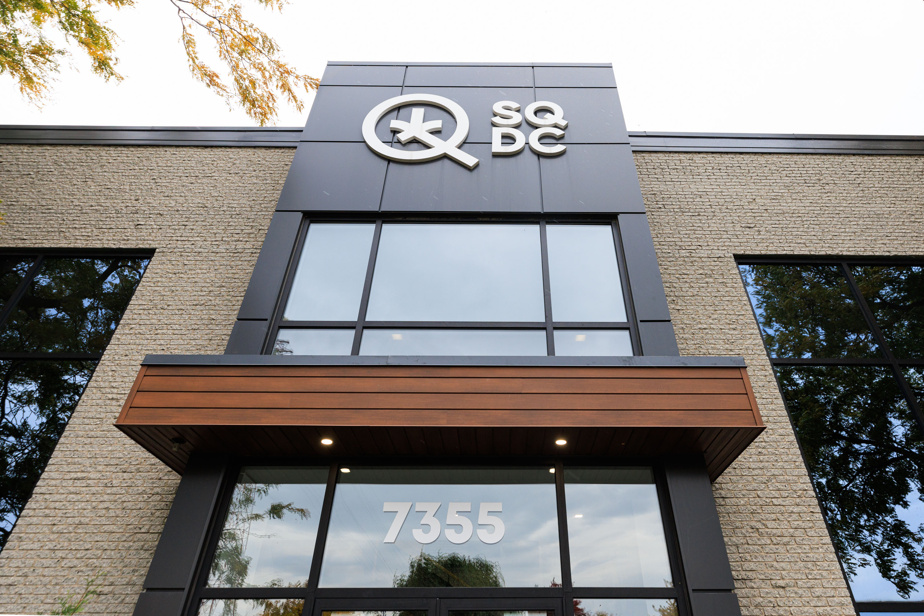 (Montreal) Potted cauliflower, beetroot with cannabis, reishi mushroom with marijuana: these are some of the astonishing trappings of edible products on sale in Quebec in the state-owned cannabis stores.

The Quebec government does not allow cannabis edibles sold in its Société québécoise du cannabis (SQDC) stores to be unattractive to young people. Consumers who do not want to smoke must therefore choose from a selection of less “treat” products, such as dried figs. But industry players and observers believe that these strict regulations help the black market thrive.

Fabrice Giguère, spokesperson for the SQDC, recalls that the gums, candies and other chocolates infused with cannabis available in other provinces cannot be marketed in Quebec.

“That’s why our edible offering is geared more towards products like cinnamon currant bites, apples and matcha, or blueberries and lavender, dehydrated beets, dried figs and cauliflower.” , summarized Mr. Giguère in a recent interview.

This offer allows us to meet market demand while respecting the legislative framework in force, as well as our mission to protect public health.

Fabrice Giguère, spokesperson for the SQDC

Ottawa allowed provinces to sell edibles in 2020, two years after passing federal legislation that decriminalized cannabis across the country in 2018. Provinces like Ontario, British Columbia and Alberta had been among the first to sell cannabis-infused foods.

Quebec, meanwhile, only started selling edibles in its SQDC stores in 2022 — and the Quebec state remains the only licensed cannabis retailer in the entire province. In Ontario, for example, licensed private merchants can sell cannabis products at retail.

Quebec’s unusual array of products has grabbed headlines, but industry experts like Pierre Leclerc, CEO of the Quebec Cannabis Industry Association, say these tougher rules aren’t doing much. to eradicate illegal sales — the goal of the federal law.

“The only good news is that a year ago we didn’t have any (edible) products and now we do, so it’s a step in the right direction,” admitted Mr. Leclerc. But these are products that do not meet the needs of consumers in the illicit market to attract them to the “legal” market.

“Between cauliflower and chocolate”

The vast majority of edibles available in Canada are illicit, primarily because the black market offers products that are readily available, at lower prices, and with higher levels of tetrahydrocannabinol (THC) than edibles from “legal” stores. THC is the chemical compound in cannabis that brings the feeling of euphoria. THC levels in edibles sold legally in Canada cannot exceed 10 mg per package.

“It’s a problem from coast to coast, but it’s more pronounced in Quebec, because we have less product available,” explained Mr. Leclerc.

The CEO of the association agrees with public health officials in Quebec, who want to protect minors. But according to him, the Quebec government must decide if it really wants to snatch customers from the black market.

“We totally agree that it shouldn’t be appealing to kids, but there’s space between the dried cauliflower […] and, say, a chocolate bar,” Mr. Leclerc said.

George Smitherman, president and CEO of the Cannabis Council of Canada, believes that even in provinces that have a wide selection of edibles, restrictions on THC levels are driving customers to look elsewhere.

A consumer walking into one of the many legal cannabis stores in Ontario (for example) would find a pretty interesting range of edibles, but the limitation […] 10 mg per individual package […] constitutes for the regular consumer of cannabis a rather weak offer.

“It feels like basically the edibles category has really been sacrificed to illicit markets […] We really think there is significant dominance on this side, because of the 10mg limit. »

Michael Armstrong, a management professor at Brock University who studies the cannabis industry, said the industry often argues that higher THC levels would make the legal industry more competitive against the black market.

But edibles are difficult to manage for regulators, who worry about accidental ingestion, Professor Armstrong explained, adding that the duration of the euphoric effect of edibles varies from person to person.

“On the one hand, yes, it would probably eliminate a large part of the illicit production. But on the other hand, you then have a lot more very potent edibles floating around that kids could get their hands on. »

A study conducted by the Hospital for Sick Children in Toronto and The Ottawa Hospital found that since 2018, the number of hospitalizations in Canada for cannabis poisoning in children under 10 has increased sixfold.

The study, published in August in the New England Journal of Medicinereviewed a period from January 2015 to September 2021. It found that when edibles were allowed in Ontario, British Columbia and Alberta, hospitalization rates in those provinces increased by another 2, 9 times compared to the initial period following legalization.

On the other hand, in Quebec, where edible products were not yet “over the counter”, these hospitalization rates remained unchanged.

According to Mr. Giguère, edibles are selling well in Quebec so far. It is now up to the government of François Legault to possibly allow a greater offer, he says. But Mr. Giguère admits that SQDC stores regularly add new items to its shelves and that other edibles should be offered in 2023.