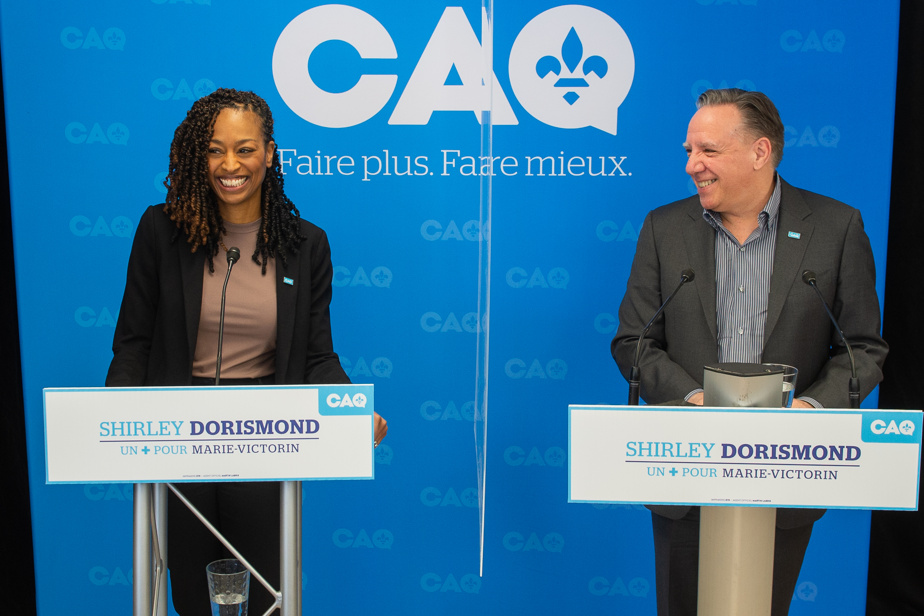 (Quebec) François Legault calls on voters to “vote on the right side” in Marie-Victorin’s by-election, accuses the Parti Québécois (PQ).

PQ MP Pascal Bérubé denounced the comments of the CAQ leader in this by-election which seems to be hotly contested on the ground between the Coalition avenir Québec (CAQ) and the PQ.

“When you have a CAQ deputy who comes from the government, it’s much easier to send local files to his fellow ministers,” argued Mr. Legault in an interview with station 103.3 on Wednesday. He was then responding to the PQ’s argument that a 76and elected caquiste at the Blue Salon will be less heard than an elected péquiste.

He foamed his candidate, Shirley Dorismond.

“I’m not saying that when you’re in opposition, it’s impossible, but when you have a CAQ member in Marie-Victorin, it’s certain that she will take Marie-Victorin’s files well to of the CAQ government,” he insisted.

“The message it sends is not good,” lamented Mr. Bérubé, at a press conference Thursday at the National Assembly.

“I’ve been here for 15 years, very rarely has anyone dared to mention that voting on the right side gives you special access,” he said. The question posed to the voters of Marie-Victorin is: “be aware of your vote because you will be much better served because she will have access to power”. »

According to him, this is an “archaic and outdated” argument.

All ridings, municipalities and citizens deserve equal consideration from the Quebec government, he insisted.

The elected PQ is also worried about the signal that is thus sent in anticipation of the general election on October 3.

“What will be the message at the (general) election in a few months? It’s that you don’t vote on the side of the government, it will go less well for you. »

In addition, he added that the good files unlock with the good promoters of files who plead for their population.

The ballot in Marie-Victorin will take place on April 11.

In response, the CAQ for its part recalled the remarks made by PQ Premier Pauline Marois when announcing financial support for a cement plant in the riding of Bonaventure.

“Bonaventure County made a very good choice in the last election and today you have the results of this choice,” she said.

In Marie-Victorin, M.me Dorismond faces in particular the PQ Pierre Nantel, the liberal Émilie Nolet, Shophika Vaithyanathasarma, of Quebec solidaire, and Anne Casabonne, of the Conservative Party of Quebec.

Remember that the seat of the riding of Marie-Victorin, a PQ castle, has been vacant since the election of Catherine Fournier as mayoress of Longueuil.