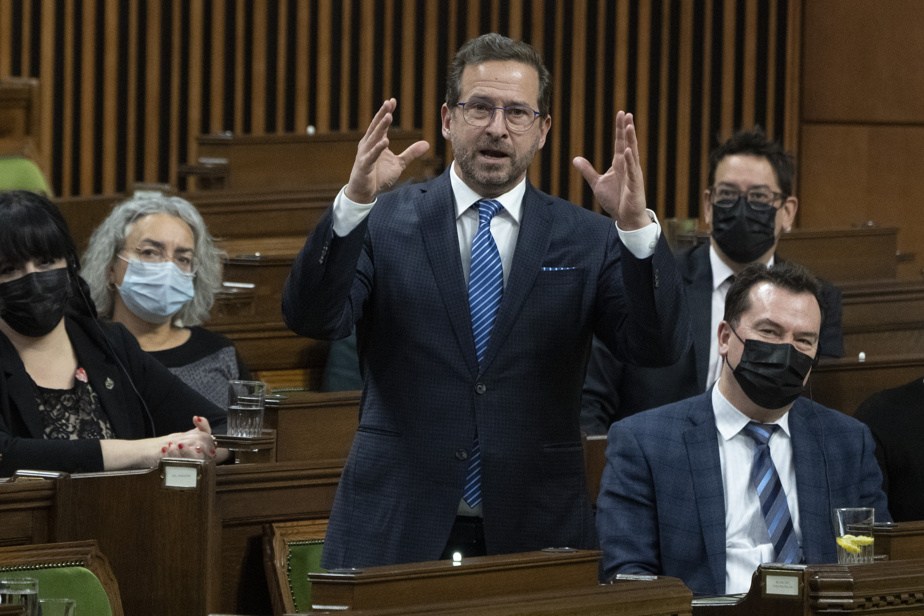 The political weight of Quebec will be protected in the electoral redistricting in sight in Canada. A large majority of federal elected officials positioned themselves Wednesday in favor of a motion demanding that Quebec not lose any ridings.

Of the 324 elected officials who took part in the vote, 261 spoke in favor of the motion tabled by the leader of the Bloc Québécois, Yves-François Blanchet, stating that “any scenario of redrawing the federal electoral map which would have the effect of losing one or more ridings in Quebec or to reduce the political weight of Quebec in the House of Commons [doive] be rejected “.

All elected Liberals voted in favor except one, Ontario MP for Scarborough–Guildwood, John McKay. The motion also strongly divides the Conservative caucus: all Quebec elected officials voted in favor, but many western Canadian MPs opposed it. The New Democrats present all voted in favour.

“This is clearly a gain for Quebec. It was adopted in a heavy way, very majority, ”reacted Mr. Blanchet in a press briefing, shortly after. “It does not end the debate, it opens the discussion”, he however nuanced, saying he hoped “to be able to advance further” his bill on the question, tabled at the beginning of February.

His motion was tabled on the heels of a recent proposal by Elections Canada that the number of seats in the Commons should be increased from 338 to 342 by 2024 to take into account changes in the population. Ontario and British Columbia, which hold 121 and 42 seats, are expected to get 1 more each. Alberta, which has 34 seats, should get 3 more. Quebec should in principle lose 1 of its 78 seats, because its population is growing at a slower rate.

In recent months, this new distribution of seats had provoked strong reactions. The Legault government had stepped up to the plate, while Justin Trudeau was content to say that it was only a recommendation.

“No province should lose seats. The Conservatives will continue to defend the interests of Quebecers and Canadians,” promised Conservative Deputy Leader and Quebec Lieutenant Luc Berthold, who tabled a very similar motion on the province’s political weight on Wednesday, but failed to obtain of consent.

A “legislation” in sight?

Before the vote on Wednesday, several elected Quebec Liberals had opened the door to the revision of the legal framework. “What is very important is to keep 78 seats for Quebec. And for the rest, we will see with Elections Canada how we can do this legally and that it is done well, ”illustrated the deputy for Argenteuil–La Petite-Nation, Stéphane Lauzon.

The MNA for Brossard–Saint-Lambert, Alexandra Mendès, also felt that there would be “rebalancing” work to be done. “Nor can we constantly increase the House of Commons. […] All of this will be measured in eventual legislation that will be proposed, ”she said, however promising for her part to support the Bloc motion.

Minister François-Philippe Champagne, elected in Saint-Maurice–Champlain, for his part judged that the political weight of Quebec was “an important question for the entire Liberal caucus”. “All the people here want Quebec to have a special place. And we want to continue in this vision, ”he noted, cautiously. “Obviously, there are changes in the Canadian population, and any democracy must take this into account. But it is also clear that we must be overly sensitive to the French fact and to the situation in Quebec,” finally explained Gatineau MP Steven MacKinnon.