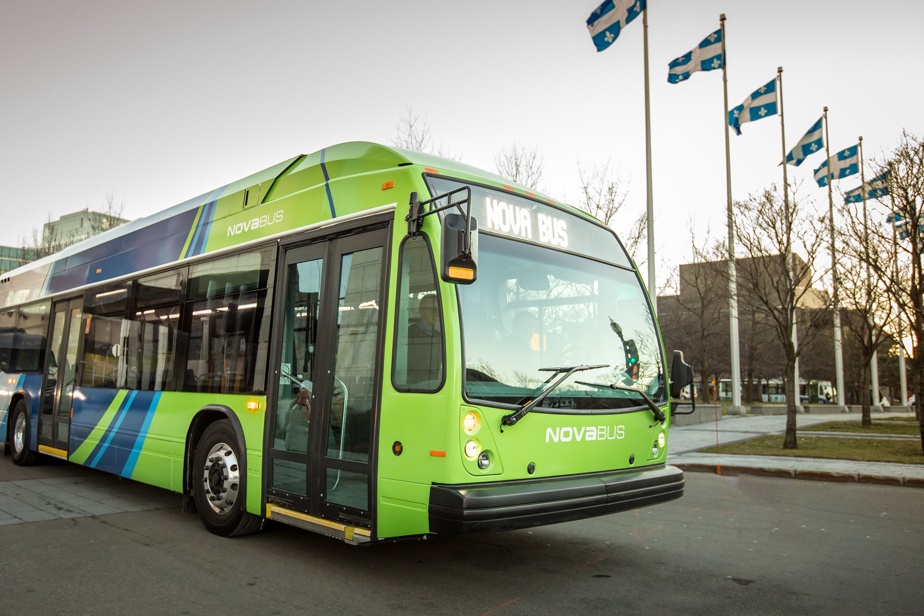 A promise made by Quebec about five months ago will take shape on Tuesday with the financing of a billionaire call for tenders to acquire up to 1,230 electric city buses. This order comes with a local content requirement, but should give out-of-province builders an opportunity to bid.

Nine transport companies – Montreal, Laval, Capitale (Quebec), Longueuil, Lévis, Outaouais, Sherbrooke, Trois-Rivières and Saguenay – as well as the company Exo will receive the green light to make a group purchase. Deliveries will take place between 2024 and 2026. The Legault government believes that this is the largest contract of its kind in North America.

City bus manufacturers will be informed on Tuesday of the details. The Société de transport de Montréal (STM) will act as agent in this case. An electric city bus costs about 1 million. The bidding floor will be set at 333 units, but orders are expected to be much higher.

“There are about 700 city buses that are reaching the end of their life,” said a government source familiar with the matter, but who is not authorized to speak publicly.

On the sidelines of the United Nations climate summit in Glasgow, Scotland, last fall, Prime Minister François Legault announced that 5 billion would be invested to allow Quebec to reach its goal of electrifying 55% of its fleet. city ​​buses by 2030.

By 2030, approximately 2,150 12-meter (approximately 40-foot) city buses must be on the roads of the province. It was not possible to know when the second part will start.

The Legault government predicted, in the fall, that the commitment would eliminate the equivalent of 131,500 tonnes of CO2 towards the end of the decade. This represents the emissions of some 40,000 cars, according to government estimates.

In Quebec or elsewhere?

In Quebec, Nova Bus is the major player in the urban bus niche. This Volvo Group subsidiary is located in Saint-Eustache and Saint-François-du-Lac. Its electric models are already circulating in the cities of Montreal, Brampton and Vancouver.

Quebec will require a minimum of 25% Canadian content in contracts, and the final assembly of the buses will have to be done on Canadian territory. There is no Quebec exclusivity in this regard. We can therefore expect other companies to join the ranks. In principle, New Flyer, which operates a factory in Manitoba, and the Chinese conglomerate BYD, present in Ontario, would respect the rules with respect to the assembly of buses.

We have to be careful, we have to respect international rules, but we are very confident that the buses will be manufactured in Quebec.

François Legault, in a statement made last November

With numerous trade agreements in place, it is not always easy to impose local content requirements. It is complex to disentangle international agreements, which come with many exceptions. Treaties can also overlap.

For example, the rules of the World Trade Organization (WTO) govern trade also covered by the agreements between Canada and the European Union (CETA), the United States and Mexico (CUSMA) or the Trans-Pacific Partnership ( CPTPP).

With the collaboration of Hugo Pilon-Larose, The Press