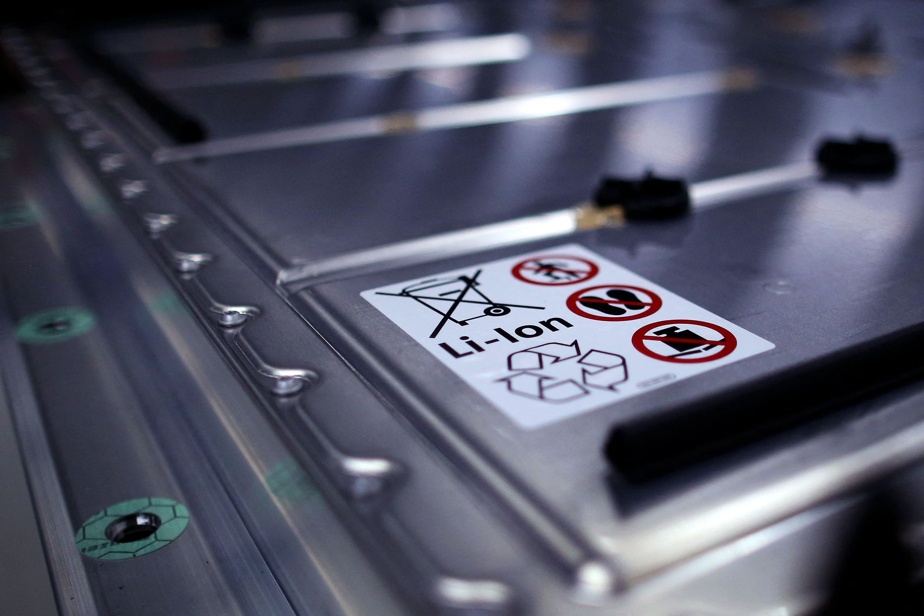 (Ottawa) For the world to achieve carbon neutrality by 2050, the production of essential minerals and metals will need to increase six-fold over the next 30 years, the International Energy Agency said in a report earlier this year.

As electric cars, wind turbines, and solar panels explode in popularity, so does the demand for the minerals that power them. Some are familiar, like nickel, lithium, and cobalt, and others are known only to those who memorized the periodic table in high school, like tellurium, bismuth, and molybdenum.

Canada, having pledged that all the electricity it produces and new cars sold in the country will be zero-emission by 2035, is among the countries driving demand.

As one of the world’s largest producers of raw metals and minerals, Canada is also keen to meet this demand as a key link in the rechargeable battery supply chain.

But even as the federal government proposes a new essential minerals strategy and forges partnerships with allies to develop supply chains that seek to reduce China’s dominance in the field, Canada’s position on the world stage is already weakening.

“We are starting to do what we need to do, but there are a lot of missing pieces,” said Pierre Gratton, president of the Mining Association of Canada.

A year ago, BloombergNEF ranked Canada as the fourth largest player in the global lithium-ion battery supply chain, based on an analysis of the production, manufacturing and processing of raw materials , environmental protections, regulatory regimes and domestic demand.

This fall, the second edition of this report saw Canada fall to fifth place, losing ground in all categories.

“We have been seen as a sort of world leader in the past,” said Pierre Gratton. “We have lost ground, however. ”

Canada’s rank has slipped because of raw materials and environmental standards – the environment being a key point in all of Canada’s selling points on the world stage.

The problem is that meeting those higher standards comes at a cost, said Pierre Gratton. Canada must also convince buyers that the premium is worth it.

“If you care about the climate, the environment and how people are treated, including Indigenous peoples, then buying in Canada is the right thing to do. ”

China is the largest player in the battery supply chain arena, both for raw materials and in value-added production. Many of the alliances that Canada is part of with the United States and Europe are designed in large part to reduce China’s dominance.

Canada, second in the world for nickel production in 2008, ranked sixth in 2020. It is also sixth for cobalt and 10e for graphite. Production of all three declined last year.

These elements, along with lithium and manganese, which Canada may produce but does not currently produce, are the five main components in lithium-ion batteries that power electric cars.

Over 70% of Canadian nickel is sold to make stainless steel. The nickel that makes up the batteries is nickel sulphate. Canada does not, said Pierre Gratton, but it needs to produce it to be part of the battery chain.

He said this was being discussed among nickel producers and being touted as a potential project for funding Ottawa’s strategic infrastructure.

But Sarah Petrevan, policy director at Clean Energy Canada, said Canada “needs to strategically focus on where we can win.”

Quebec, said Sarah Petrevan, has done some of that strategic work of evaluating its own supply chains, trying to match what Quebec is doing with new manufacturing that meets demand. At least two battery production plants are currently under construction in this province.

However, Canada has yet to make a similar assessment.

Last March, Canada identified the 31 essential minerals it can produce that at least one of its allies wants, but little has been done with that list since.

Innovation Minister François-Philippe Champagne has hinted widely at a major new investment in the battery chain in Canada, although Sarah Petrevan said the dispute with the United States over incentives for electric vehicles and trade barriers could slow down the project.

Last spring’s federal budget pledged $ 9.6 million over three years for a center of excellence on battery minerals within the Department of Natural Resources, but nothing has happened yet. Nearly $ 37 million has also been pledged for federal research into advancing the processing and refining of critical minerals for batteries.

Natural Resources Minister Jonathan Wilkinson is expected to make both priorities early in the new year.

For his part, Pierre Gratton said Canada must also encourage more production in general. The Liberals made a campaign promise to double the mineral exploration tax credit and he hopes to see that in the next budget.

“We don’t just need to shift existing production towards battery metals, we also need more production,” he said. “And you will only get that through new discoveries. ”