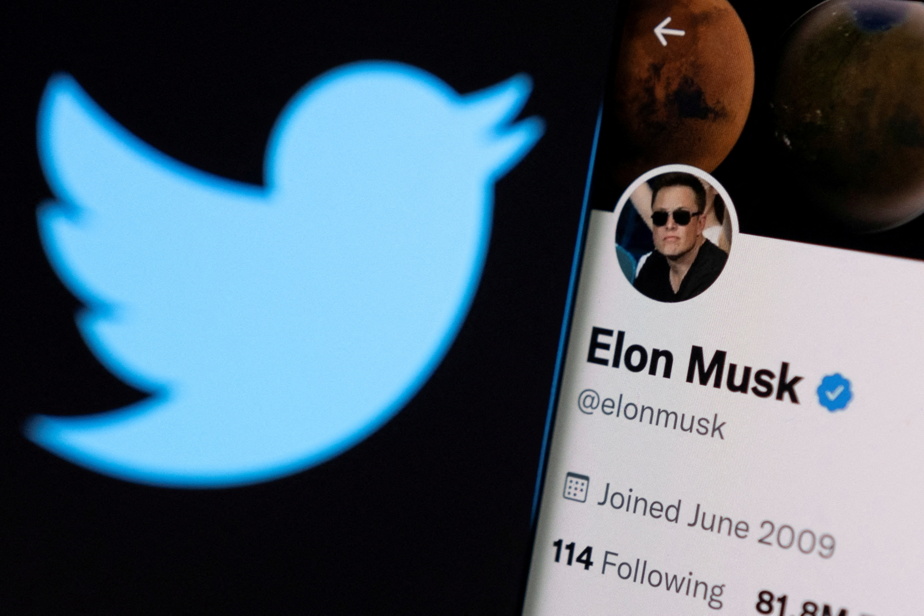 (San Francisco) Twitter has remained Tom Thumb of the tech giants in terms of revenue, but it doesn’t welcome Elon Musk’s dollars with open arms, a sign that the rift has widened between Silicon Valley and the richest man in the world.

The platform’s growth regularly disappoints, and its advertising revenue has remained inversely proportional to its reputation.

When the Tesla boss last week offered to acquire Twitter for a price that would value it at more than $43 billion (up from about $36 billion now), the platform’s stock took off on Wall Street. .

But the board of directors (CA) responded by adopting a so-called “poison pill” clause: its members would rather sell off the shares for all other shareholders, and thus raise the price for Elon Musk, than accept his offer. .

Part of that reaction is “visceral,” says Roger Kay of Endpoint Technologies Associates.

The billionaire “doesn’t listen to anyone but himself. He ridicules people who disagree with him. He has everything of the autocrat, ”explains the analyst.

But the CA is made up of “people who are used to having their say,” he continues. “They risk being reduced to subordinate roles”.

Elon Musk, fond of provocations on Twitter, said board members would no longer be paid if his hostile takeover succeeds, to save $ 3 million a year.

The entrepreneur with libertarian ideas considers the platform as the public square essential to democracy in the world, a vision shared by many observers and elected officials.

But its plans to “unlock its potential” are worrying users, employees and leaders affiliated with the left of the political spectrum.

“Elon Musk is friends with Peter Thiel (investor and supporter of Donald Trump, editor’s note). There is a pinch of extreme right in his opinions, and sexism, among others, ”says Roger Kay.

California in February accused the Tesla factory in Fremont, Silicon Valley, of “racial segregation”. Several women have complained of harassment at the tycoon’s businesses. And Elon Musk moved Tesla’s headquarters to Texas at the end of 2021, a majority Republican state which has adopted a particularly restrictive law on abortion.

But for his admirers, he is a cheeky entrepreneur, who makes people dream with the success of his electric cars and his other flagship, SpaceX.

“He’s the Steve Jobs (founder of Apple, editor’s note) of our generation”, assures Trip Chowdhry, of Global Equities Research, convinced that he fascinates everyone.

It thus makes conservatives who feel censored salivate, in particular supporters of ex-President Donald Trump, banned from the site after being accused of incitement to violence.

But for the left, the network is on the contrary already too tolerant of disinformation and hate speech.

From an economic point of view, freeing up speech even more seems risky. “It doesn’t work: trolls take over and scare people away,” says independent analyst Rob Enderle.

Elon Musk owns about 9% of the capital of Twitter.

To buy the rest, according to the New York Post, he is willing to put up to $15 billion out of his own pocket, raise funds from banks in the form of debt and bypass the board by appealing directly to shareholders.

He may advocate transparency and decentralization, he intends to make Twitter a private company (not listed on the stock exchange), which would therefore have “even less accountability”, underlines Carolina Milanesi, of Creative Strategies.

“He’s a smart guy, but just because you have a lot of Twitter followers doesn’t mean you understand his business model. It’s not just about tweeting nonsense to get attention. »

Even on the side of investors and shareholders, the proposal of the unpredictable leader is not unanimous.

“Some funds think they can leverage Twitter and get more money out of it than it’s offering them,” says Richard Smith, head of investment tool RiskSmith.

According to him, the boss of Tesla has the skills to transform the platform, but he may have other plans in mind.

“He has already talked about creating his own social network. He may be looking for incredible publicity to launch his own company. He clearly has a talent for selling at the auction! »