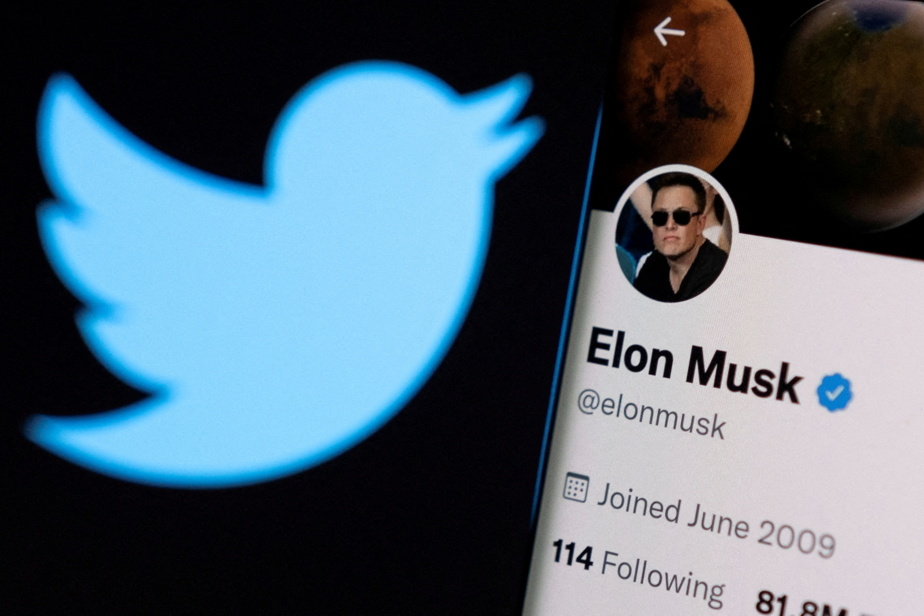 (San Francisco) Elon Musk has won his bet: the boss of Tesla and SpaceX has reached a definitive agreement with the board of directors of Twitter to buy the social network at a price of 54.20 dollars per share, and make it a private company, not listed on the stock exchange.

The richest man in the world therefore becomes the owner of the platform he announced he wanted less than two weeks ago, and despite the initial opposition displayed by the council.

“Freedom of expression is the bedrock of a functioning democracy, and Twitter is the digital public square where issues vital to the future of humanity are debated,” said Elon Musk, quoted in the Twitter statement.

The action of the group, listed on the New York Stock Exchange, was suspended just before the publication of the press release. It was close to 52 dollars, taking more than 6% around 5 p.m. GMT, thanks to rumors of an imminent acquisition in the American press.

Elon Musk said last week that he had secured $46.5 billion to complete the acquisition through two bank loans from Morgan Stanley, as well as his personal fortune.

He also mentioned the possibility of launching a hostile takeover bid (OPA) directly through the shareholders to bypass the board of directors (CA).

“Once the financing was put in place with the threat of a hostile takeover, the board could no longer resort to a white knight or a second bidder,” noted Dan Ives of Wedbush Securities on CNBC.

“It put their backs to the wall and forced them to come to the negotiating table,” added the analyst.

According to US media, Twitter’s board met Sunday morning to review the billionaire’s proposal.

The group’s management body, made up of 11 members, was initially hostile to it by adopting a so-called “poison pill” clause to make the acquisition more difficult.

The clause provides that if a shareholder reaches more than 15% of the capital of Twitter, the board of directors reserves the right to sell off the shares for all other holders of securities. Mr. Musk currently owns just over 9% of the social network’s common stock.

Shortly after entering the capital of the company, the whimsical boss had been invited to join the CA, but he had declined this offer.

With more than 83 million subscribers, the richest man on the planet (his fortune is estimated at $269 billion by Forbes) uses his Twitter account almost daily to share news about his businesses. , joke or start polemics.

He has criticized Twitter on numerous occasions, particularly regarding freedom of expression and content moderation, which he considers too harsh.

His regular provocations and libertarian views have made him unsympathetic to many people in Silicon Valley.

“Twitter has a purpose and a meaning that concerns the whole world. I am very proud of our teams and inspired by the work that has never been more important,” reacted Parag Agrawal, the current leader of Twitter, after the announcement of the acquisition.

The return of Donald Trump?

“I hope even my worst critics stay on Twitter, that’s what free speech means,” Elon Musk tweeted Monday, ahead of the announcement.

Some observers believe he could re-authorize deleted accounts, including that of Donald Trump and some of his supporters.

The former American president, however, ruled out Monday to return to Twitter, from which he was banned in January 2021.

“I’m not going to Twitter, I’m staying on TRUTH,” he told US channel Fox News in reference to the Truth Social platform, which he launched in February and touted as an alternative to Facebook, Twitter and YouTube.

“I hope Elon will buy Twitter because he will make improvements and he’s a good guy, but I’m sticking with Truth,” he repeated, explaining that “Twitter has bots and fake accounts.”

Twitter had deleted Mr. Trump’s account on January 8, 2021, followed by nearly 89 million subscribers to whom he spoke daily, believing that there was a risk of incitement to violence.

Handing the reins of Twitter to Mr. Musk is sure to unleash conspiracy theories that the platform has tried to quell. Any attempt to use the platform to share legitimate information will be overshadowed by a toxic quagmire of misinformation.

Another area Elon Musk might also want to invest in is to make Twitter more profitable and increase user growth.

He has already suggested several changes, such as adding an “edit” button to correct a tweet after posting and changes to the paid subscription plan, Twitter Blue.

The San Francisco group must publish its quarterly results Thursday before the opening of Wall Street.