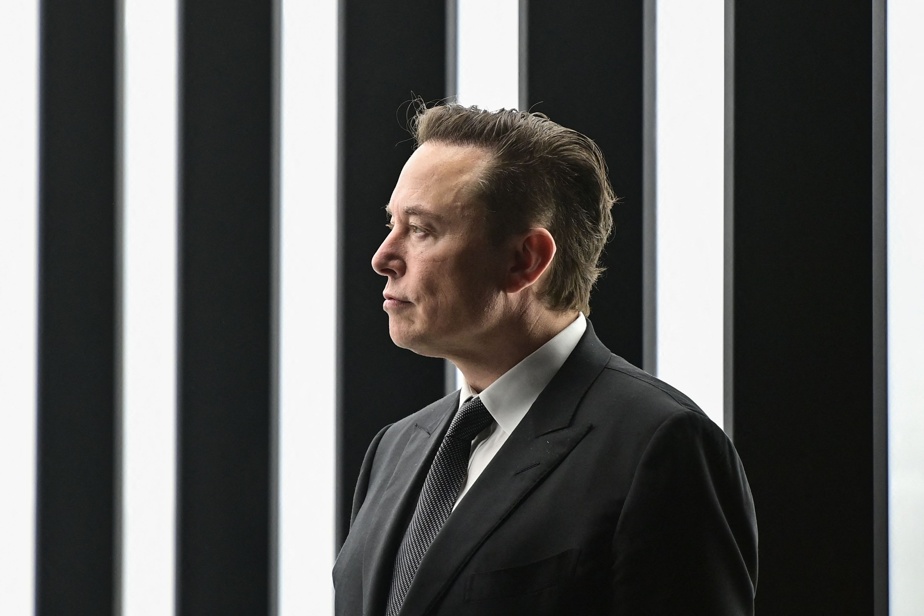 (New York) Elon Musk will meet Twitter employees for the first time on Thursday and is expected to clarify his vision for the social network he agreed to buy two months ago.

The meeting, which will be “moderated” by Twitter marketing director Leslie Berland, according to Business Insiderwill take place virtually and not face-to-face, and will see the entrepreneur answer questions submitted, in advance, by some of the 7,500 employees of the San Francisco group.

According to the Wall Street Journal, the boss of Tesla and SpaceX will take the opportunity to reiterate his intention to take control of Twitter, while some observers still doubt the completion of the operation.

On the stock market, the price of Twitter remains much lower (30% less) than the price offered in mid-April by Elon Musk, a sign that Wall Street is not yet convinced.

On Wednesday, the platform’s chairman of the board, Bret Taylor, confirmed that the group still “intends to complete the transaction”.

Since the revelation of a first equity stake in early April, Elon Musk has sent conflicting signals on this issue, through his usual communication on Twitter, sometimes cryptic and aggressive.

In early June, he threatened to withdraw his offer and accused the company’s management of “(actively) resisting” his requests for information on spam and fake accounts, Twitter finally agreeing, a few hours later, to provide him with the information necessary for its evaluation.

On the financing side, the richest man in the world has significantly reduced the share of loans initially planned, which now represents only 13 billion dollars out of the 44 that this buyout must cost.

To do this, he notably secured the support of several large fortunes and investment companies. On Thursday, the boss of the Binance cryptocurrency exchange, Changpeng Zhao, told AFP that he would contribute, for his part, up to 500 million dollars.

“Twitter is probably the most important freedom of expression platform in the world,” said the Chinese-Canadian entrepreneur.

Some Twitter employees are worried about the directions that Elon Musk wants to take once at the head of the group.

The fiery entrepreneur has repeatedly criticized Twitter’s moderation policy, including since its entry into the capital, believing that the social network had gone too far and curbed freedom of expression.

Mr. Musk also felt that Twitter was “politically oriented to the left”, because it was based in San Francisco, and should be “more impartial”.

The South African-born leader’s intervention also comes days after he demanded that Tesla employees work at least 40 hours per week face-to-face or lose their jobs.

A speech that contrasts with that of the current leaders of Twitter, who pledged, in March, to allow employees to work entirely remotely, without any restrictions.

“This meeting is a new step in the right direction and the conclusion of the operation,” said Dan Ives, analyst at Wedbush Securities, in a note. It’s also “an inspired decision, as Twitter employees have been left in the dark” since the announcement of the acquisition, and “are asking a lot of questions in this time of volatility and uncertainty.” »