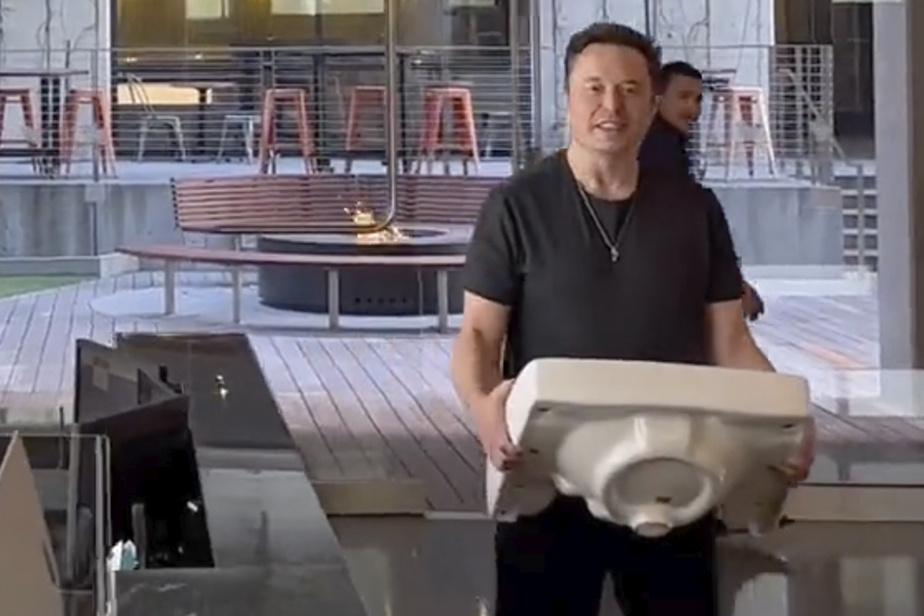 (New York) Elon Musk uploaded a video on Wednesday showing him at the premises of Twitter, which he must complete the takeover by Friday, and renamed himself “Chief Twit” on the social network.

In the short film, the fiery entrepreneur arrives at the reception of what seems to be the company’s headquarters, with a sink in his arms, hilarious.


He thus plays on the word “sink” (washbasin), used in an American expression that he posted on the message accompanying the video.

“I’m going to Twitter headquarters – I’ll let you absorb the information! “, or” let that sink in “in English, he wrote, on his account.

To put an end, at his request, to the litigation between him and the leaders of the blue bird group, the Delaware judge in charge of the case gave Elon Musk until Friday to finalize the takeover.

The conclusion of the transaction would put an end to seven months of adventures which have often opposed the boss of Tesla to the leaders of Twitter.

In early July, Elon Musk announced that he was giving up taking control of the social network, a decision that Twitter had challenged in Delaware justice.

He had finally changed his mind at the beginning of October, a few days before a trial which promised to be delicate for him.

But Twitter had refused to drop its lawsuit, leading the lead judge to dismiss the case and ask the parties to settle by October 28.