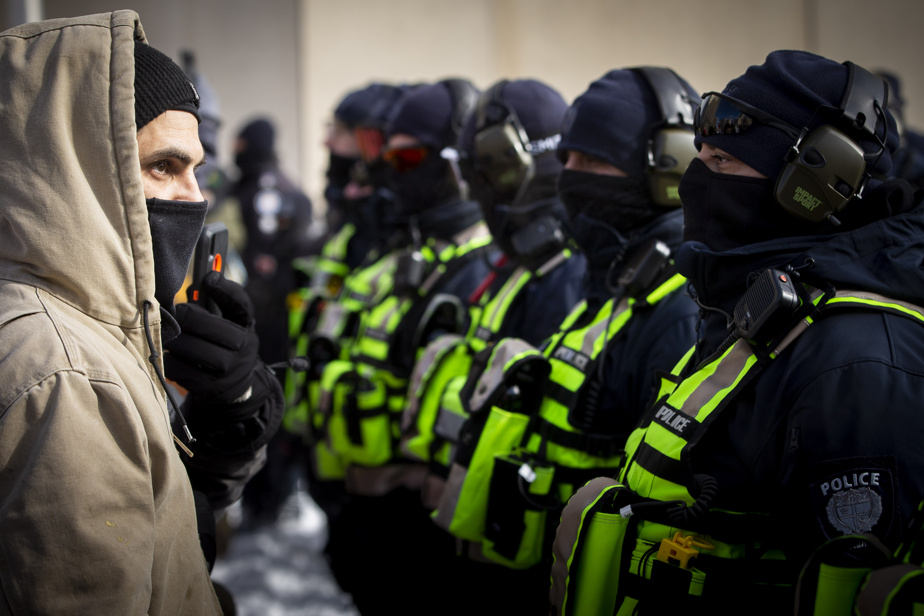 (Ottawa) The power to compel witnesses to appear and produce documents must be part of the inquiry into the invocation of the Emergency Measures Act, according to the Canadian Civil Liberties Association (CCLA) and 14 other organizations. The landmark use of this law ended the truckers’ protest that paralyzed downtown Ottawa for 24 days last winter.

“We want a real public inquiry,” said Canadian Civil Liberties Association lawyer Cara Zwibel in an interview. She asks that the Liberals consult the opposition parties for the appointment of commissioners will be responsible.

This position is supported by 14 other groups including Amnesty International, the League for Rights and Freedoms, the National Council of Canadian Muslims and World Press Freedom.

The government has less than two weeks to launch the investigation required by law. The latter has 60 days following the declaration of a crisis situation to shed light on the circumstances which led to the invocation of the Emergency Measures Act. The report must be tabled in the House of Commons and the Senate within 360 days. This is one of the safeguards included in the law to prevent abuses.

However, the legislation does not provide further details on the nature of the investigation. The government must therefore ensure that it paints the full picture of the events that led it to invoke emergency measures for the first time since the adoption of the law in 1988.

“It is in the interest of the government to conduct a full and transparent public inquiry because there has been a loss of public confidence in the various levels of government and government institutions because of the invocation of law, argues Mme Zwibel. So, I believe that the public has the right to understand what happened and the lessons that can be drawn from it. »

Prime Minister Justin Trudeau has canceled the use of the Emergency Measures Act on February 23, less than 48 hours after the House of Commons approved it. The Senate, which was in the middle of a debate, did not have time to vote.

A vast police operation, spread over three days and involving nearly 2,000 agents, had put an end to the demonstration during the previous weekend. In all, 230 people have been arrested and nearly 120 face charges.

Acting Ottawa Police Chief Steve Bell has repeatedly said that the extraordinary powers granted by this law were helpful in shutting down the protest. In particular, it allowed him to create “an exclusion zone” in the city center to prevent the arrival of new demonstrators, to freeze the assets of participants without judicial control and to require the services of towing companies who feared reprisals.

Police forces deemed the Ottawa protest posed a national security threat a week before the Trudeau government invoked the Emergency Measures Act. The ACLC, which is challenging the government’s decision in federal court, believes instead that the proof of a real threat to national security has never been made.

A joint parliamentary committee of deputies and senators has also been established to review the use of this legislation.