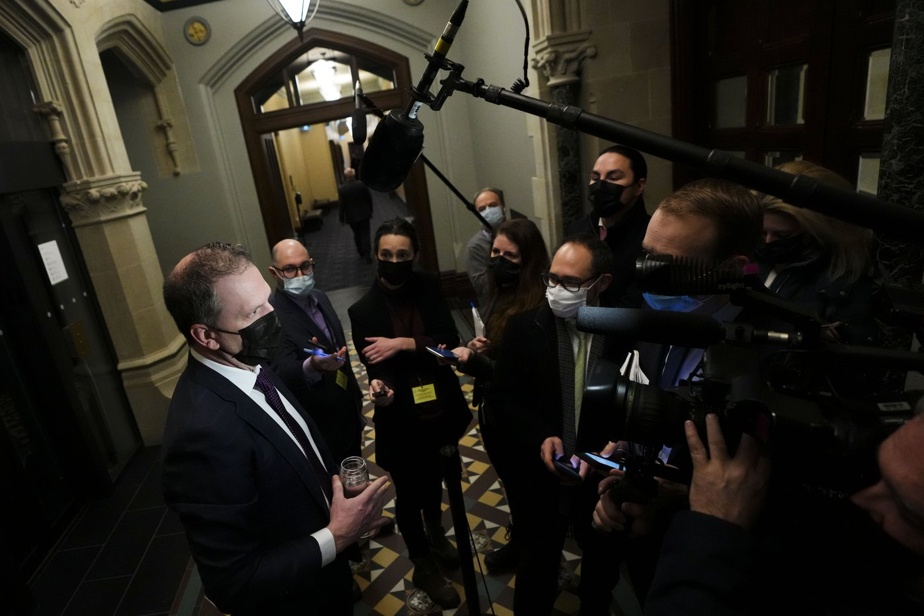 Disagreements between Conservatives and Liberals over the composition of a joint committee to look into the ins and outs of using the Emergencies Act will come to the fore Wednesday afternoon.

Government House Leader Mark Holland said Wednesday morning that debate on his motion on this committee will resume later in the day.

Asked to clarify whether the Liberals expect to come to a vote the same day or Thursday, he replied that his “preference (is) to find an agreement and unanimity with the other parties”.

He added that discussions with opposition parties are continuing to find a consensus.

The Emergencies Act provides for the creation of a joint committee of MPs and Senators to review the ways in which last resort legislation has been used. Prime Minister Justin Trudeau had decided to use it to end the anti-sanitary measures protests that paralyzed downtown Ottawa for weeks.

The Conservatives, however, disagree with the formula advocated by the government – through Mark Holland’s motion.

The House leader of the Liberals wants the committee to be co-chaired by a Bloc MP, an NDP MP and an independent senator chosen by the Senate.

“In my opinion, it’s so important to make sure that the people who are going to be the chairs or co-chairs of the committee are independent,” Holland said on Wednesday before heading to a Liberal caucus meeting.

Initially the Conservatives had asked for an MP from their political party, as well as a senator, as co-chairs. They argued that oversight committees have traditionally been chaired by the official opposition.

On Monday, Conservative House Leader John Brassard made another proposal. He presented an amendment to the motion of his Liberal opposite so that the presidency be entrusted to a Liberal and a Conservative. According to him, this would achieve a balance while respecting the prerogative of the official opposition to sit in the chair.

The Bloc Québécois signaled on Monday that it intended to support the Conservative amendment.

Debate is expected to resume in the House on Wednesday afternoon.

– With information from Pierre St-Arnaud